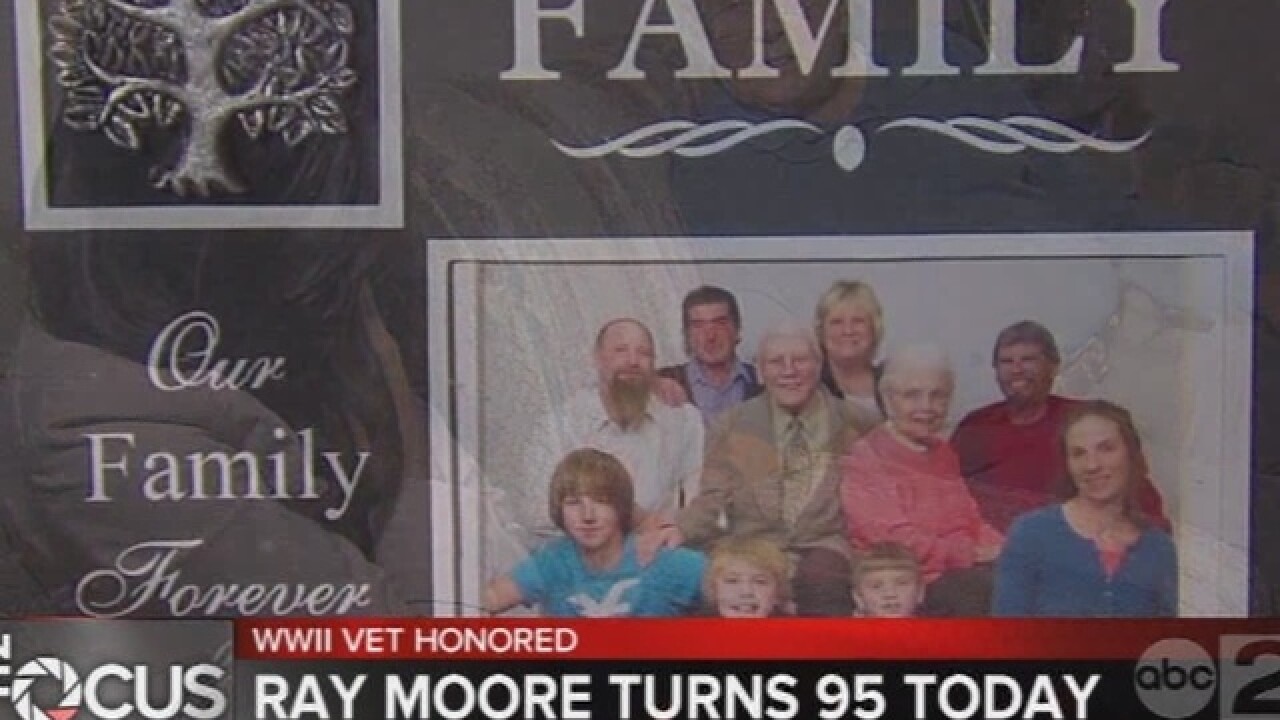 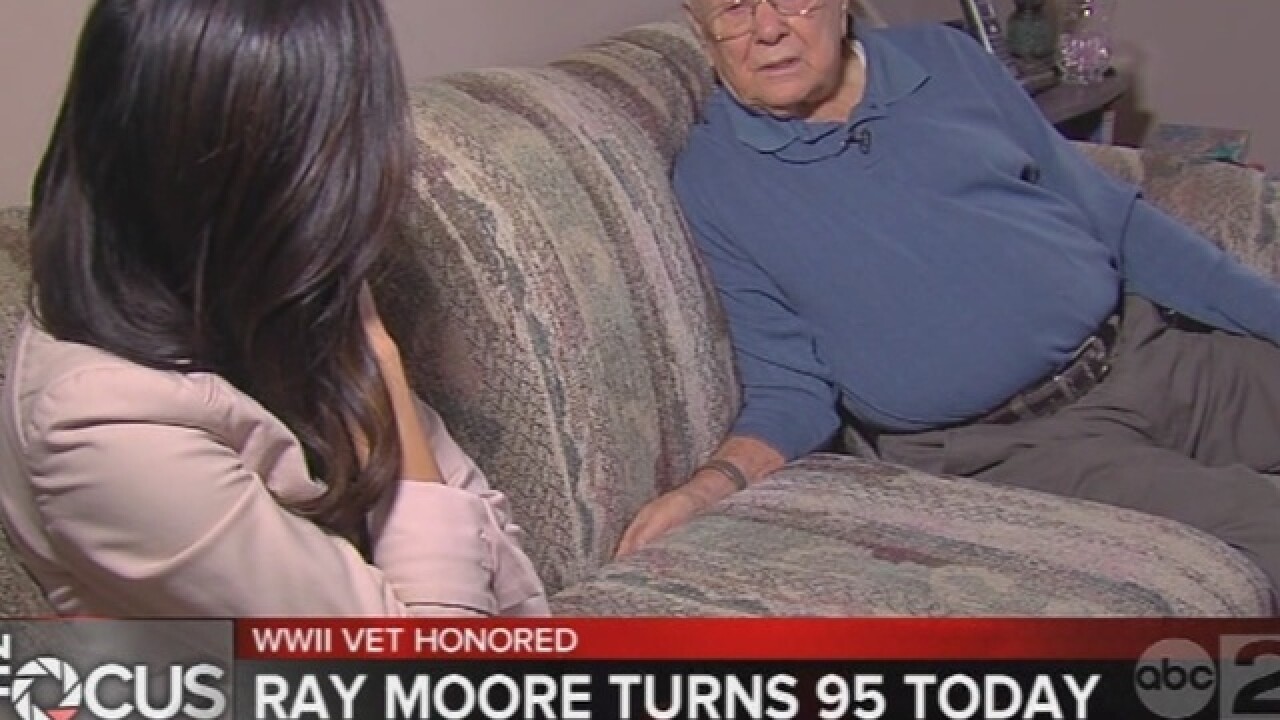 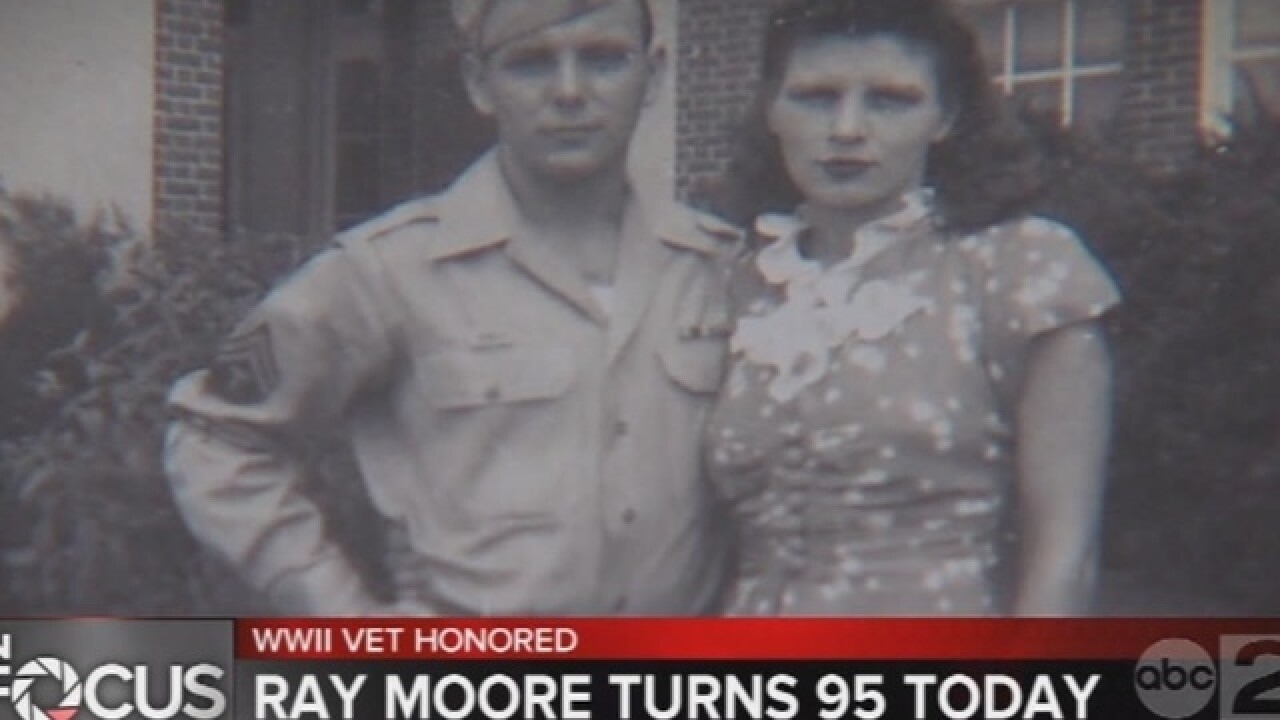 In Baltimore County, it isn't just New Year's Day. It's officially Raymond C. Moore day. The lifelong Baltimorean and World War II veteran also celebrates his 95th birthday.
"I feel very good, very lucky," he said.
Moore, a New Year's baby who's now 95, has lived a long, full life. What's his secret?
"A good wife," he said. "I married my wife in 1942, just before I went overseas, went into the service actually. We were married almost 73 years. Seventy-two years and 10 months. I miss her dearly. She was a great, great woman."
He still wears his wedding ring, as a sign of devotion to the woman who waited for him to come home.
"You had so much to do, they really kept you busy," Moore said of his wartime service. "But I thought of her a lot and I thought, 'I hope I get home to see her.'"
The road back home wasn't easy. As a combat engineer in the Army's 2nd Infantry Division, Moore was among the second wave of troops to storm the beaches of Normandy on D-Day. The horrors of that day and the "Battle of the Bulge" later remain etched in his mind to this day.
"You see so many bodies laid along the roadside and burnt vehicles," he said.
After the war, Moore and his two brothers, who served in different branches of the military, came home. Moore and his wife Naomi went on to raise two children in Parkville.
His granddaughter Tracy Zaremba said she didn't fully appreciate her grandfather's military service until she became an adult.
"I'm honored to have him," she said. "I'm honored to know his past. I'm just honored to have him, still. He's just an amazing man."
Now others are recognizing it, too. Straight to his mailbox, Moore has received certificates from county to state government, even The White House sent a birthday card. But there's just one thing he wants on his special day.
"Have the family around," he said. "I don't need anything. Not a thing."
These days, Moore tries to stay active and still makes time to grab coffee or dinner with friends.
"I've been very fortunate," he said. "Really have. I've got good friends, everyone has been so good to me."
This member of "The Greatest Generation" has some simple words of advice for generations to come.
"Stop smoking, stop the drugs and get a job," he said.
Moore got exactly what he wanted for his birthday, a celebration with family and close friends in Perry Hall, where he now lives with his daughter and son-in-law.
Scripps Only Content 2015