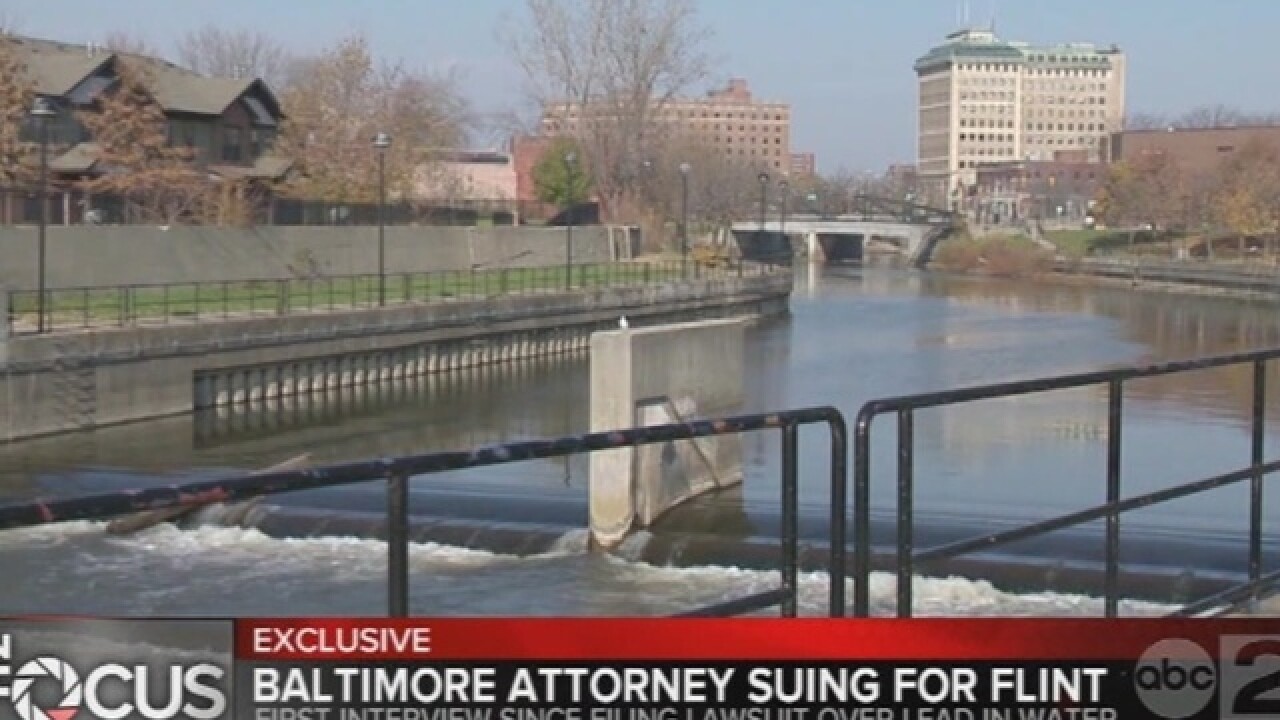 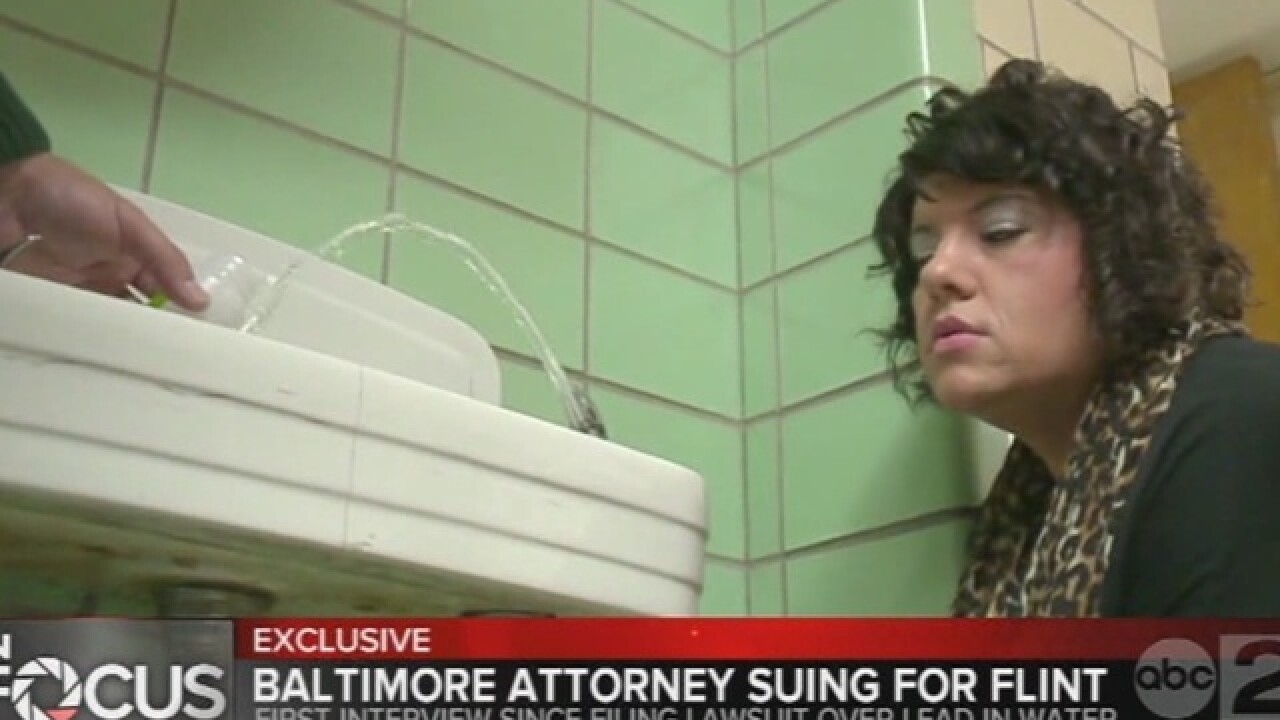 By: Dakarai Turner
Posted at 7:29 PM, Feb 11, 2016
A federal lawsuit filed jointly by Baltimore attorney Billy Murphy and an attorney from Michigan is seeking $150 million for the citizens of Flint, Michigan in the crisis over the city's contaminated water.
Murphy represented the family of Freddie Gray after his death in police custody last year and secured the record $6.4 million settlement from the City of Baltimore on behalf of his mother and paternal father.
Murphy, in his first interview since returning from Michigan, said officials in Michigan knew, or should have known, how to prevent the crisis from happening at all.
"Lead in any amount is poisonous to children and to adults as well. That alone is enough to justify calling it poison," Murphy said about the language used in outlining the claims made in the lawsuit.
Michigan attorney Val Washington joined Murphy in the lawsuit, which outlines allegations against several Michigan officials, including Republican Gov. Rick Snyder.
Residents in Flint began reaching out to Murphy's law firm, Murphy, Falcon and Murphy, asking they be represented by the Baltimore attorney, Murphy said.
The attorney's claim constitutional rights of the city's 31,000 water customers were violated, as were their rights to clean drinking water under state and federal drinking water protections.
The $150 million figure was reached based on clean water customers in Flint paid for but didn't receive.
"There isn't any doubt in my mind, or in anybody's mind, that the government officials involved were grossly negligent in providing this dangerous water," Murphy said.
The issue garnered national attention after officials found water being used by residents contained high amounts of lead, a metal known to cause developmental issues in children. Much of the scrutiny centers around how long government officials knew about the water issues.
Murphy said that could have been as long as a full year.
"Out of the house unanimously we passed legislation that would provide more transparency," said U.S. Rep. Donna Edwards, a Prince George's County Democrat.
The crisis has also been the subject of legislative hearings. Wednesday, Flint's new mayor, Karen Weaver, appeared before the Democratic Steering & Policy Committee, co-chaired by Edwards.
The committee also invited Snyder, but that invitation was declined through a spokesperson as he dealt with the ongoing crisis.
"This is not about playing gotcha and trying to score points. This about trying to find out what happened and how it happened so it doesn't happen to another community again," Edwards said.
The lawsuit seeks class action status.
A representative for Snyder declined to comment on the lawsuit.
A Flint city attorney did not respond to ABC2's request for comment.
Scripps Only Content 2015