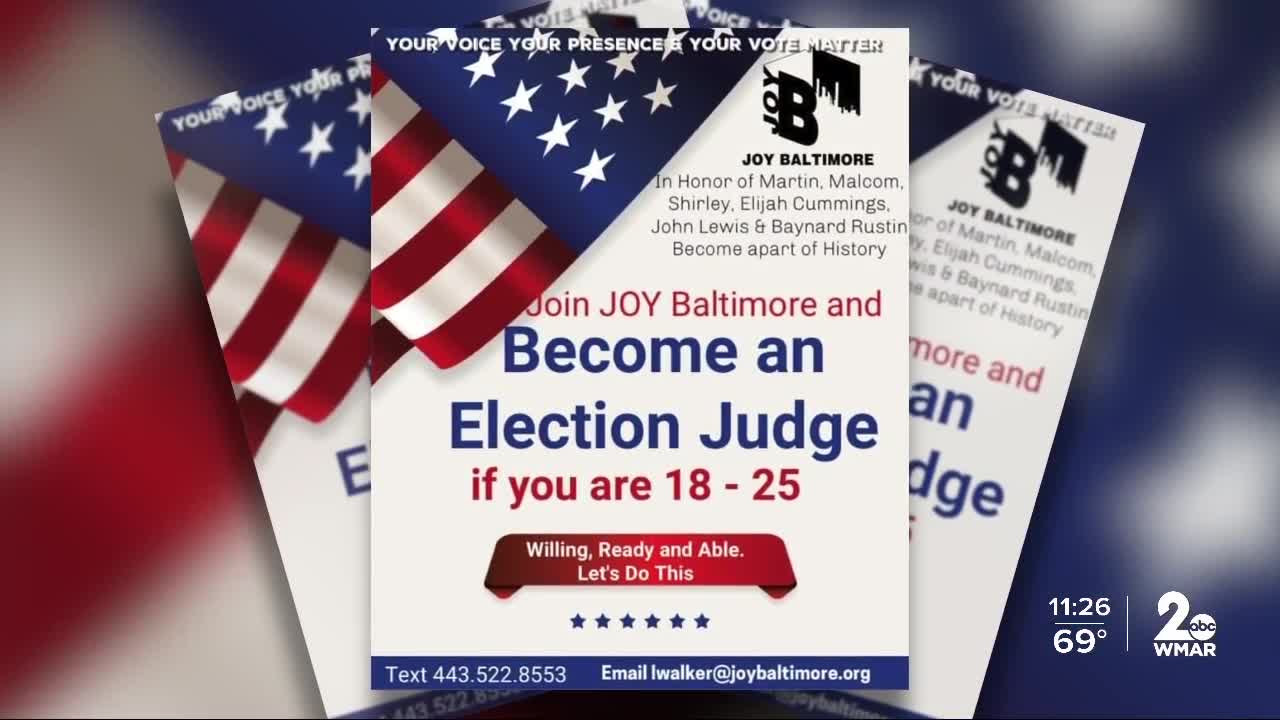 With the election less than 80 days away, the state is still dealing with a shortage of poll workers. David Garreis, the president of the Maryland Association of Election Officials (MAEO), said the state still needs about 2,000 poll workers.

BALTIMORE — With the election less than 80 days away, the state is still dealing with a shortage of poll workers.

David Garreis, the president of the Maryland Association of Election Officials (MAEO), said the state still needs about 2,000 poll workers.

He said the state did need more than 10,000 election judges, but he added the state opting to open voting centers over traditional neighborhood polling places helped.

However, Garreis said what was an dire emergency is still a problem.

“We’re still in a situation where every day we are losing people,” he said.

Garreis, who is also the Deputy Director at the Anne Arundel County Board of Election, said the county is losing 50 poll workers a week. He said most of them are over 60 and are worried about COVID-19.

“They don’t want to risk their health, their welfare or even their lives to serve as election judges,” he said.

In addition, some local non-profits such as JOY Baltimore are stepping up to recruit poll workers.

Lonnie Walker, who is the founder of the organization that helps young people register to vote, said he’s launching a social media campaign to get young people to become election judges.

“I know how important it is to have those people there so people can come out and vote,” he said. “Right now we already have 8 young people to become election judges.”

Walker said the recruiting campaign officially starts Friday, but added he’s happy with how many young people have been willing to step up to the plate.

“2020 is an important election, so we want to make sure it is as smooth as possible,” he said.

In Maryland, people as young as 16-years-old can become an election judge. On Wednesday, the state board of election urged counties to recruit more students.

One election official said it would give them a chance to get community service and would help the state have more workers. He called it, “a win-win”.