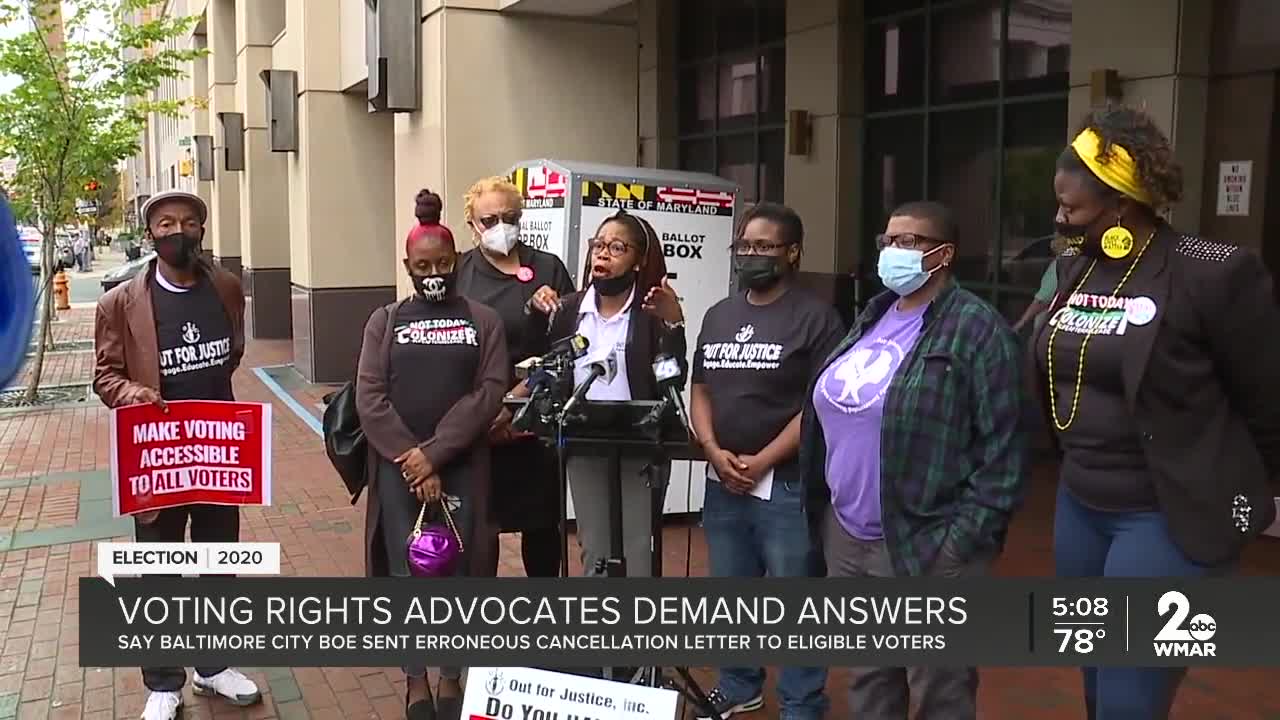 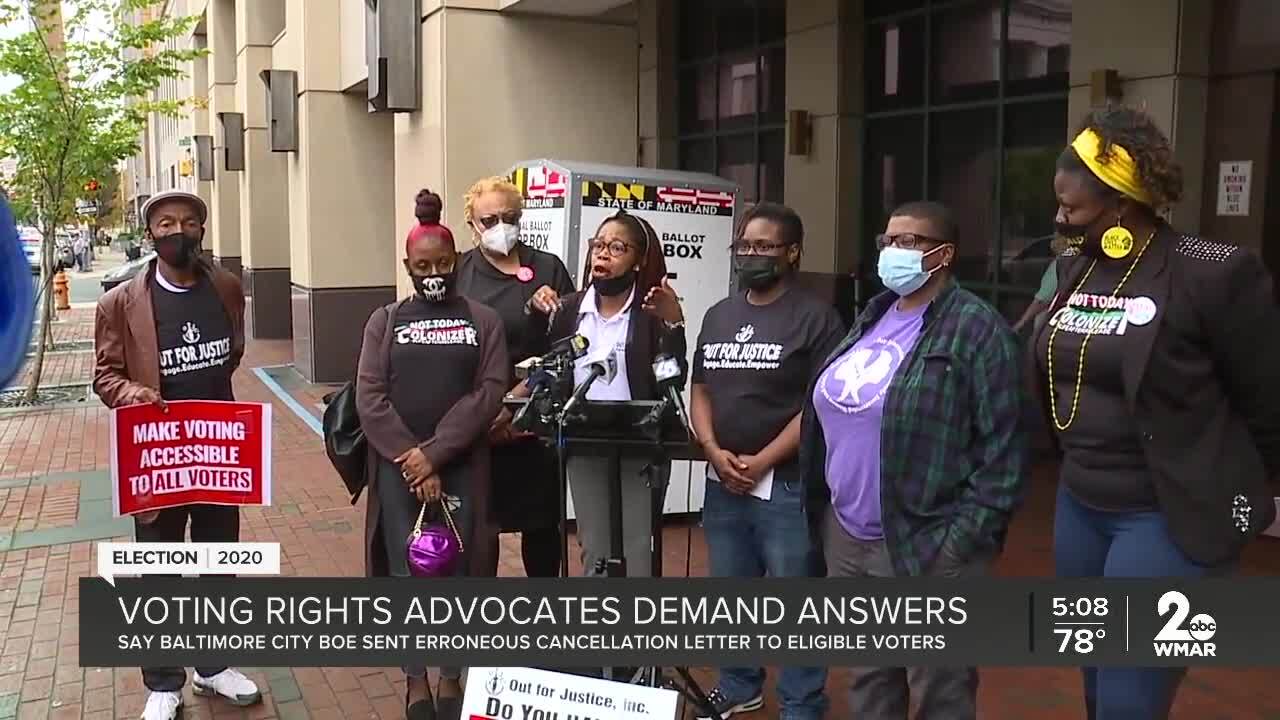 BALTIMORE — Voting rights advocates want answers after the Baltimore City Board of Elections told an eligible voter she couldn’t cast a ballot.

A letter was sent to Latasha Fason and said her voter registration form was invalid because of her criminal record.

Fason was released from prison in September. She registered to vote after that with Nicole Hanson-Mundell.

Hanson-Mundell’s group, Out for Justice, launched a ValueMyVote campaign addressing a 2016 law that gives certain people, even with records, the right to vote.

Advocates want to know why the letter was sent and who else got one. If you got one, the Expand the Ballot Coalition says to ignore it.

WMAR-2 News reached out to the Board of Elections office; we are waiting to hear back.