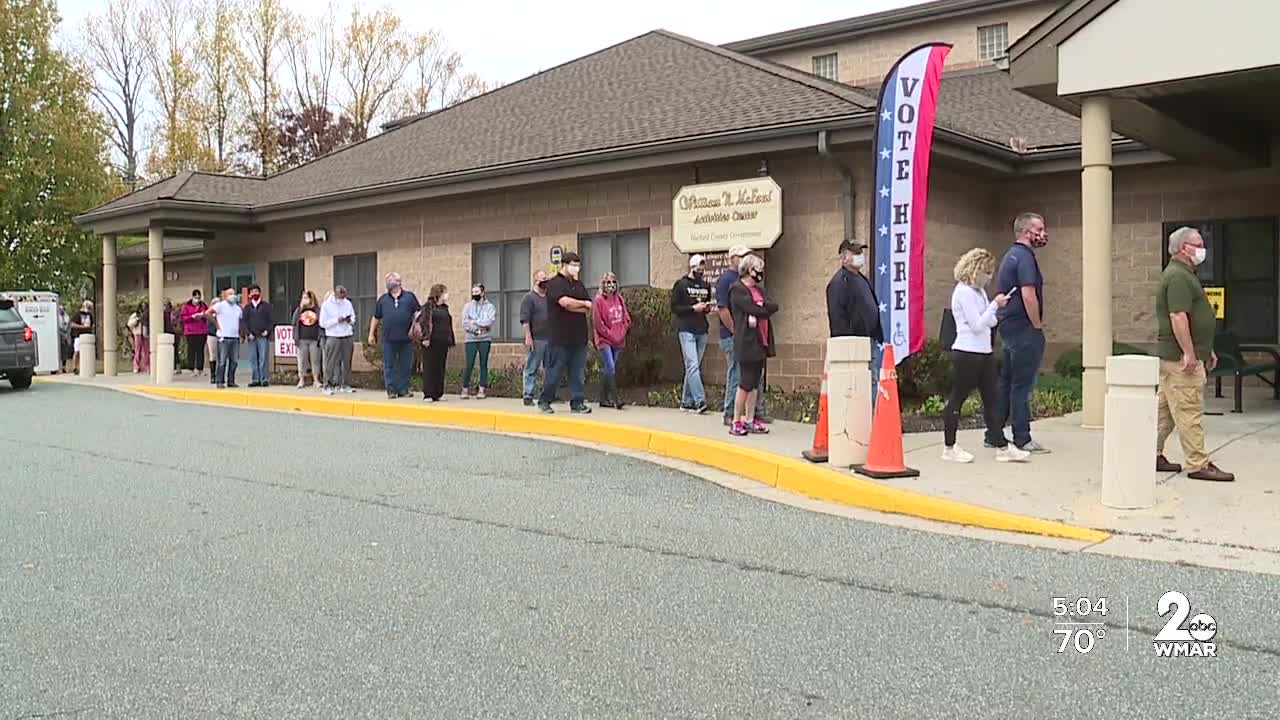 BEL AIR, Md. — Marylanders continue to show up in large numbers for the third day of in-person voting. As of 4 p.m. the unofficial number for Wednesday's voter turnout was just above 104,000, according to the Maryland State Board of Elections.

WMAR-2 News visited two polling places in Harford County to get perspective on county voting and what's important to individuals.

We first visited Aberdeen where voting time at the Aberdeen Community Center was well under 15 minutes.

"It was easy," said Carol Swigar. "We're all Americans and we should all exercise our right to vote."

"Our country will never ever be America again," she said. "We are going to lose a lot of our freedoms because of the people backing Biden."

WMAR also spoke to husband and wife Bob and Breoni Rhoda. They're a house divided. Bob is a republican and Breoni is a democrat.

"Adding to that," said Breoni, "I think it's important, that we all, us being a prime example of having a difference of opinion but still having love and respect for one another, that is very important."

WMAR found plenty of respect and civility at the McFaul Activity Center in Bel Air where parking was hard to find and the line of voting wrapped around the building.

Thelma Burns said people were polite and kind when she and her brother couldn't find a parking space.

"A couple came out from voting and said, 'wait.' We waited," she said. "They backed out and we pulled in. Everything is going great. All in all, it's very well organized. I'm amazed."