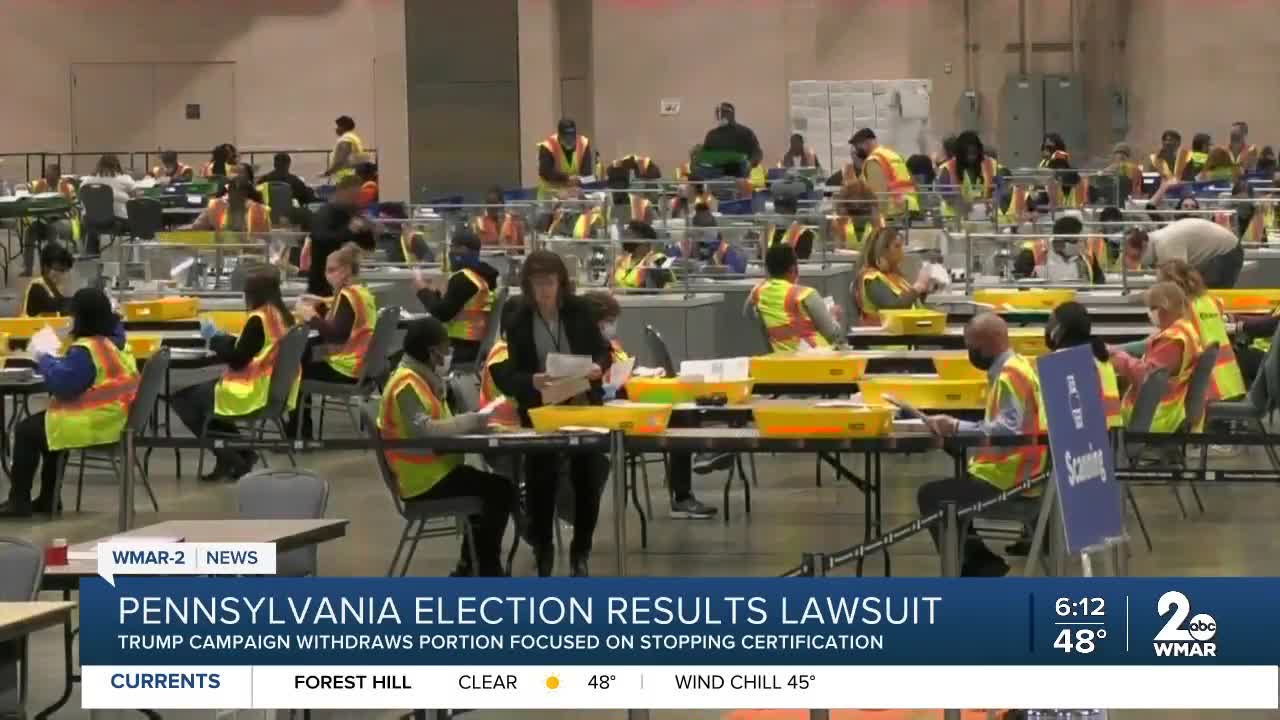 HARRISBURG, Pa. — President Donald Trump's campaign is withdrawing a central part of its lawsuit seeking to stop the certification of the election results in Pennsylvania.

Democrat Joe Biden captured the state to help win the White House. Ahead of a Tuesday hearing in the case, Trump's campaign dropped the allegation that hundreds of thousands of mail-in and absentee ballots were illegally processed without its representatives watching. The campaign's slimmed-down lawsuit was filed in federal court on Sunday.

It maintains its claim that Democratic voters were treated more favorably than Republican voters in fixing mail-in ballots that were going to be disqualified for a technicality.