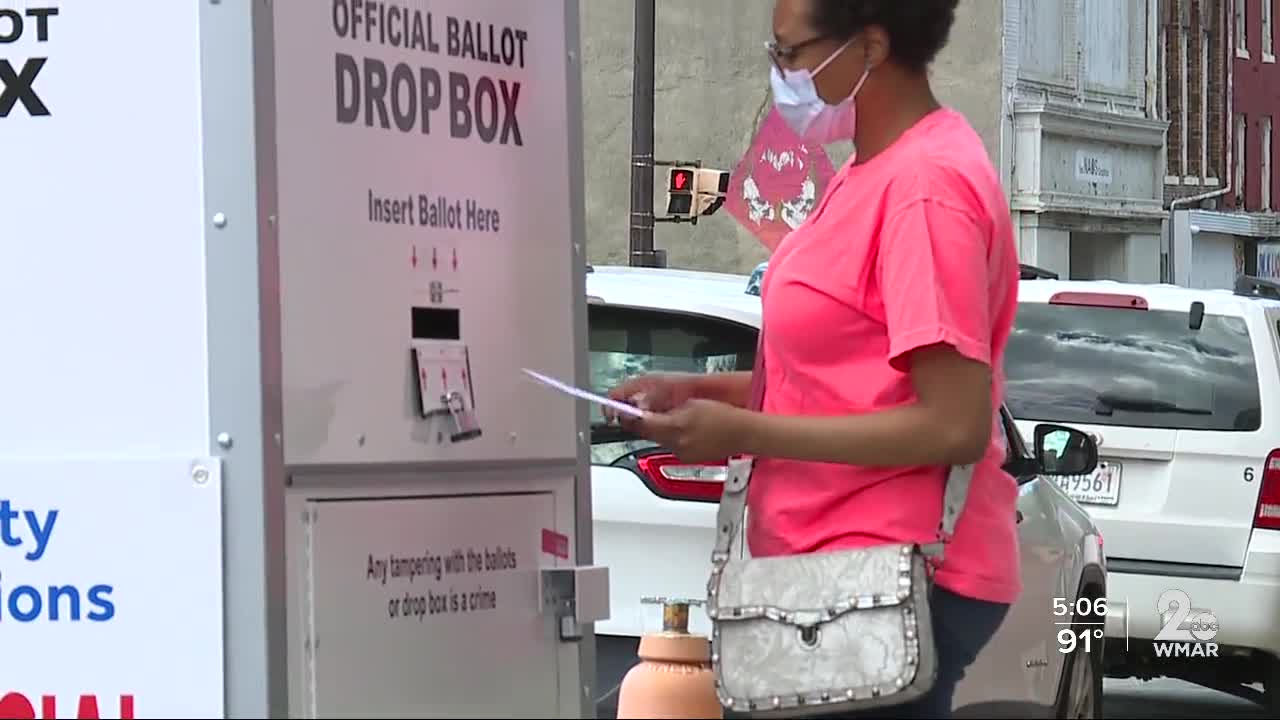 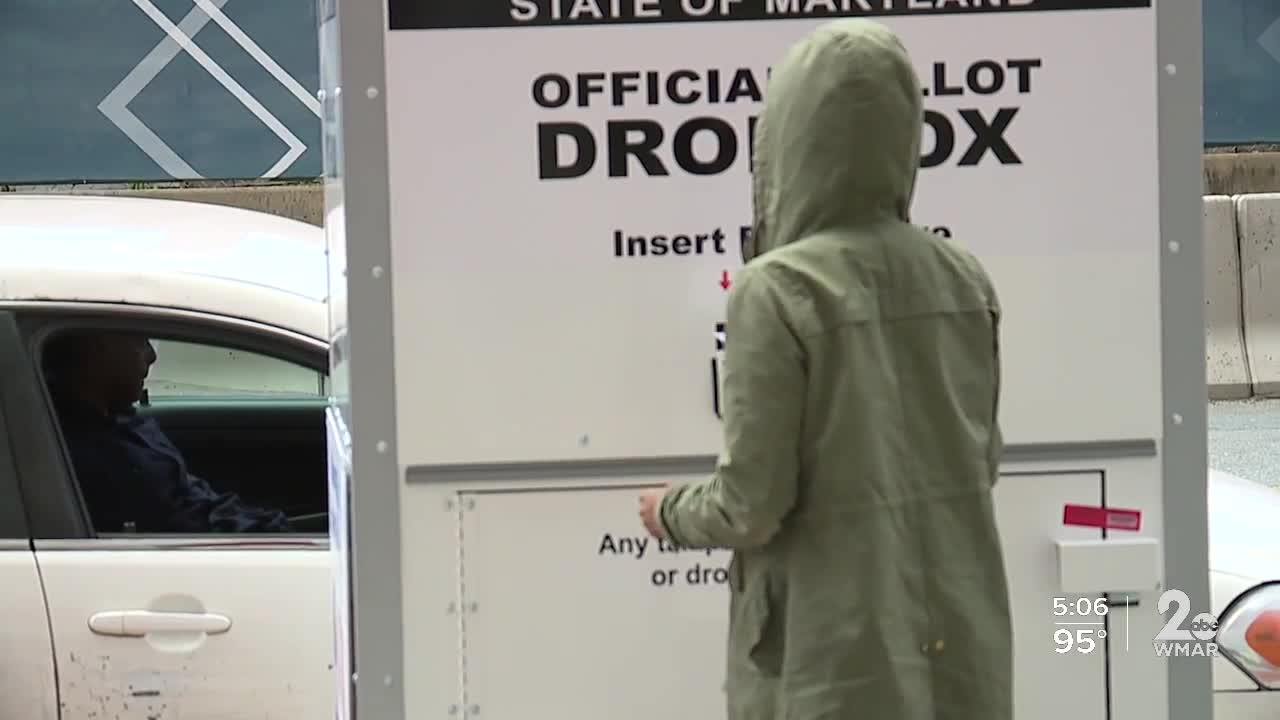 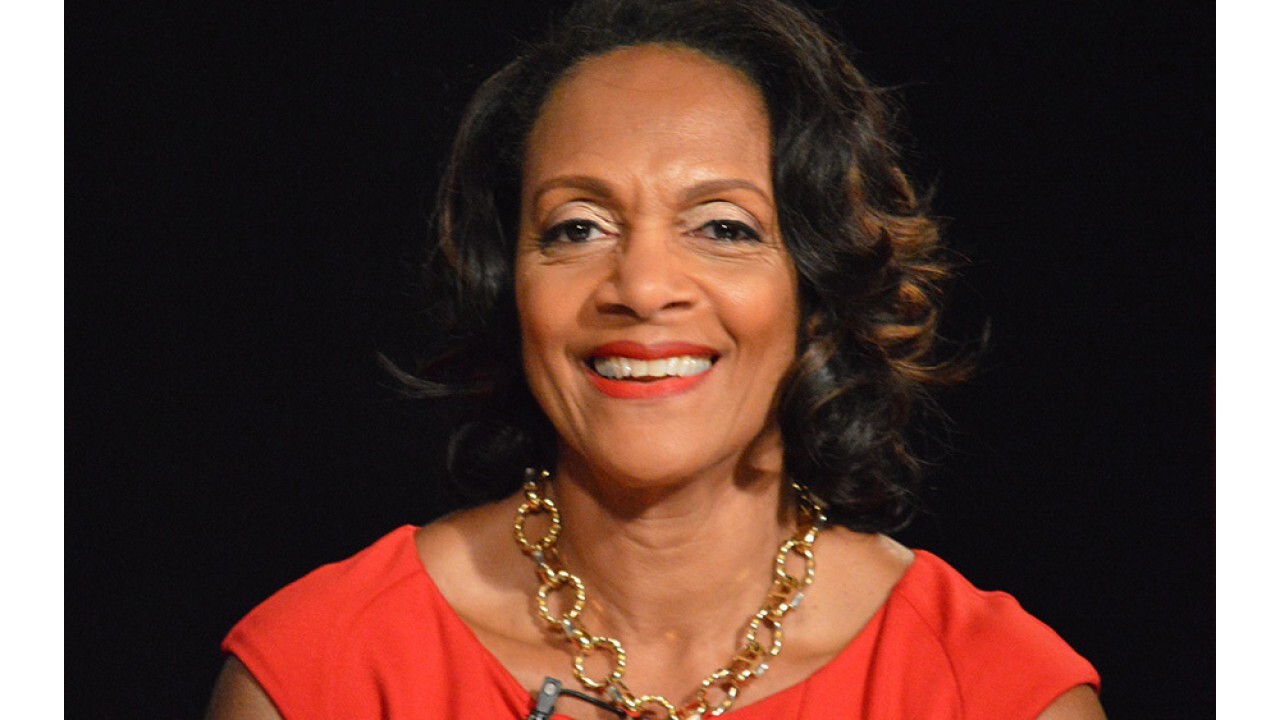 BALTIMORE — Baltimore City's Primary Election results are coming in but not without some complications and confusion.

According to numbers from the Maryland State Board of Elections, Sheila Dixon is leading the Democratic Baltimore City Mayoral nomination with 24,278 votes (30.5%) followed by Brandon Scott (19,685 votes - 24.7%). However, the Baltimore City Election Director Armstead Jones warns that there are still thousands of mail-in ballots to be counted after they deal with one of the issues with this election.

"When you try to put on a major machine like this, there are going to be issues and you try each time to resolve one and the next time it’s a different issue," said Jones.

In Baltimore City, one issue was the long lines at the 6 open polling places, forcing some to stay open late. Jones said that was due in part to the unanticipated high turnout and a shortage of equipment due to redistricting.

Then on Wednesday, the Maryland State Board of Elections announced an error with all the mail-in ballots from District 1. The council member race question was located in the wrong column on the ballots sent out, making scanning and counting the votes impossible. It's a proofing error Jones said should have been fixed months ago.

"When we proofed the ballot some months ago, this particular contest, we asked for some adjustments to be made to it so it seems as though the mailing house mailed out the wrong ballot," said Jones.

The State Board of Elections said they requested the error be corrected by their printer and while it was fixed in the official database, they sent out the wrong mail-in ballots. The board has directed the city to duplicate the affected ballots for re-scanning.

"We will not do any counting until we resolve the race in the first district," said Jones.

This is not the first of second voting issue the board has addressed. Last month, they acknowledged that mail-in ballots for Baltimore City voters were delayed by almost 2 weeks and some voters report they never got one at all.

There was also an issue with ballots deemed "undeliverable" by USPS. They were categorized as “voted and returned” in the electronic poll books so those voters had to use provisional ballots in person.

"Just another example of the challenges that have been occurring with the State Board of Elections," said Lt. Gov. Boyd Rutherford.

During Wednesdays, Board of Public Works meeting, Rutherford called for the administrator of the State Board of Elections Linda Lamone to step down.

"I think it’s time for new leadership there and to be done early with enough time to correct all these issues before we get to November’s general election," said Rutherford.

Comptroller Peter Franchot echoed that call, along with the resignations of Jones for the delays, lines and general lack of trust in elections.

Jones said most of the procedural decisions are not made at the local level.

"My job is to turn a smooth effective election which I have tried to do and have done since I've been here. You have a system that has been implemented for the first time, you have trials and errors and you learn from them. Not only myself but other jurisdictions as well," said Jones.

"We call on the State Board of Elections to immediately release more complete information about anomalies in the primary election results reported for Baltimore City. Overnight and during the day, the SBE took a series of unexplained steps, and released incomplete statements that did nothing but unnecessarily sow confusion and mistrust regarding the election results.

"In a time when the country is facing multiple crises, and when trust in public institutions is at all time lows, and in an environment when misinformation is not only widespread but being intentionally weaponized, our public institutions, and, most importantly, the institutions that manage our elections, have an absolute obligation to quickly and throughly explain not just what they are doing, but why they are doing it. We deserve information so that voters and organizations can make recommendations and take action based on true and complete facts about what happened.

"The State Board of Elections can, and must, do better, and must do so right away.”

In a statement, Scott expressed frustration with administrative issues that have plagued the State Board of Elections this campaign season.

"I’m concerned by the many Baltimoreans who report never receiving a ballot, some of whom were told they could not vote when they arrived at an in-person polling site. I’m also concerned that results were reported and then later removed with no explanation," said Scott.

As the leader in the race thus far, Dixon's campaign still shared similar concerns on how the election was run by the board.

"We are heartened that so many people voted in this election. People showed a great deal of patience waiting in line yesterday. Most important thing is that every vote must be counted. We have questions related to this administration of this election, but the most important thing is that each voters ballot be counted," a Dixon campaign spokesperson said.

Lt. Gov. @BoydKRutherford addressed the election issues during the Board of Public Works meeting this morning, calling for the @md_sbe administrator to step down @WMAR2News pic.twitter.com/hmVkLpL9ve

Below is a full statement from Comptroller Franchot.

Yes, we do have a problem with the Baltimore City elections. A very big problem, in fact. Namely, voter disenfranchisement through gross administrative incompetence and widespread, citywide irregularities.

Inexcusable delays in the disbursement of ballots.

Firsthand accounts, of which there are far too many to reference here, of Marylanders enduring unacceptable barriers to their constitutional right to vote.

Such as ballots that were never received in the mail.

Unacceptably long lines at the limited number of polling stations that were actually open. And people being told at the polls that they had already voted when, in fact, that wasn't the case.

Bizarre and obviously mistaken vote totals being posted to the our state's official board of elections website that caused undue public confusion.

And this morning, more than 12 hours after the polls were supposed to have closed in Baltimore City, the residents and business owners of this city in crisis had no timely updates on the outcome of the races for mayor, council president, city comptroller and various city council seats.

All we can be sure of today is that people who had the right to vote didn't receive a ballot. People who didn't have the right to vote DID. And that, regardless of whatever outcomes are eventually posted by our state and city elections boards, they will be subjected to widespread skepticism if not credible legal challenges.

Our city, state and country are already facing far too many existential challenges without corroded public confidence in the integrity of our democratic process and in the legitimacy of the outcomes. Yet that's what is happening today, yet again, in our state.

It's time for an end to the endless excuses. It's time for a new culture of accountability and competence. It's time for our longtime state elections administrator, Linda Lamone, and our city's election director, Armstead Jones, to resign from their respective positions.

Official results aren't expected to be announced for the next few days. In Baltimore City, they are quarantining the mail-in ballots for about 12 hours before counting them. Jones estimates there are still thousands of ballots to count. Click here to see the unofficial results in Baltimore City.

Mayoral Candidate TJ Smith released a statement regarding the results:

“For I know the plans I have for you.” Jeremiah 29:11. When I announced my plans to run for Mayor of Baltimore, I was content with whatever the outcome was going to be. I was prepared to build my transition team and get started with the important work of rebuilding our city. I was equally prepared to pick up the pieces and move on if I came up short on Election Day.

I am extraordinarily proud of the campaign we ran. Despite the limited resources, we were able to run an effective campaign through the midst of a global pandemic and historic quarantine/stay-at-home order. I knew that my chances to win the Mayor’s seat became significantly tougher, but I stayed encouraged and thought about every single donation my supporters made, every single encouraging message that was sent, and every single yard sign or social media post that bared my name.

I am humbled and grateful to all of my supporters. Thank you! Thank you to my family and my friends, especially my baby boy, Kai. He was with me from day one and he was with me in the background of so many Zooms, on his best behavior. We ran an honest, ethical, and efficient campaign that was focused on leadership, action, and ideas.

We are proud that we didn’t have to resort to personal attacks and “politics as usual” to earn your respect. I want to extend a special thank you to all of the families who lost their loved ones who were part of my campaign announcement. I am forever grateful to Ms. Toya Sykes-Coates, Ms. Sharonda Rhodes, and Ms. Krenee Simmons for baring their souls in my commercial, entitled, The Burden. To all of you- I will never forget your loved ones and I will continue to use my platform to bring attention to your cases and your advocacy. Baltimore, better days lie ahead.

In order for us to truly BeMore, we must engage more, do more, and expect more. We will be okay, but it will take all of us. We must work to support the incoming Mayor for the betterment of our community, our Baltimore. Over the last nine days, we have seen mainly peaceful protests in Baltimore over the senseless murder of George Floyd. These protests have been led by a cross section of people, including youth. Baltimore, five years later, is showing the rest of the country what resiliency looks like. There is so much more work to be done, but it should be encouraging that we are making progress, together.

And we must ensure that there is swift accountability for deliberate injustices and abuses of power. I look forward to sharing ideas with whomever is eventually elected as Mayor of Baltimore in November.

For now, I am going to de-stress and allow my mind to rest after a long and grueling process. I’m going fishing and I’m going to eat some crabs. Everyone, be well, and take care of one another. Thank you again for the amazing support!