Oriole Park to be an early voting center for November election 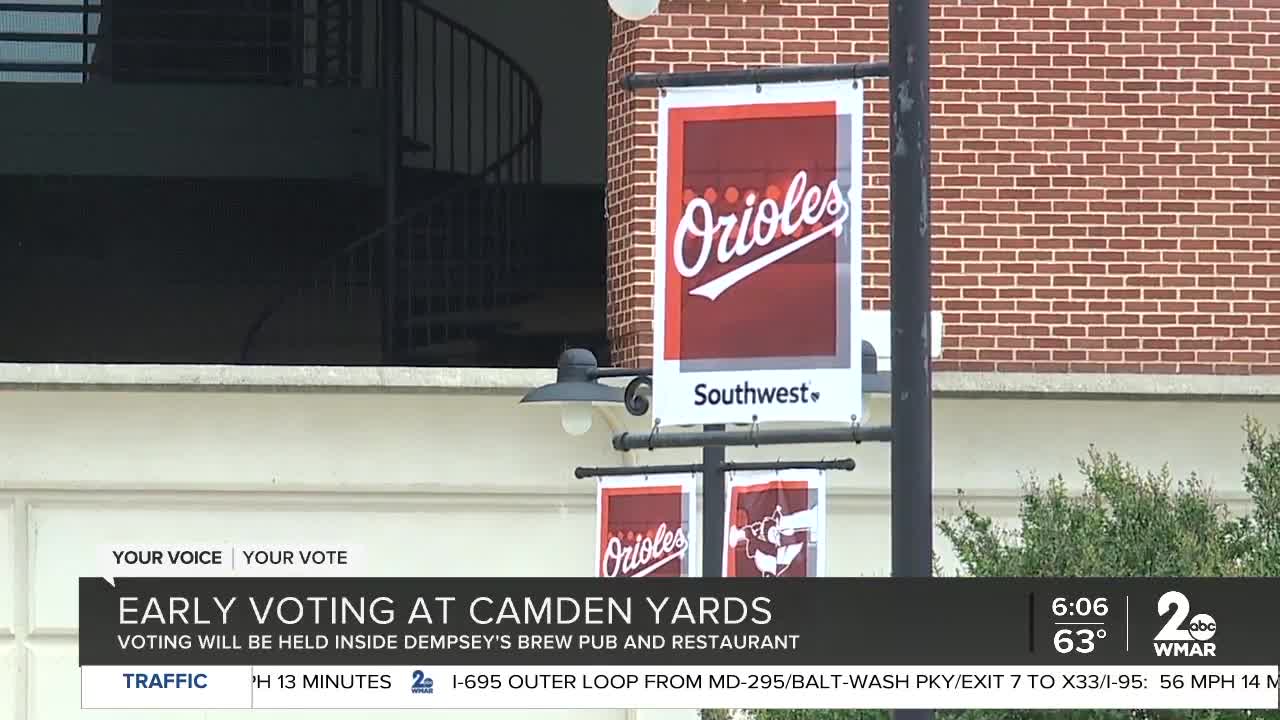 BALTIMORE — On Wednesday, The Orioles announced that they and the Baltimore City Board of Elections are in the final stages of designating Oriole Park as an early voting center.

The announcement, which was made on the team's Twitter account, comes as part of the club’s ongoing "Voter Up" campaign, which is in support of Major League Baseball’s league-wide voter engagement initiative that strives to raise awareness about key dates in this year’s election cycle.

SEE ALSO: Everything you need to know about the 2020 General Election

Additionally, the Orioles and MLB have also declared Election Day as a paid day off for all full-time employees and have encouraged them to vote and volunteer as poll workers or in other roles.