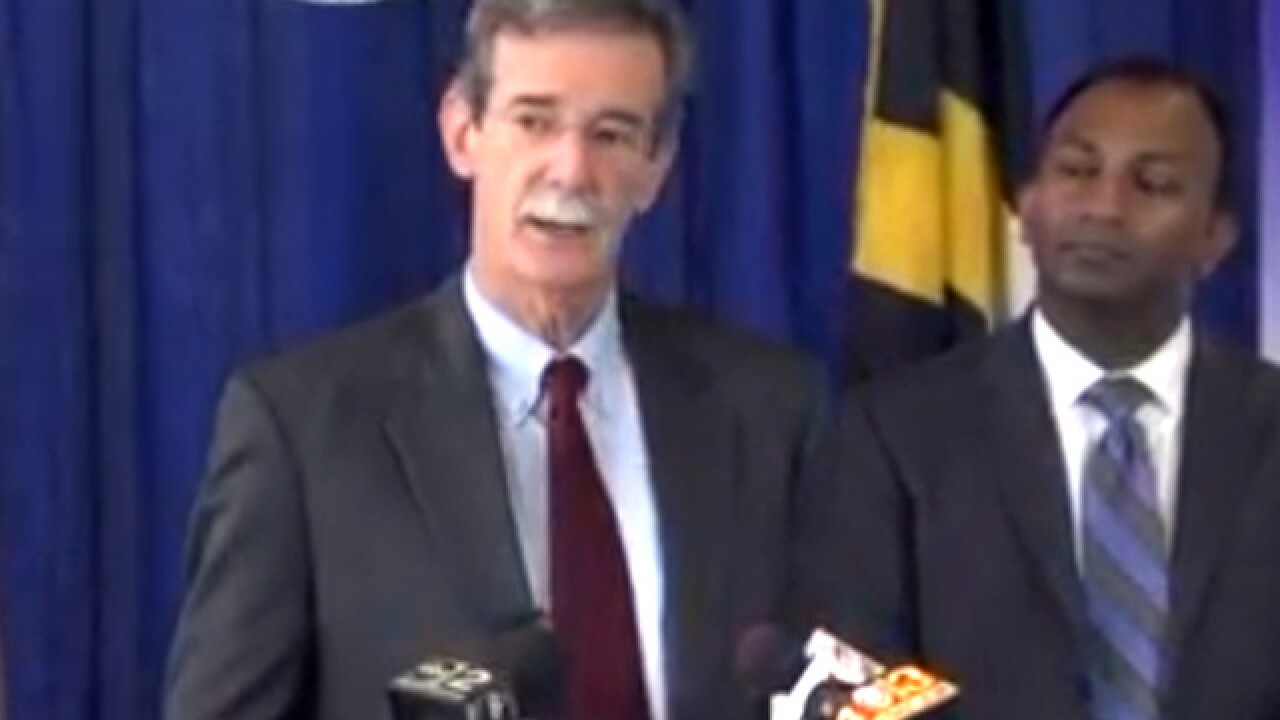 ANNAPOLIS, Md. — Maryland's Attorney General Brian Frosh is urging Governor Larry Hogan to reverse a Thursday order, which directed the Board of Elections to open all in person polling locations for the General Election.

Though Hogan ordered the Board of Elections to mail every registered voter an absentee ballot request application, Frosh says it's not enough.

RELATED: Gov. Hogan directs Board of Elections to have in person voting for general election, offer other options

Below is his entire statement.

We cannot overstate the devastating consequences likely to result if the State of Maryland does not plan now to mail every voter a ballot for the 2020 Presidential General Election.

That is what the Maryland Association of Elections Officials, representing every single one of our state’s 24 jurisdictions, wrote to Governor Hogan on July 6th.

Voting is the foundation of our democracy, and eligible citizens should be able to cast their votes under the least burdensome conditions possible. We are in the middle of a pandemic that is burning out of control. In Maryland more than 3,250 lives have already been lost. Requiring voters to appear in person to cast their ballots unnecessarily puts voters’ lives and the lives of poll workers at risk.

Donald Trump and his acolytes are trying to undermine public confidence in the 2020 election by intentionally making false statements about the potential for fraud in a vote-by-mail election. But Maryland had rejected those calls in the past, and certainly should do so again.

Two days after receiving the strong advice from boards of elections across the state, and in the middle of the pandemic, Governor Hogan reversed course and refused to authorize a vote-by-mail election. He offered no explanation for his change of course, and instead put out a press release trying to re-brand the return to in-person voting as ‘enhanced voting options.’ Governor Hogan’s plan does not enhance voting options. It takes voting options away from Marylanders. Indeed, it threatens to suppress the votes of hundreds of thousands of our citizens.

If we vote as the Governor proposes, more than 4,000 election judges will have to be recruited and trained for Baltimore City. Anne Arundel will need more than 3,000. The judges will be exposed to each other during training and to thousands of voters during the election. Who will take those risks?

Some attack vote by mail elections claiming that they engender voter fraud. The data reveals the ‘voter fraud’ argument itself to be a fraud. Massive voter fraud is exceedingly rare because of the checks and balances that our election processes have in place to prevent it. These checks include tight control and tracking of every ballot, with each ballot containing its own identifying number, as well as steps to verify the validity of a ballot if any questions arise.

Throughout our nation’s history, and around the world, some have sought to gain or retain power by suppressing the right to vote. Stacey Abrams, the director of Fair Fight, a national group fighting for voting rights, has warned that the methods deployed today to suppress the vote are ‘just as intentional and just as insidious’ as those of the past. Many voter suppression efforts have been pursued under the pretext of preventing ‘voter fraud.’ We need to reject that effort in Maryland and reject it across the country.

The Maryland Association of Elections Officials specifically considered the option that Governor Hogan selected. They said it would ‘cause voter confusion.’ They said that other jurisdictions that tried it found it was ‘costly, inefficient and unsuccessful.’

I agree with Governor Hogan that ‘this discussion should not be subject to undue partisanship or political influence…’ Bowing to Donald Trump’s reckless demands for in-person voting puts at risk the lives of Maryland citizens and risks disenfranchising many thousands of eligible voters. Governor Hogan should immediately reverse course and authorize a vote-by-mail election in the November presidential general election.”