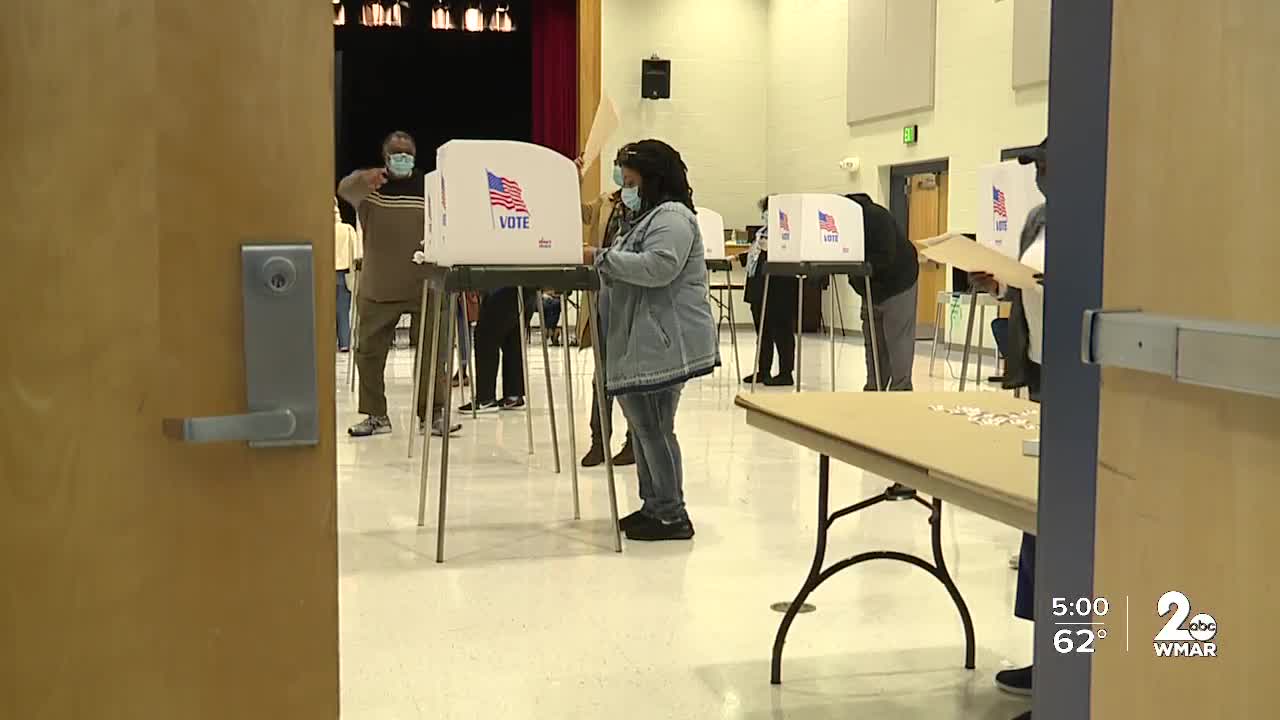 Yesterday's unofficial voter turnout was more than 161,000. It was the highest in a single day of early voting in state history, according to the Maryland State Board of Elections.

As of 4 p.m. Tuesday the unofficial voter turnout was 105,399, according to a tweet sent out by the Maryland State Board of Elections.

"Be the 105,400th by planning ahead, saving time & voting early at an early voting center in your county or city of residence. Wear your face mask!," read the tweet.

The parking lot of the Randallstown Community Center was filled will cars as voters stood in line, all socially distancing themselves.

Wait time Tuesday was roughly 2 hours at max. Most voters who spoke to WMAR-2 News said they didn't mind.

"You learn anything worth having is worth waiting," said Mabel Holland. "I think this is a very historical moment again and I’m just taking the whole process at my age so I could just pass it on."

Chairs were on hand inside the polling site's gymnasium for those with disabilities as well as people who had trouble standing for a long period of time.

"We just want to make sure there are not any mishaps or any health issues," said Danyell Smith, a volunteer with the Election Protection Coalition. "We're just try to be as accommodating as we can."

Smith's organization was also on hand to make sure polling sites were operating properly.