Judge: Eric Trump must testify in NY probe before election 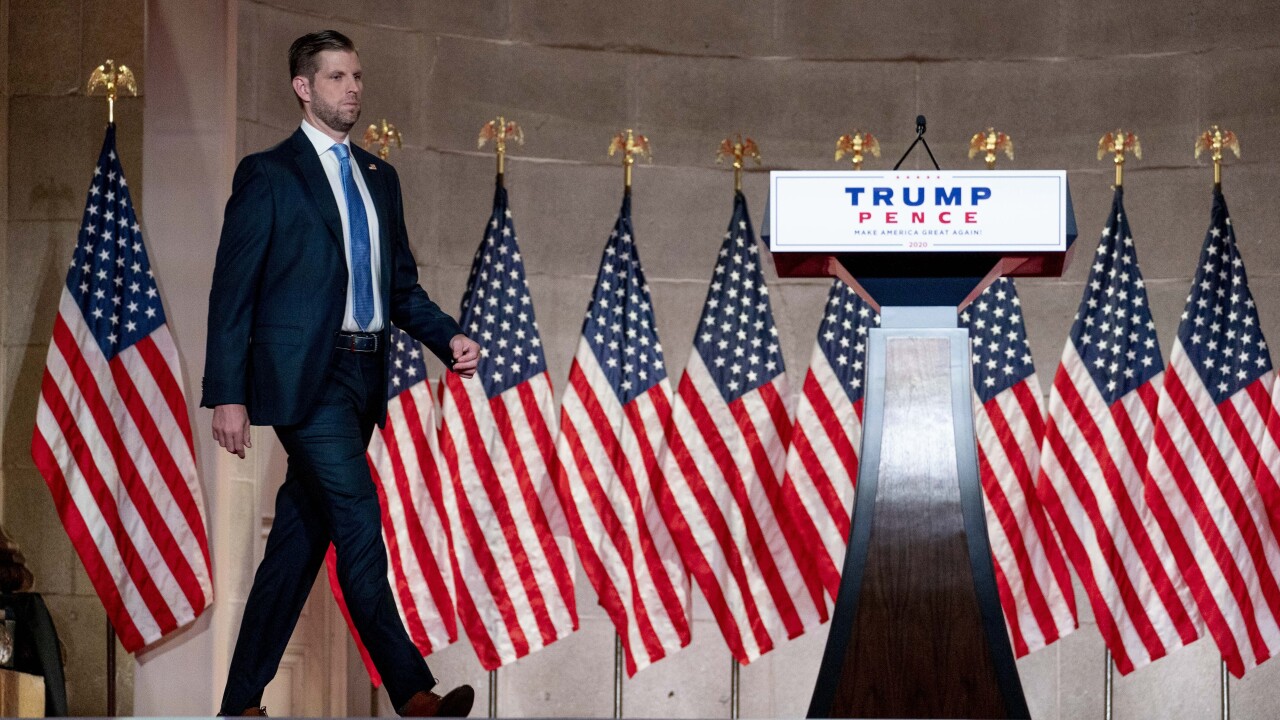 A judge ruled Wednesday that President Donald Trump’s son Eric Trump must testify in a New York investigation into the family’s businesses before the November election.

State Judge Arthur Engoron said Trump must comply with a subpoena for his testimony no later than Oct. 7. Eric Trump's lawyers had claimed his “extreme travel schedule” on the campaign trail warranted a delay. The judge said the investigation and the court are not “bound by the timelines of the national election.”

Democratic State Attorney General Letitia James is investigating whether the Trump Organization lied about the value of its assets in order to get loans or tax benefits.

“We will immediately move to ensure that Donald Trump and the Trump Organization comply with the court’s order and submit financial records related to our investigation," James said. "Further, Eric Trump will no longer be able to delay his interview and will be sitting down with investigators in my office no later than October 7. To be clear, no entity or individual is allowed to dictate how or when our investigation will proceed or set the parameters of a lawful investigation. The court’s order today makes clear that no one is above the law, not even an organization or an individual with the name Trump.”