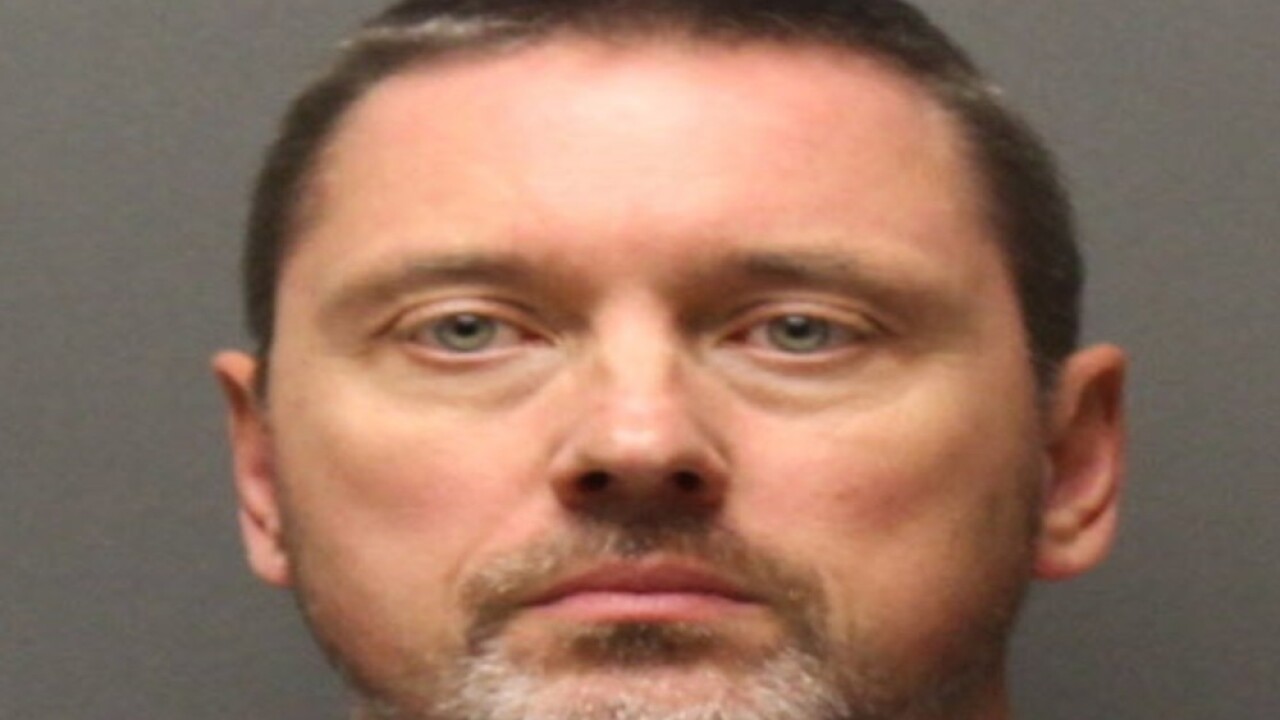 BEL AIR, Md. — A Fallston man who was arrested Monday for refusing to put on a mask inside a polling location is suing the Harford County Sheriff and Board of Elections, accusing them of violating his right to vote.

The lawsuit was filed Tuesday in the Circuit Court for Harford County on behalf of 52-year-old Daniel Swain.

It seeks a restraining order against Sheriff Jeffrey Gahler, Acting Director of the county Elections Board, Kimberley Slusar, and the Jarrettsville Volunteer Fire Company, where the incident occurred.

Here's how it all started.

Around 2:45 pm Monday, Swain and his son Luke went to the fire hall to cast an early ballot.

Neither man was wearing a mask, despite being asked by an elections official to put one on.

When both refused, they were asked to leave.

They again refused, prompting police to be called.

When Harford County deputies arrived, they were told the men were given an opportunity to vote in an area designated for those who were unable or unwilling to wear a mask.

The Sheriff's Office says they went on to negotiate with the Swains for nearly a half-hour.

Luke ended up complying and leaving, but his father didn't leading deputies to place him under arrest on charges of trespassing and violating the Governor's health emergency orders.

Under the order, Maryland residents age five and older are required to wear a mask inside public spaces unless they have a medical condition.

Swain's attorney, Dan Cox, who also serves as an elected member of the Maryland House of Delegates, seemed to dispute whether the Governor's orders include polling locations.

"I anticipate vigorous questioning in the Maryland House of this petty and unconstitutional action of Harford County Sheriff Ghaler," Cox tweeted following Swain's arrest. "He should read better. Total mask exemptions allowed in the executive orders."

The lawsuit is scheduled to go before a judge on Friday at 10:30 am.

As for the charges against Swain, he was released from custody on his own recognizance and is set for a district court trial on December 4.