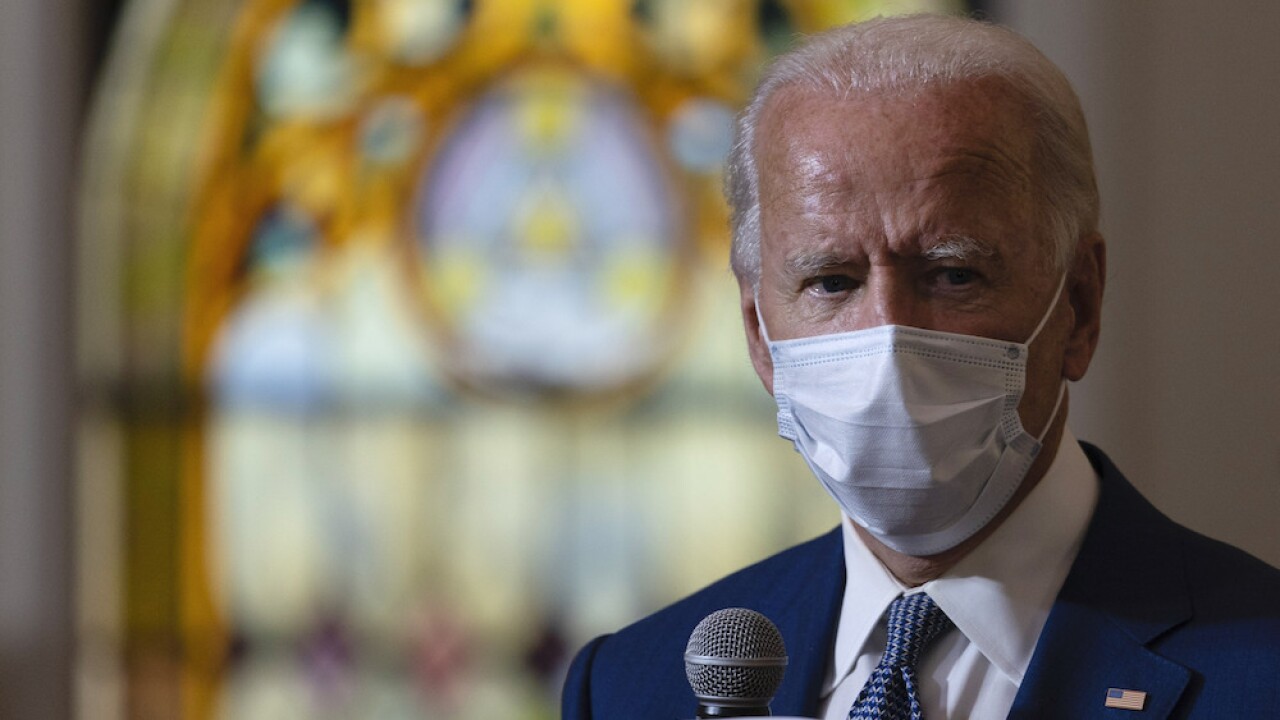 Biden said that there was a "cause for concern" in Friday's report, noting that the U.S. job growth slowed between July and August.

Biden claimed Thursday that Trump's inaction on the virus has caused the U.S. economy to lag behind in recovery efforts compared to other countries. He also criticized Trump for not being more proactive in attempting to bring Congress together to strike a deal for another COVID-19 stimulus package.
"Bottom line, Mr. President: Do your job. Get off your golf course," Biden said.

Biden's address took place from his hometown of Wilmington, Delaware.

This week has been one of the most active weeks of the Biden campaign since he clinched the party's nomination. On Monday, Biden delivered an address from Pittsburgh in which he blamed President Donald Trump for a series of violent attacks against protesters throughout the country. On Wednesday, he took questions from reporters following an address about education amid the pandemic, and he traveled to Kensoha, Wisconsin, on Thursday to meet with the family of Jacob Blake.

President Donald Trump has often attacked Biden for running a passive campaign, accusing him of "hiding" while Trump attends rallies across the country.