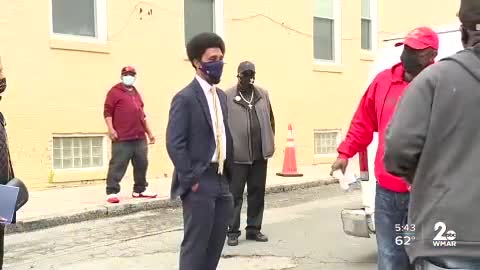 BALTIMORE — With a little over a week to the election and early voting already underway, Baltimore City Council President and Democratic Mayoral candidate Brandon Scott held a meet and greet.

The event was held in the Sandtown-Winchester neighborhood in West Baltimore.

He said he likes to spend time in the community, especially in neighborhoods that are often ignored.

"Just being out in the community, talking to folks, seeing what’s going on, understanding what's going on, seeing how I can help is just the way that I am."

He said he's been visiting early voting sites and will continue to do so throughout early voting.