Biden: Trump was 'derelict' in his duties in regard to Russian bounties for US soldiers 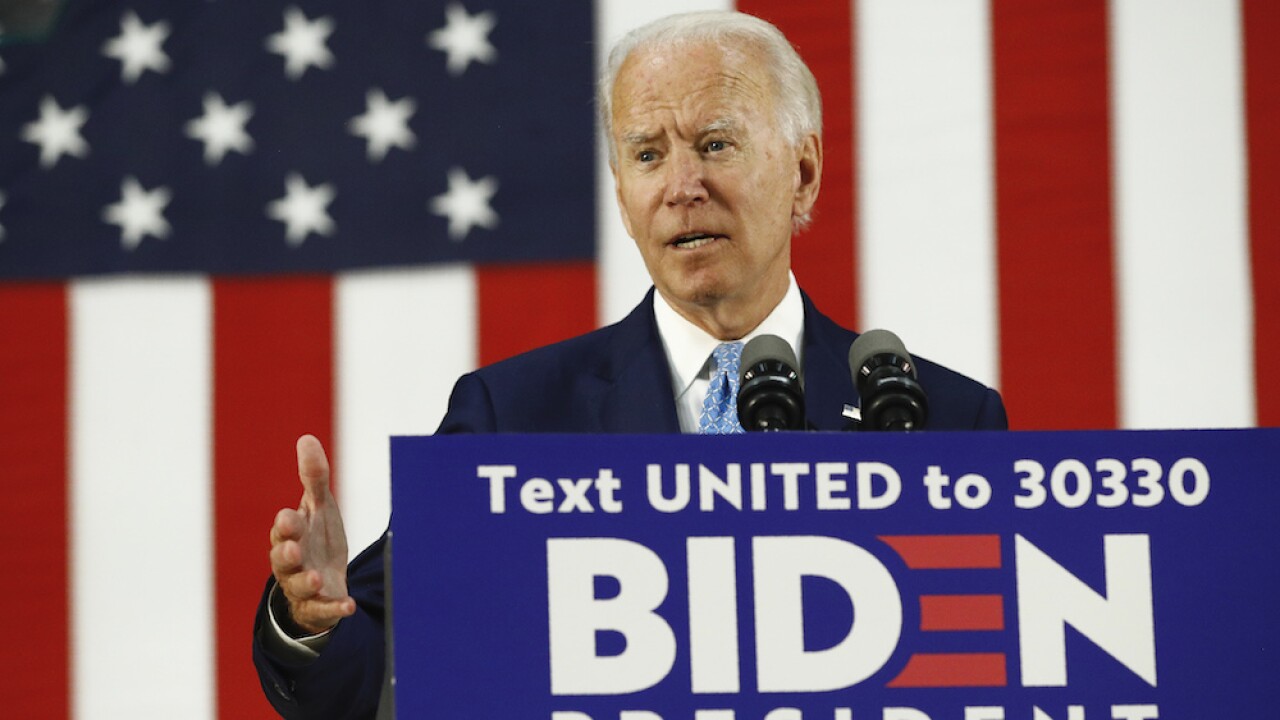 During a press conference in Delaware on Tuesday, presumptive Democratic Presidential Nominee Joe Biden said President Donald Trump was "derelict" in his duties in regards to reports of Russia paying bounties to Taliban-linked organizations for killing U.S. soldiers.

On Friday, The New York Times reported that Russia was secretly offering militant groups in Afghanistan — some of which had ties to the Taliban — payments in exchange for killing U.S. soldiers. Over the weekend, the White House said that Trump had not been briefed on the issue.

But on Monday, The New York Times reported that the subject had been broached in Trump's Daily Presidential Brief from intelligence officials on Feby. 27. Furthermore, The Associated Press reported Monday that the White House was aware of the bounties as early as 2019.

"What are those parents (of military members) thinking out there? Sons and daughters? Husbands and wives? It's an absolute dereliction of duty," Biden said.

Biden also slammed Trump's response to the coronavirus pandemic, excoriating the president's declaration that he was a "wartime president" by saying that Trump was "in retreat."

"It seems like our wartime president has surrendered, wave the white flag and left the battlefield," Biden said. "Today, we face a serious threat, and we have to meet it as one country."

Biden also urged all Americans to wear a mask to prevent the spread of the virus, echoing his promise to enact a national mask requirement should he become president.

Biden was also asked about his potential running mate. In the past, the former vice president has said he would only consider a woman for the role, and while he did not give any specific names, he mentioned that there are "number of women of color. There are Latino women. There are Asian. There are across the board."

Finally, Biden was asked about protecting some statues and monuments amid calls for removal from protesters. While Trump has called for the protection of monuments and military bases named for Confederate generals, Biden drew a distinction between Confederate monuments and statues to Founding Fathers who may have been slave owners.

"There's a difference between reminders and remembrances of history and recovering from history," Biden said. "...I think (Confederate) statues belong in museums, they don't belong in public places."

He added that he believes the government has a duty to protect monuments to Founding Fathers who owned slaves, like Thomas Jefferson.