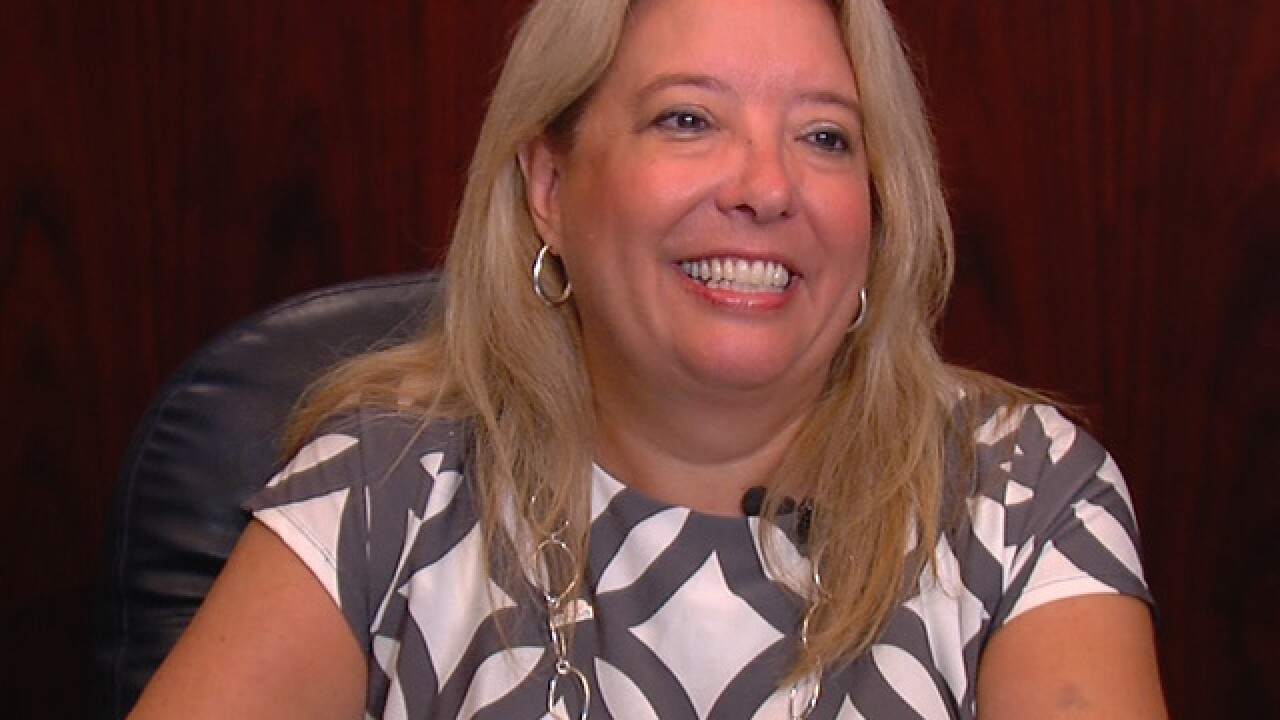 “Today is the first day of a new adventure.”

Cheryl Bost is starting a new adventure as the president of the Maryland State Education Association (MSEA) on Wednesday and she could not be more excited.

WMAR-2 News sat down with a beaming Bost on the first official day in her position, and in addition to her excitement, you can tell she is passionate and ready to start working. With 74,000 people following her lead, Bost says she wants to build on all the strengths already in place for education but demand more at the same time.

"Right now, we are educators and we represent 74,000 across the state. We are faced with increased class sizes, we don’t have the technology and the staff we need in schools, we are very short on school counselors, social workers, and so educators across the state are trying to make due with less."

To combat this, Bost said she plans on advocating for educators to have a vote when it comes to making decisions about their schools, a technique proven successful at one of her previous schools.

"I was a teacher at Mars Estate Elementary School and at that time we had 70% of students living under the poverty line, and the state wanted to come in and take our school over based on test scores alone. And as a community and as a school we said no, these are the things that we need, and so we had a voice in the decision making. We wanted social workers, counselors, extra planning time, after school and summer programs for our students, and we received those things as well as training and things for teachers. We closed the achievement gap between black and white students, our suspensions went down, and the school climate improved. We became a community school once again where people wanted to come."

Because Bost was a teacher at Baltimore County Schools, WMAR-2 News wanted to know what she thinks of Verletta White, Baltimore County Public School's Interim Superintendent. White has been denied the permanent superintendent position multiple times, but Bost said she worked under her at Mars Estate Elementary School and she thinks White brings much-needed stability.

"I think it’s time for the Board of Education, which will be turning over through the election, to look at her and the value she brings and not look back, but look forward. I think Verletta would be a great superintendent and we need that stability and long-range goals for the students and the system."

And Verletta White was not the only controversial topic brought up to Bost. We asked her about the Janus decision by the Supreme Court, which would allow people in unions to opt-out. She confidently said her teacher's union will be fine, they have grown every year, and this decision will not stunt that.

"We have been gearing up for the attacks that are coming from the wealthy and corporations against unions, which we see as attacks against the middle class. So we have been out having one-on-one conversations with our members, so I don’t see this as hurting us, I see it as strengthening our resolve to represent our members and students. We have seen the voices in other states such as Arizona and Virginia, so we see more of our educators coming together, and I don’t think it will hurt the association."

She ended the interview with an endorsement of Ben Jealous, saying the MSEA is supporting him and his initiatives for teacher pay, living wage, pre-k, and career technology education.