$10,000 reward being offered for information on suspects 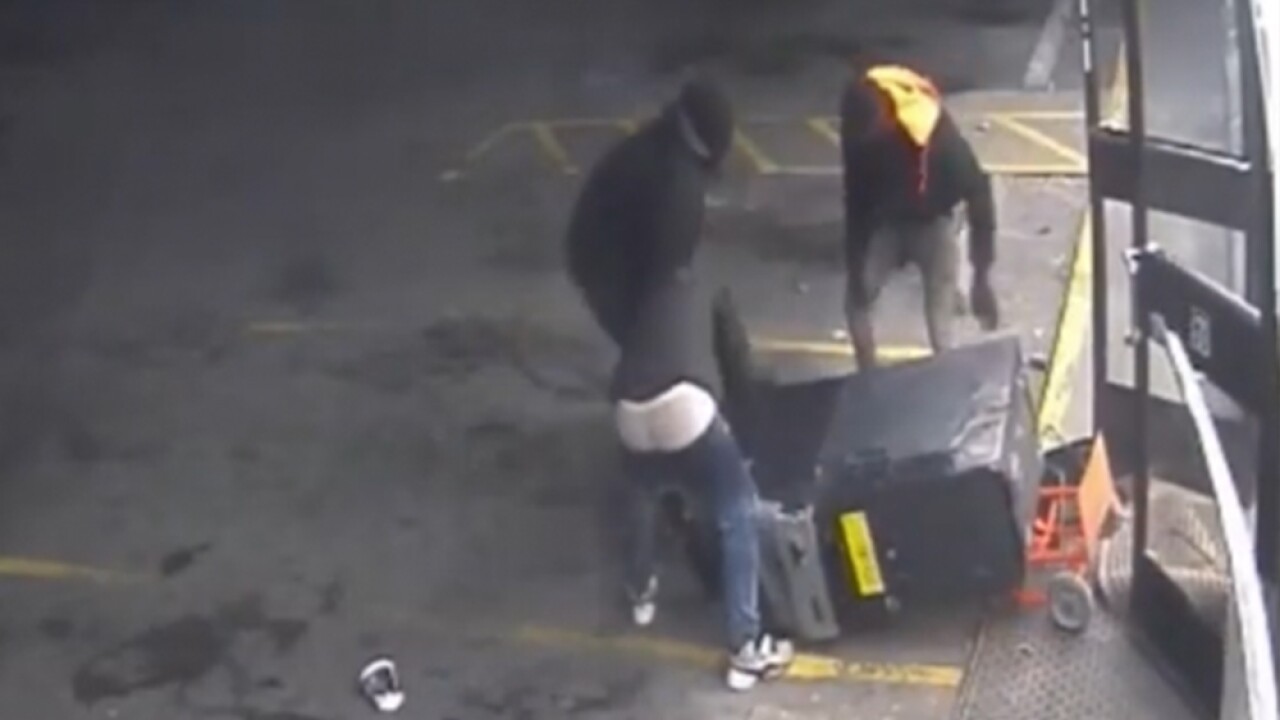 SILVER SPRING, Md. — Video released on Tuesday shows a chaotic scene at a Silver Spring 7-Eleven as four men drive a truck through the store and then scramble to try and steal an ATM.

Montgomery County Police say the attempted robbery happened on February 17, but they just released the surveillance video showing the crime on Tuesday. The almost robbery happend at the 7-Eleven on New Hampshire Avenue in the Silver Spring area around 4:06 a.m.

The videos shows a pick-up truck backing into the store, three of the four men bringing a dolly inside, and then try to pull the ATM out of the store. You can see their plans get foiled as the ATM falls off of the dolly outside of the store, and they cannot get it back on, leaving the ATM on the sidewalk.

Detectives say they found the truck seen in the video unoccupied in Hyattsville. They believe it had been stolen.

Anyone with information about the suspects or this attempted theft of an ATM is asked to contact the Montgomery County Department of Police, Major Crimes Division at 240-773-5100. To be eligible for a reward, tipsters may call Crime Solvers of Montgomery County toll-free at 1-866-411-TIPS (8477). Crime Solvers will pay a cash reward of up to $10,000 for information provided to them that leads to the arrest and/or indictment of these suspects. Tipsters may remain anonymous.