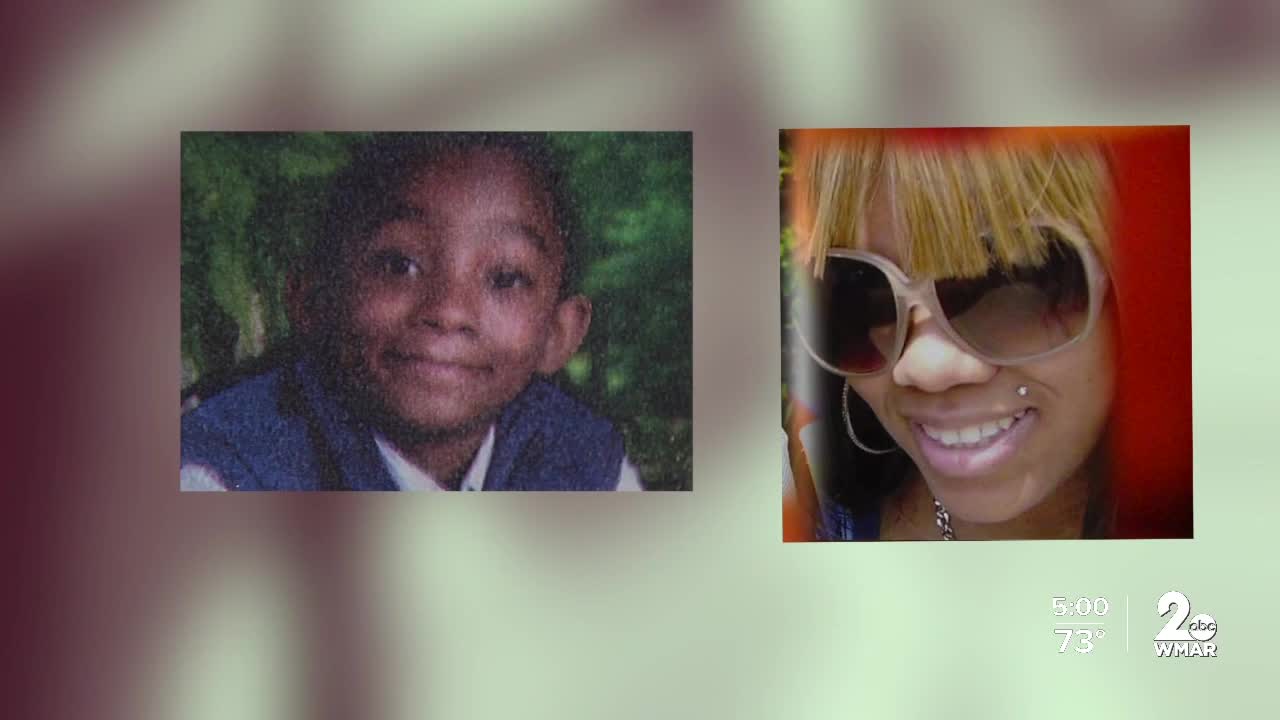 BALTIMORE — A Baltimore man has been indicted in the 2015 murder of a woman and her 7-year-old child during an armed robbery connected to drug trafficking, according the U.S. Attorney's Office.

The indictment was handed up Wednesday and alleges 37-year-old Andre Ricardo Briscoe, who also goes by "Poo," was responsible for the death of the mother and son.

Briscoe allegedly shot and killed Jennifer Jeffrey, and her 7-year-old child, during an armed robbery at Jeffrey's home on Upmanor Road in Southwest Baltimore on May 27, 2015. According to investigators he was a known drug trafficker and allegedly conspired with others to distribute heroin.

The indictment alleges that Briscoe shot the Kester "Tony" multiple times, including the mouth and face to prevent the him from talking to police.

"I have no words for someone like that," said Kester's aunt Danielle Wilder-Commue. "What I think about is an innocent child, so small, so full of life, that you could easily, during the day, do something like this. That is someone who definitely doesn't need to walk the streets again."

Family members believe the murder involved others besides Briscoe.

"I'm interested to see what happens," said Wilder Commue. "The way the indictment looks is that, maybe my sister saw something or knew something that they just didn’t want to get out."

“These murders are shocking and unconscionable. This indictment should make one thing crystal clear: If you touch a witness, especially a child, the full weight of federal law enforcement will be harnessed to find you and bring you to justice. And we will not stop investigating until we bring to justice anyone else who was involved," said U.S. Attorney Robert K. Hur.

Briscoe is charged with federal drug distribution charges, using a gun to commit murder in relation to drug trafficking crimes, killing a witness to prevent communication with law enforcement, and having a gun while being a felon.

Jennifer's sister believes the indictment is one step closer to justice being served.

"Closure," she said. "We really haven’t, we haven’t really done it so, I’m looking forward to taking that deep breath and exhaling."

Because this is a federal case Briscoe faces a maximum sentence of death, or life in prison.

“A seven-year-old child should be playing with friends and dreaming about the future, not dying in a heinous act of violence,” said Jennifer C. Boone, Special Agent in Charge of the FBI Baltimore Field Office. “Violence and intimidation of witnesses will not be tolerated. Let this indictment send a clear message; if anyone attempts to tamper with the justice system, they will be caught and held accountable."

Briscoe faces death or a mandatory sentence of life in prison if convicted of the witness tampering murder, a mandatory minimum of five years if found guilty of conspiracy to distribute and for possession with the intent to distribute 100 grams or more of heroin, and up to 10 years for being a felon in possession of a firearm and ammunition.