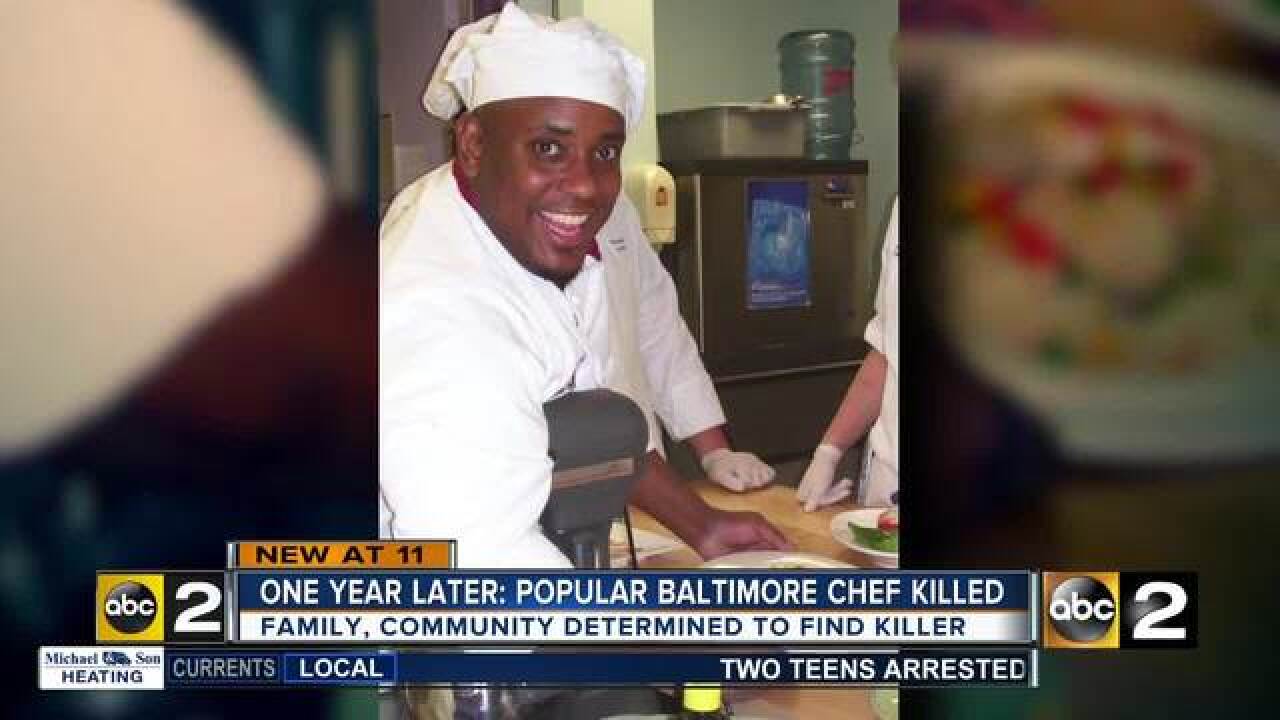 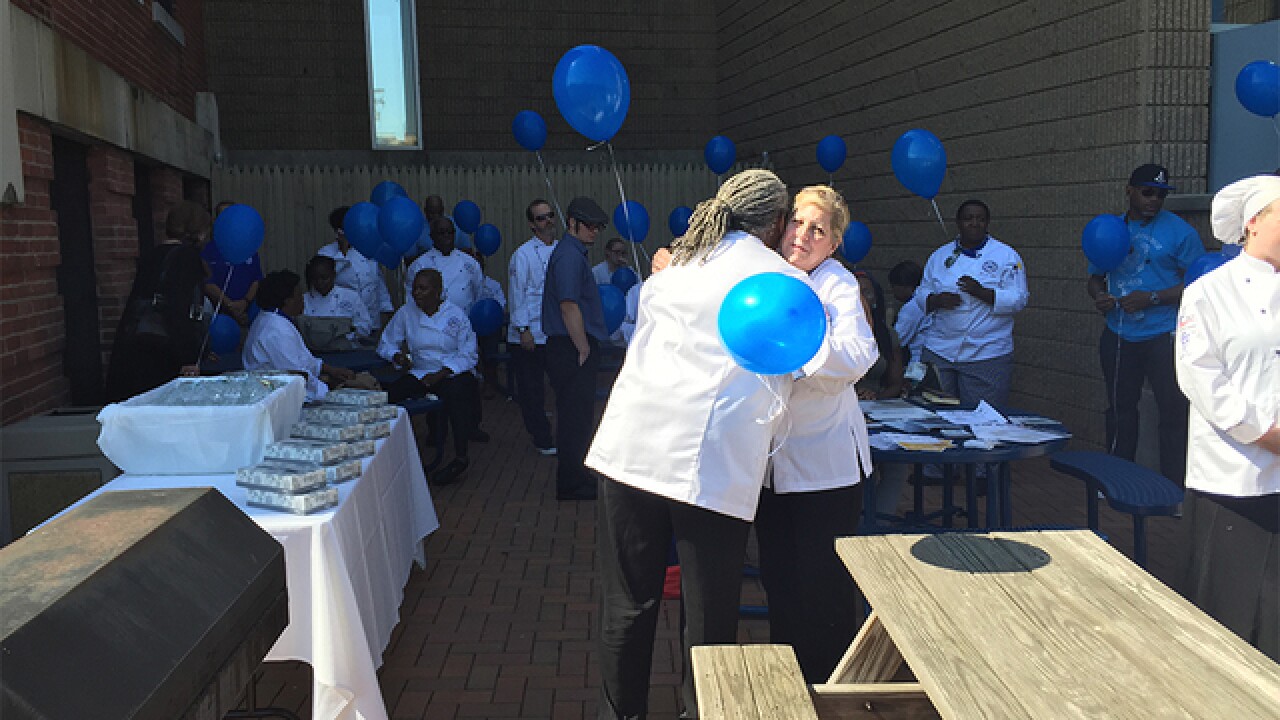 He was the humble, lovable, fun chef who everybody knew. Still no one has been arrested in the death of Chef Michael Bates, Jr.

Someone shot and killed him in front of his home in southwest Baltimore.

Fast forward to this year – every Wednesday in particular, in downtown Baltimore, the pace picks up inside a store on West Lexington Street.

What looks like a department store is actually a set up for those looking for sartorial help.

“…to allow men who have had some issues in their lives, to kind of redeem and repair themselves. We’re here simply to encourage,” Carlous Palmer, a wardrobe stylist for ‘Sharp Dressed Men,’ said.

There’s measuring tape, dressing rooms, and suits – all designed to get the men who line up inside back on their feet and feeling their best.

At the heart of it all is the food.

Chef Von Key is there every week and serves up his best dishes alongside those in the shop, but he intended on cooking with his ‘right hand man.’

“He was going to do this with me and we were going to come together and do this, but when everything happened – it didn’t happen,” Chef Von said, reflecting on his friend, Michael Bates, Jr.

Chef Bates, as those in the kitchen called him, and Chef Von wanted to give back to the community and cooking was the way they knew how.

“He ate, drank, slept food all day long. We would watch Food Network. He would call me all day with recipes and he was just so excited about it and he would even sleep in his chef’s coat,” Ericka Richardson said.

It was an obsession that came to a halt that night in September.

According to Baltimore Police, a woman told officers Michael was shot outside of where he was staying near Pen Lucy Road.

It was a call from Ericka’s aunt.

Michael had been staying with her and when the phone rang, at that hour, Ericka knew something was wrong.

“I’ve had breast cancer. My child was diagnosed with leukemia, twice. A lot of things, but this is the worst ever and it was like – how do you prepare for this,” Ericka asked.

Baltimore Police detectives are re-working the case, looking to see if they missed any possible clue or angle.

There’s still so much officers say they don’t know.

Because of the open investigation, officers aren’t releasing the name of the woman Michael was with that night for her safety.

Michael’s family feels like she is the key to figuring out who killed the lovable chef.

An ache that will never completely heal, but Ericka says finding Michael’s killer can start the mending process.

A community Michael invested in: from his help at the culinary school where he taught, to the restaurants where we cooked, and the philanthropy that left an impact with those who knew him, and those who of his legacy.

“I miss him a while lot, I really miss him. I wish he was here now because I need him now for some big events coming up and this would be a good time for him,” Chef Von said.

Michael’s philanthropic efforts are felt all over the city.

If you know who shot him, call Baltimore Police.