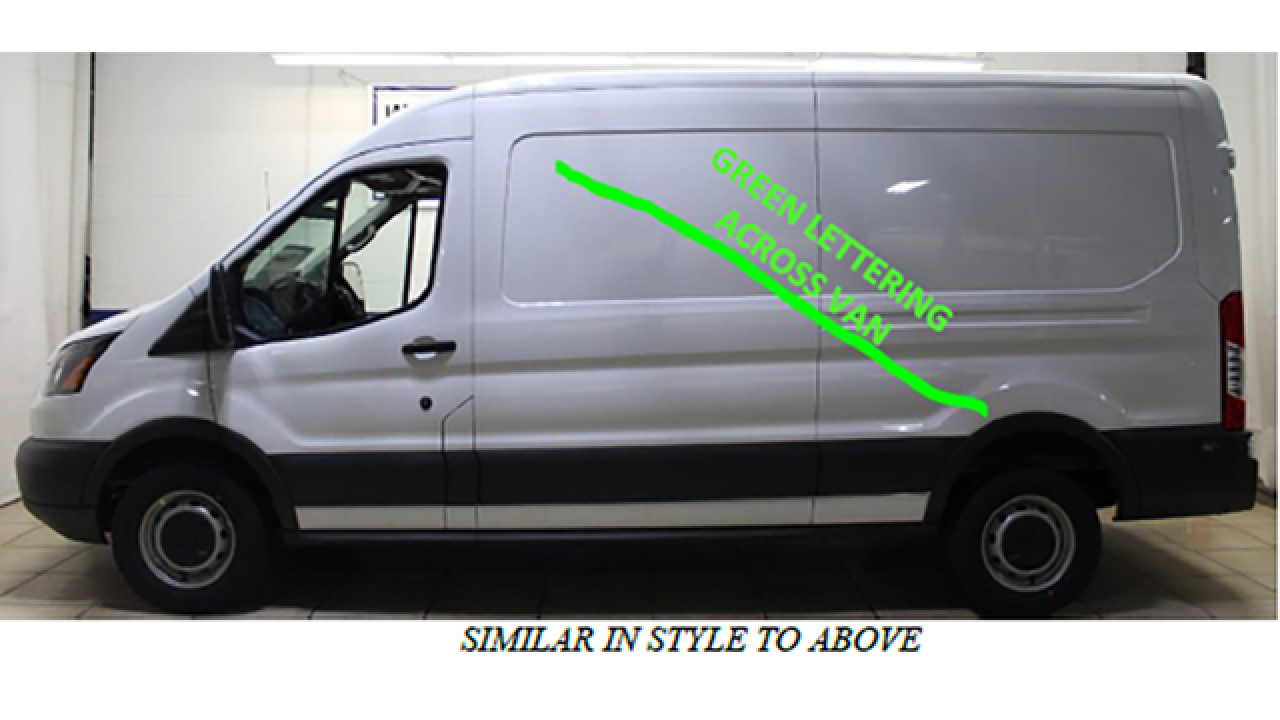 Copyright 2018 Scripps Media, Inc. All rights reserved. This material may not be published, broadcast, rewritten, or redistributed.
<p>Frederick police are seeking a white van like the one pictured above in an attempted abduction. <em>(Photo courtesy of Frederick Police)</em></p>

Police in Frederick are looking fo a white van involved in an attempted abduction Wednesday afternoon.

At about 3:20 p.m. a woman said a man driving the van attempted to abduct her in the area of Hillcrest Drive and McCain Drive. The woman was able to get away and call police to report the incident.

The van is described as a newer-model, white work van with light green, diagonal lettering across the side. The van had roof racks with no equipment on top. It was last seen headed northbound on McCain Drive.

The driver was described as a white man with dark hair, about 5-foot 5-inches to 5-foot 8-inches tall with tattoos on his arms.

Anyone who sees the van or the driver that fits that description should call 301-600-2102.