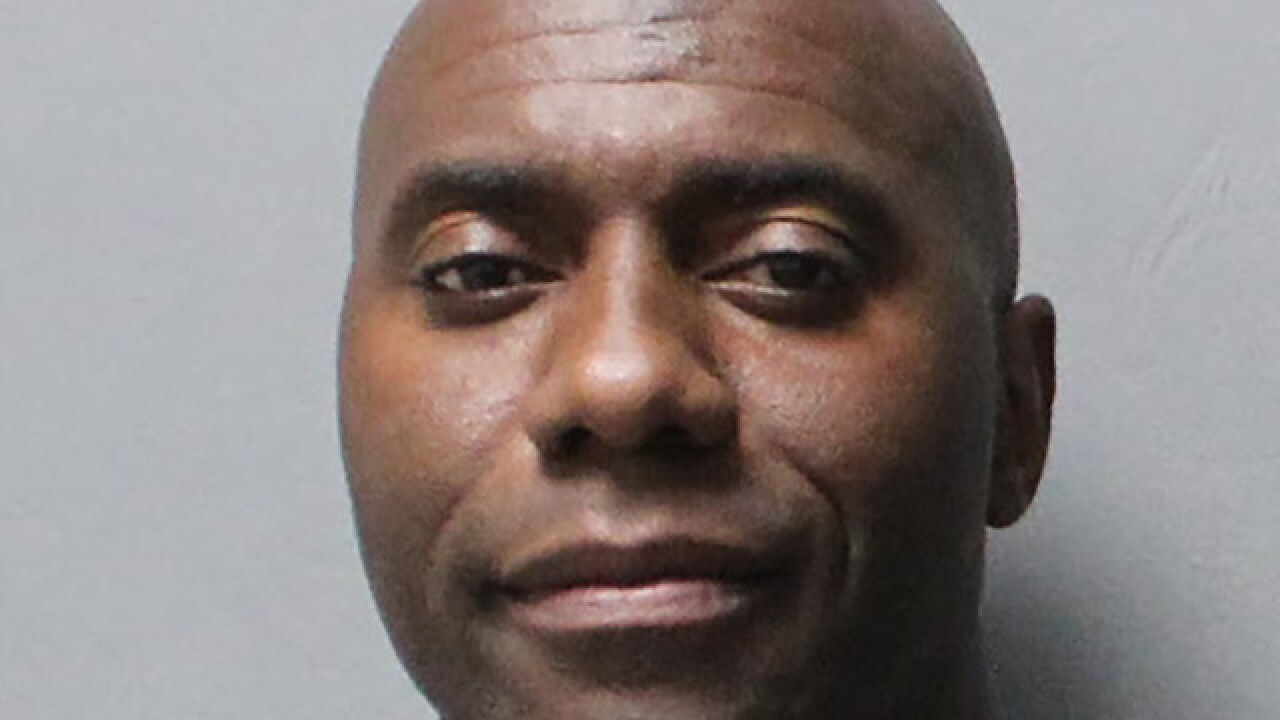 Copyright 2018 Scripps Media, Inc. All rights reserved. This material may not be published, broadcast, rewritten, or redistributed.
<p>A jury returned guilty verdicts against Eric Ricardo Exum of the 600 block of Edgewood St., NE following a four-day trial in Howard County Circuit Court yesterday.  Exum is one of three men charged in a brutal assault on the Sykesville man at a Jessup gas station last fall. <em>(Photo courtesy of the Office of the State's Attorney for Howard County)</em></p>

A Washington, D.C. man described as the "mastermind" of an unsuccessful murder-for-hire plot has been convicted for his role in a "brutal assault," on a Sykesville man at a Jessup gas station in the fall of 2017, the Howard County State's Attorney's Office said.

Prosecutors and police say that on Oct. 4, 2017, Exum and Paul Albritton parked at a BP gas station in the 8800 block of Washington Boulevard at about 6:45 a.m. Exum waited in the truck while Albritton went into the station's convenience store. When Albritton came back, a man later identified as Malcolm Xavier Littlejohn approached and struck Albritton in the back of the head with a piece of wooden 2x4 before running away.

At trial, prosecutors connected Exum to the crime through surveillance footage, cellphone geo-tracking, financial statements, and telephone calls and text messages between him and Littlejohn leading up to the assault.

Prosecutors also played a tape from the detention center where Exum and Littlejohn were being held, in which Exum insinuates to Littlejohn that there is no need for them both to go to jail and that Exum could "make Littlejohn alright" if he took the fall.

A third man, Antwan Zahir Mayhew, 38, of the 3700 block of Donnell Drive in District Heights, pleaded guilty to conspiracy to commit first-degree assault on July 2. Mayhew received a 10-year sentence that was fully suspended.

Exum is scheduled for sentencing on September 27. He faces a maximum sentence of 50 years in prison.