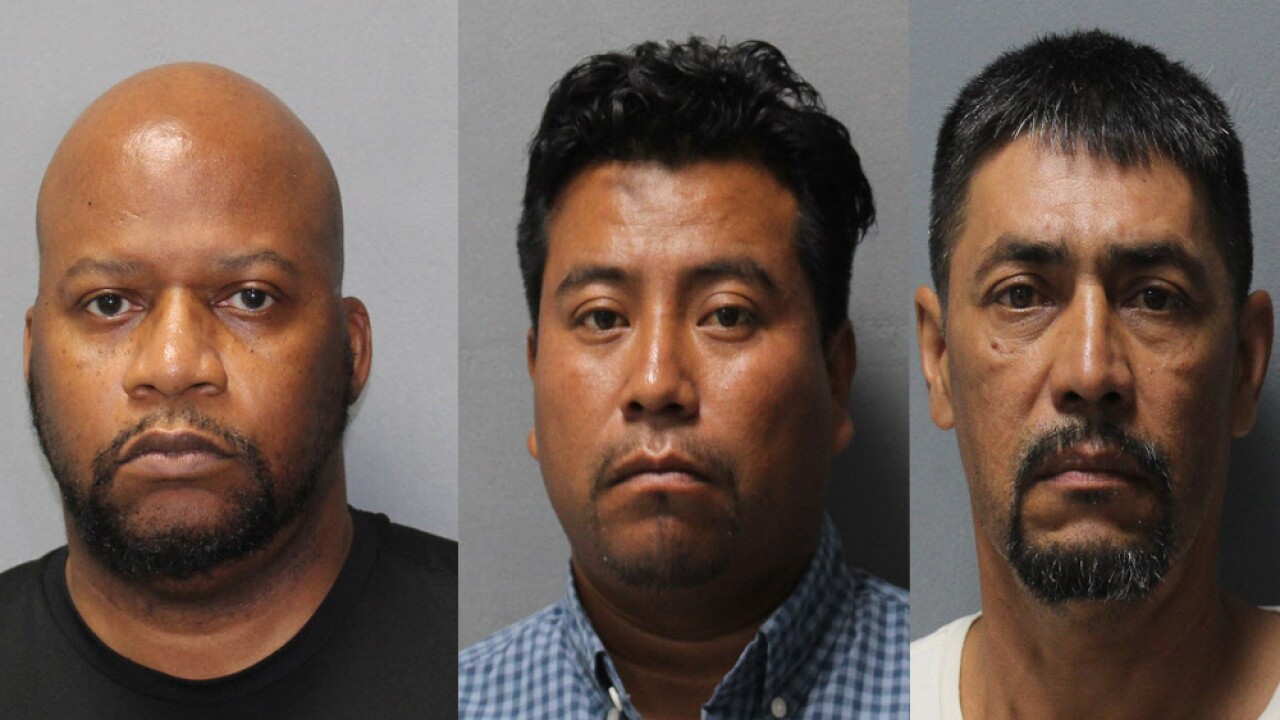 ELKRIDGE, Md. — On Tuesday, Howard County Police conducted an undercover operation that resulted in the arrest of three men for solicitation of prostitution.

Officers arrested the would-be johns at a hotel in the 6700 block of Dorsey Road in Elkridge. Detectives placed fake ads on websites that were known to be used for prostitution. Men who called the number in the ad spoke to an undercover officer who then provided a meeting location upon the caller's request.

When the men arrived and offered money for sexual acts, they were arrested and charged with solicitation of prostitution and disorderly conduct.

The following men were arrested:

If you are a victim of human trafficking, HCPD can offer you housing, treatment and other help. However, if you, or someone you know, suspects human trafficking, either call (410) 313-3200 and speak privately to a detective or call 911. You can also call the tipline at (410) 290-3784 or email hcpdcrimetips@howardcountymd.gov.