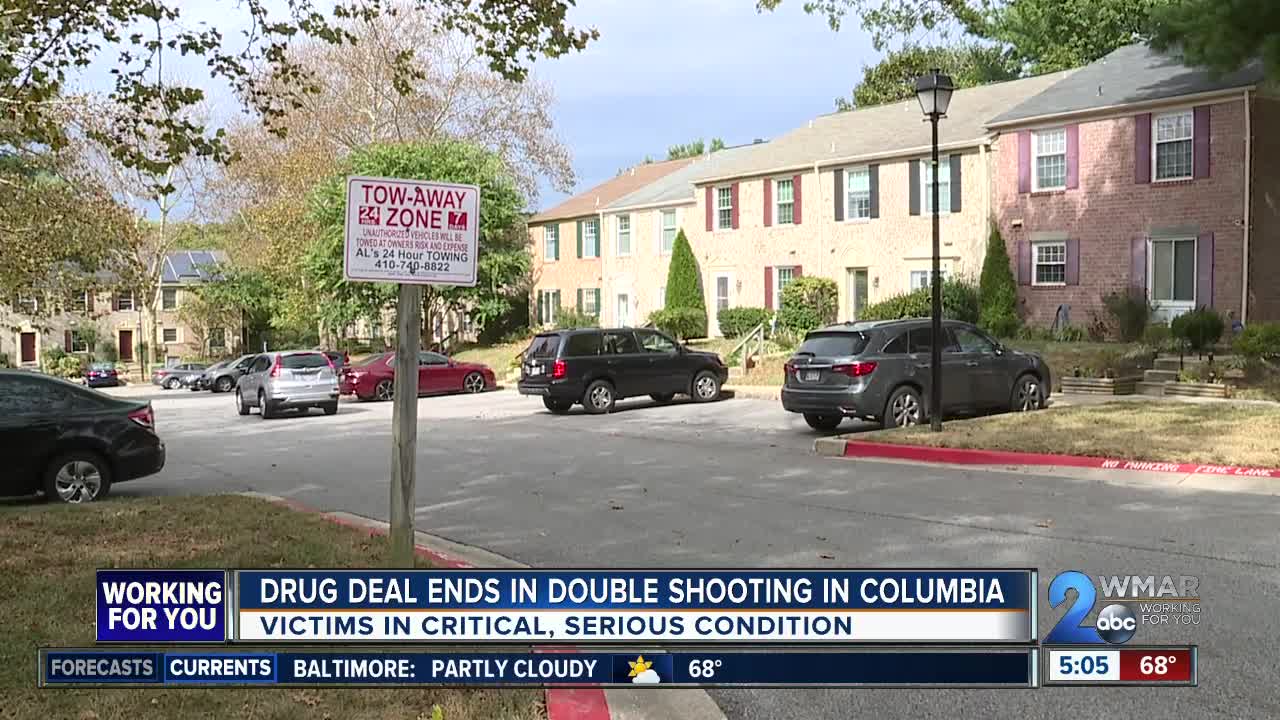 Just after 9:30 p.m., Howard County Police were called to a housing development in the 9500 block of Sea Shadow for shots fired.

When they arrived, they found 19-year-old D'Marni Ware and Jaiden Marquise Pender, 18, in the parking lot suffering from gunshot wounds.

Detectives don't know much at this time, but think the victims were at the location to make a drug deal with the suspect, before something went wrong.

Ware is currently listed in critical condition while Pender's injuries are considered serious.

Police were unable to provide any detailed description of the suspect. Anyone with information is asked to contact police at 410-313-STOP.