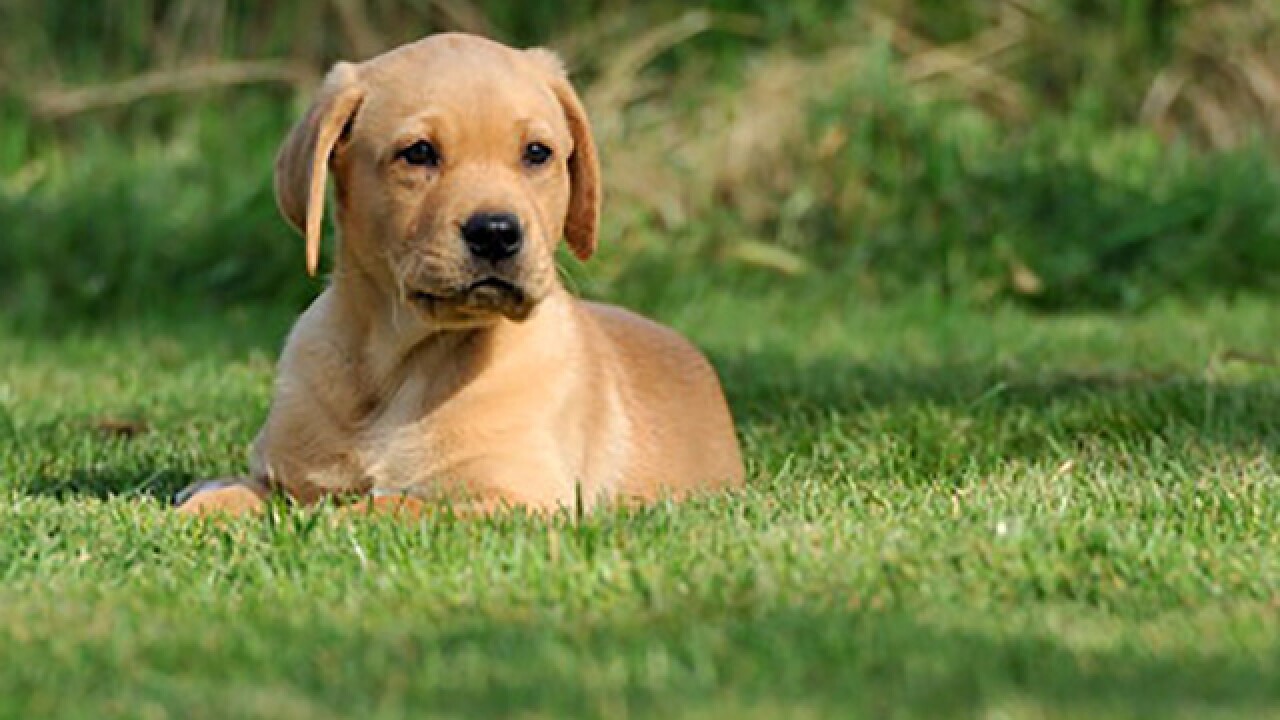 Copyright 2018 Scripps Media, Inc. All rights reserved. This material may not be published, broadcast, rewritten, or redistributed.
PhotoPlus Magazine
Portrait of a Labrador Retriever puppy outdoors on a sunny Spring day, taken on March 29, 2012. (Photo by Simon Lees/PhotoPlus Magazine via Getty Images)

A 38-year-old man was sentenced to 30 days in jail for seriously injuring a dog in Howard County, police said.

On Oct. 26, 2017, a county animal control officer responded to Skeen's Jessup residence, where they found a six-month old Labrador retriever mix puppy limping. The dog was impounded and taken to Glenwood Veterinary Clinic where they determined the dog suffered a broken hip that occurred three to five weeks previously, caused by significant force. Skeen denied knowing the dog was injured or how it was injured.

Prosecutors say a witness told officers she had seen Skeen hitting the dog with closed fists on two separate occasions. His attorney said Skeen agreed to the facts present but didn't admit to causing the injury. He said he regretted his action.

The judge expressed concern for Skeen's behavior and sentenced him to three years in prison, with all but 30 days suspended, and ordered $1,877.68 in restitution. Upon release, Skeen faces two years of supervised probation, during which he is prohibited from owning or being near animals.

The dog has since been treated, rehabbed, and adopted by a new owner.