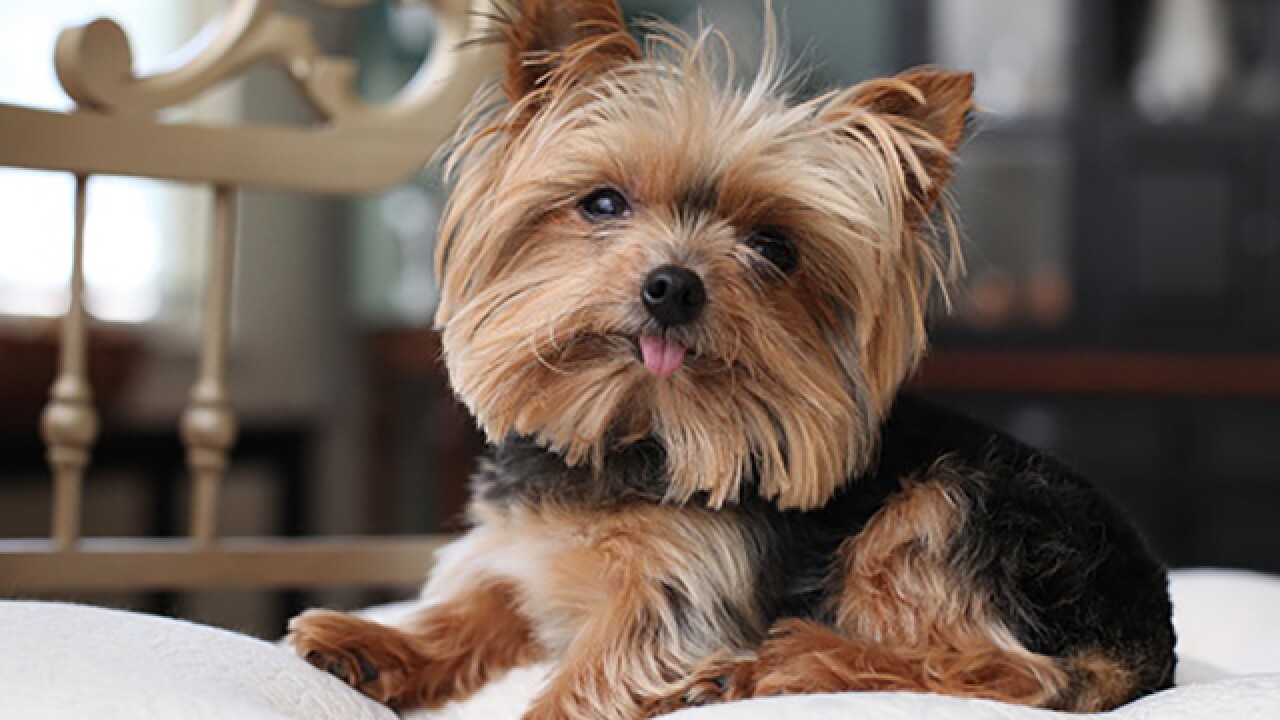 Copyright 2018 Scripps Media, Inc. All rights reserved. This material may not be published, broadcast, rewritten, or redistributed.
Barcroft Media
<p>GALLOWAY, NJ - MAY 26: Lucy the Yorkshire Terrier at home on May 26, 2016 in Galloway, New Jersey. Tiny teacup terrier Lucy has a superpower - she is the worlds smallest working dog with the BIGGEST heart. The mini Yorkshire terrier stands at just 5.7 inches tall, is only 7.5 inches long and 2.9 lbs in weight. -  E:hello@barcroftindia.com www.barcroftimages.com (Photo credit should read Super Dogs / Barcroft Images / Barcroft Media via Getty Images)</p>

Omar BeniahJovan Gertman, 24, is being charged with felony animal cruelty, second-degree assault and malicious destruction of property in the incident.

Police responded to a house in the 9600 block of Covered Wagon Drive on June 12 after someone called 911 saying a family member had stabbed the family dog and left the house. During their investigation, police learned German assaulted an acquaintance and destroyed household property including a TV and coffee maker as well.

Animal Control officers responded and took the dog, a Yorkshire Terrier named Boo, to an emergency hospital where she was not expected to survive. Boo has since recovered.

Police found German in a nearby hotel at a later date and arrested him. He is being held in Howard County Detention Center.