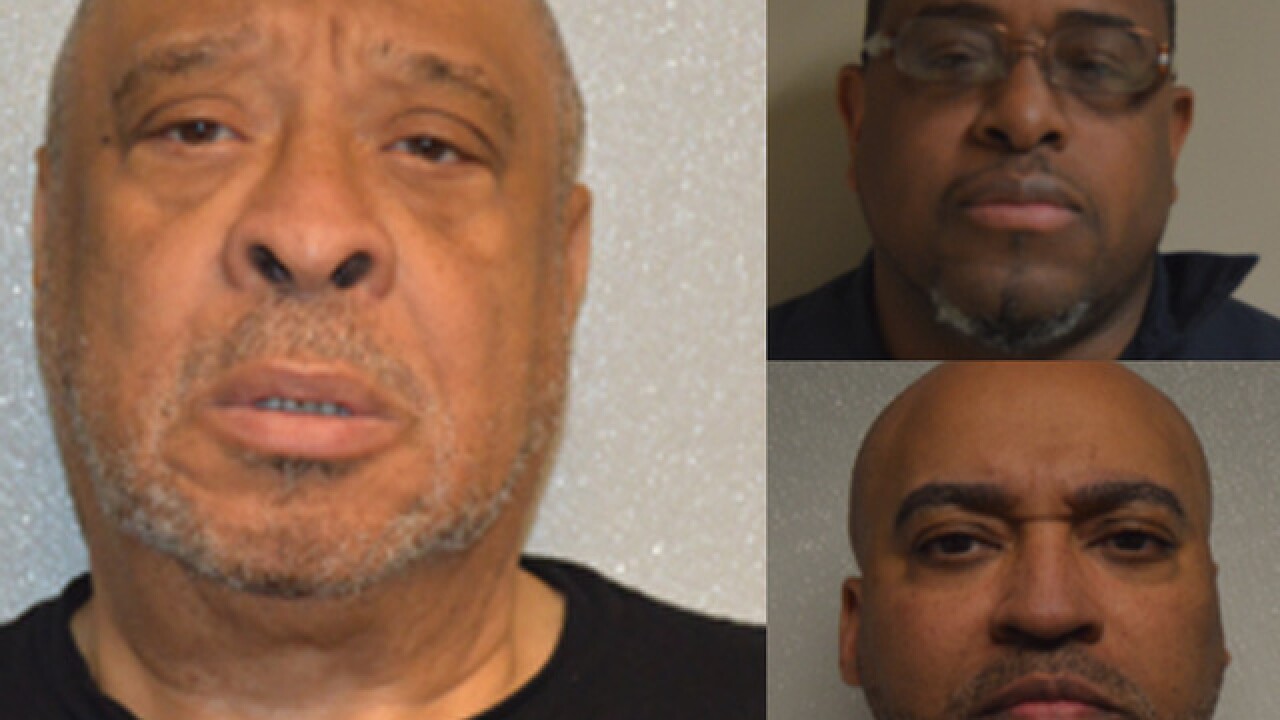 A head pastor, his son, and his son-in-law are being charged with sexually abusing four girls in a church program for at-risk youth.

The girls were between the ages of 15 and 18 when they were enrolled in the church program at Oxon Hill Assembly of Jesus Christ, but came forward when they were adults. The program called CHOP, or Children Having Overcoming Power, was designed to help provide living accommodations and education classes for at-risk youth.

Officials say the sexual abuse happened at the men's homes, various parks, and the church. All three men are charged with child abuse and varying sex offenses.

Joshua Wright was the head pastor of the Oxon Hill Assembly of Jesus Christ, his son William Wright was a minister at the church, and his son-in-law Donald Jackson was a leading member of the church.

Detectives are encouraging any others who encountered any type of abuse when they were enrolled in the CHOP program to please come forward.  The CHOP program ended in 2011.

Anyone with information about this case is asked to call the Prince George’s County Police Department’s Child and Vulnerable Adult Unit at  (301) 772-4930. Callers wishing to remain anonymous may call Crime Solvers at  1-866-411-TIPS (8477), or go online at  www.pgcrimesolvers.com, or use the “P3 Tips” mobile app (search “P3 Tips” in the Apple Store or Google Play to download the app onto your mobile device.)