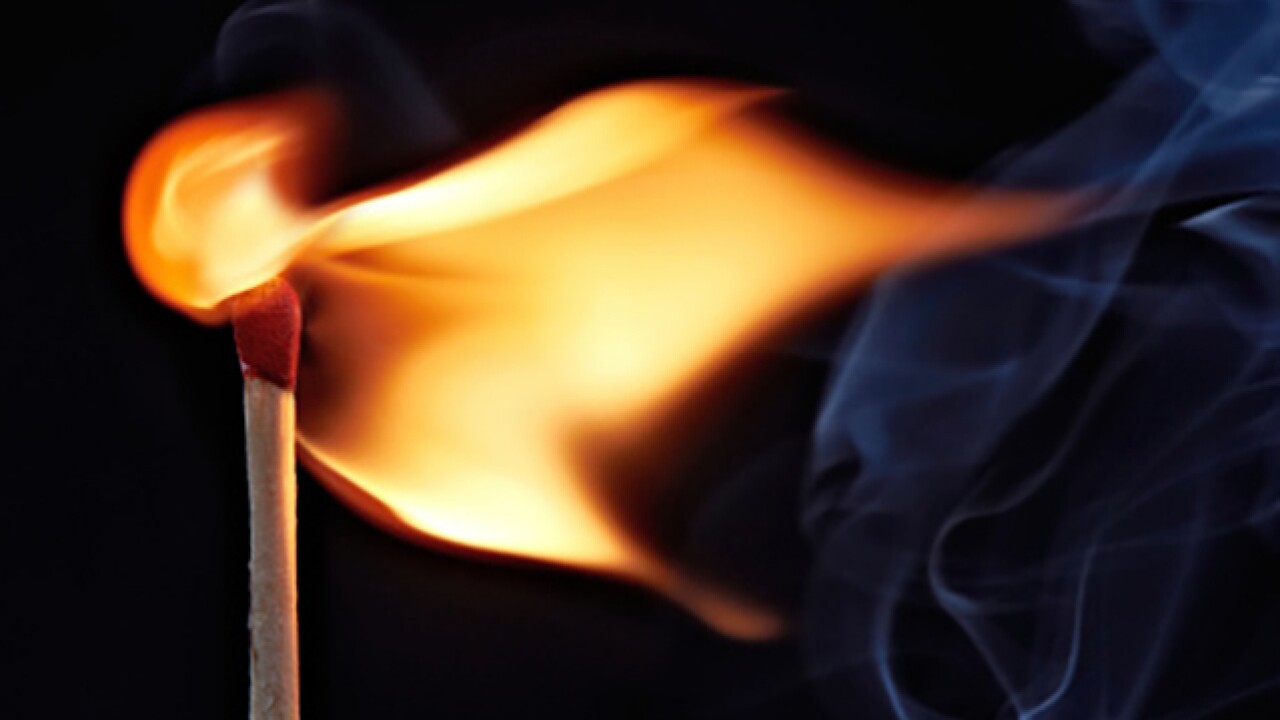 Copyright 2018 Scripps Media, Inc. All rights reserved. This material may not be published, broadcast, rewritten, or redistributed.
nikamata
<p>Colorful smoke and flame from a burning match against a black background. (Photo courtesy of Getty Images)</p>

One or more suspects are sought in connection with the arson of two townhouses in Aberdeen Friday, the Office of the State Fire Marshal said.

After a passerby saw smoke coming from the 500 block of Cool Breeze Circle and called police, firefighters from Abingdon Volunteer Fire Company were dispatched at 12:16 p.m. The residence is in the Holy Woods development off of Philadelphia Road.

Firefighters forced their way into the home and found the blaze was contained in the basement after the sprinkler system was activated. While investigating, firefighters noticed force entry at the adjacent residence. After entering that home, firefighters saw multiple points of origin where the fire likely started, a signature of potential arson. After making these discoveries, the Office of the State Fire Marshall was summoned.

Investigators determined that the basement fire in a house owned by Richard & Elizabeth Dubose was intentionally set, fire officials said. They also determined that the attempted fire in the adjacent house, a vacant owned by Nicole Tavenier, was also intentionally set, but the blaze had "self-extinguished" and did not produce enough heat to activate that home's sprinkler system.

The one-alarm fire was fought by 25 firefighters. No one was injured, and damage to both homes was thought to total about $25,000.

The Office of the State Fire Marshal is asking anyone who might live nearby or who passes through the are and may know something about the fires to contact 410-836-4844 or email osfmnero@maryland.gov, or use the Arson Hotline at 1-800-492-7529.