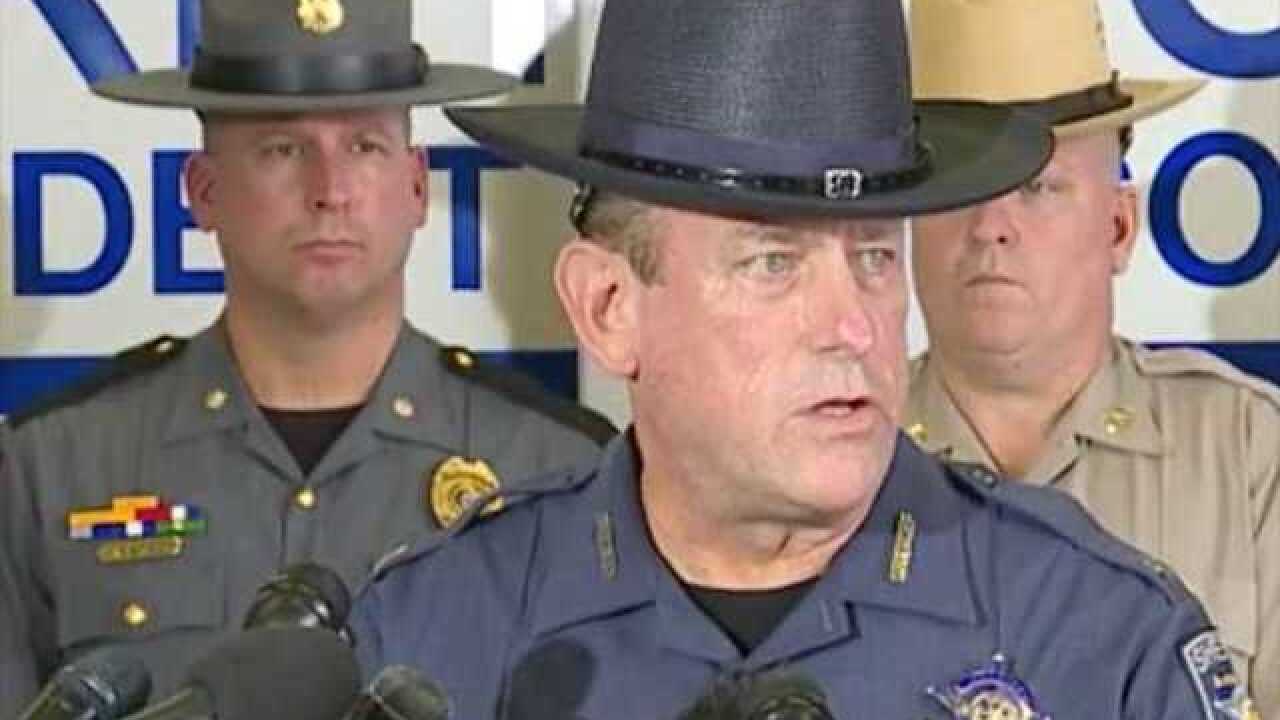 Copyright 2018 Scripps Media, Inc. All rights reserved. This material may not be published, broadcast, rewritten, or redistributed.
<p>Sheriff Gahler</p>

Officials are left wondering why a 26-year-old woman went to work, then fired shots Thursday morning killing three people and injuring three others.

During a news conference Friday morning, Harford County Sheriff Jeffrey Gahler gave the press more details regarding this deadly workplace shooting in Aberdeen, releasing the names of the victims as well.

Sheriff Gahler also released more information about the alleged shooter. He said at 6:30 a.m. Snochia Moseley went to work at the Rite Aid distribution center on Perryman Road. She entered through the front door, but then left the building for unknown reasons at 7:21 a.m.

Moseley went back to her Baltimore County home and returned to the warehouse, arriving at the gate at around 8:35 a.m. Sheriff Gahler says he believes she went back home to grab her Glock 9mm handgun, three magazines, handcuffs, and pepper spray, which were found on her after the shooting. She remained in the parking lot for some time before entering the building at 8:53 a.m.

Then around 9:05 a.m., Moseley went back out of the building, pulls her hood over her head, and begins shooting.

"There was no forewarning," Gahler said. "Other than her leaving, there was nothing unusual said or done by her."

One person was shot outside of the building and several other shots were fired at, but nobody was hit. She then went into the building where around 65 people were working.

Gahler said that's when she fired 13 rounds, injuring five others before shooting herself two times.

"She was moving pretty quickly, not taking a lot of time to aim," said Gahler. "You don't have to be highly accurate when you're in close quarters."

Aguda was shot outside the building, Gahler said, with the other two fatalities occurring inside.

According to witness accounts told to sheriffs, the first shot Moseley aimed at herself only grazed her, so she shot herself another time in the head and that is what ultimately killed her.

"In the traditional active shooter – it's a shame we have to say such a thing –" Gahler said, "we see the shooters shoot until they have enough rounds to end their own life at the end of their carnage."

Gahler said a responding Aberdeen Police officer assumed Moseley was another shooting victim and dragged her out of the warehouse where first aid was performed. Moseley was eventually taken Bayview Hospital, where she died.

Gahler said the shooter was diagnosed with a mental illness in 2016. Her family said she had been extremely agitated the last couple weeks and they were concerned. Gahler would not go into more detail about the specifics of her mental illness.

"In this instance, there were some indicators that people had concerns," Gahler said. "You can always 'what if?' things to death, but we know that authorities were not notified that they had any concerns."

The shooter had bought her gun legally. Gahler said she was able to do this because her mental health diagnosis didn't rise to a level to bar her from buying a gun. Because she had not been involuntarily committed and she did not have a propensity for violence to herself or others, she was able to legally buy the firearm in March of this year.

A recently passed Red Flag Law in Maryland may have given law enforcement the ability to obtain any guns Moseley had owned if a family member could have made a credible case to legal authorities that she was a threat to herself and others.

"It's almost like a ticking time bomb when that mental illness will manifest itself," Harford County Executive Barry Glassman said towards the end of the press briefing. He linked the frequency of recent shooting perpetrated by people ultimately determined to have varying degrees of mental health issues. "Nationally, when you look at mental illness and the ability for handgun permits and firearm permits, I think that is something that definitely needs to be updated."

In the past, the shooter had worked as a security officer, but her handgun permit expired in May of 2018.

"What makes a person capable of taking a weapon and using it against unarmed, defenseless people?" Gahler said. "It's senseless. We're never going to understand it."