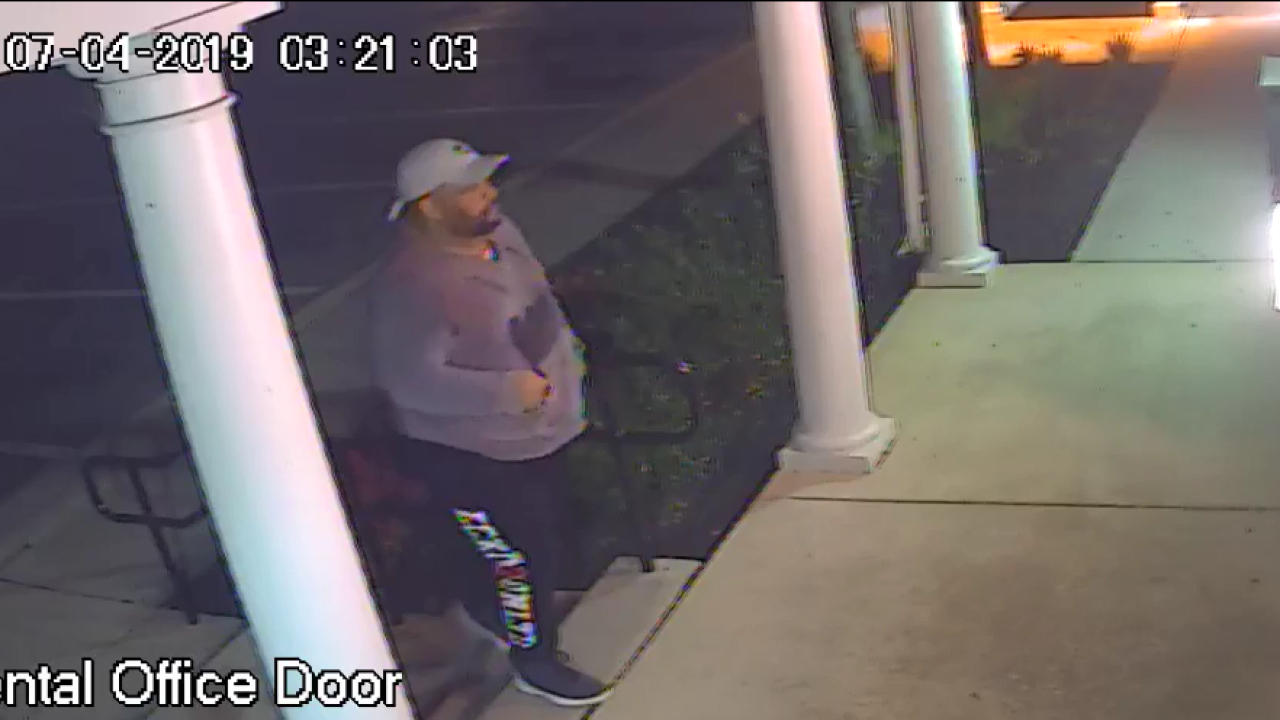 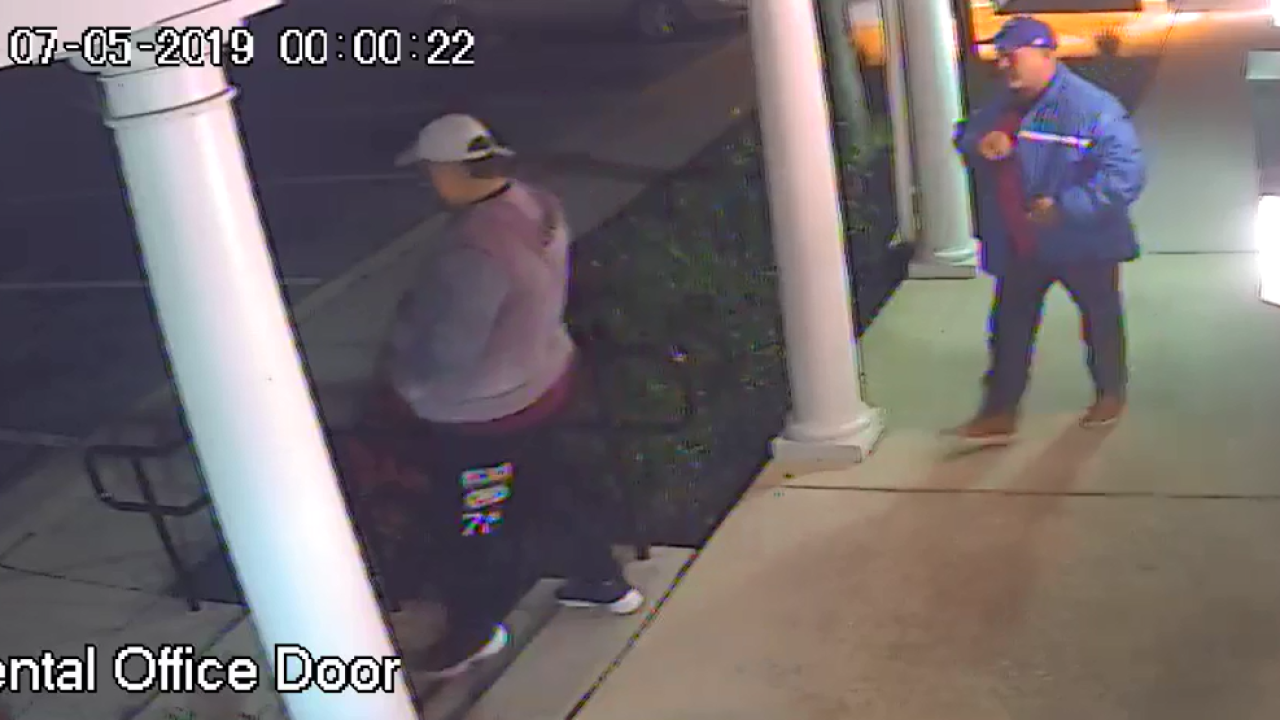 According to officials, the two suspects involved were caught on surveillance footage. The first suspect is described as a black male, heavy build, with facial hair. He was wearing black sweatpants with “ECKO UNLTD” in white lettering down the leg, a gray hooded sweatshirt, and a tan baseball hat. The second suspect is described as a white male, medium build, with a light-colored goatee. He was wearing a bright blue jacket with a white stripe across the front, a blue baseball hat, and blue jeans.

They left the scenes together in in a small SUV that police believe is a Mazda CX-5.