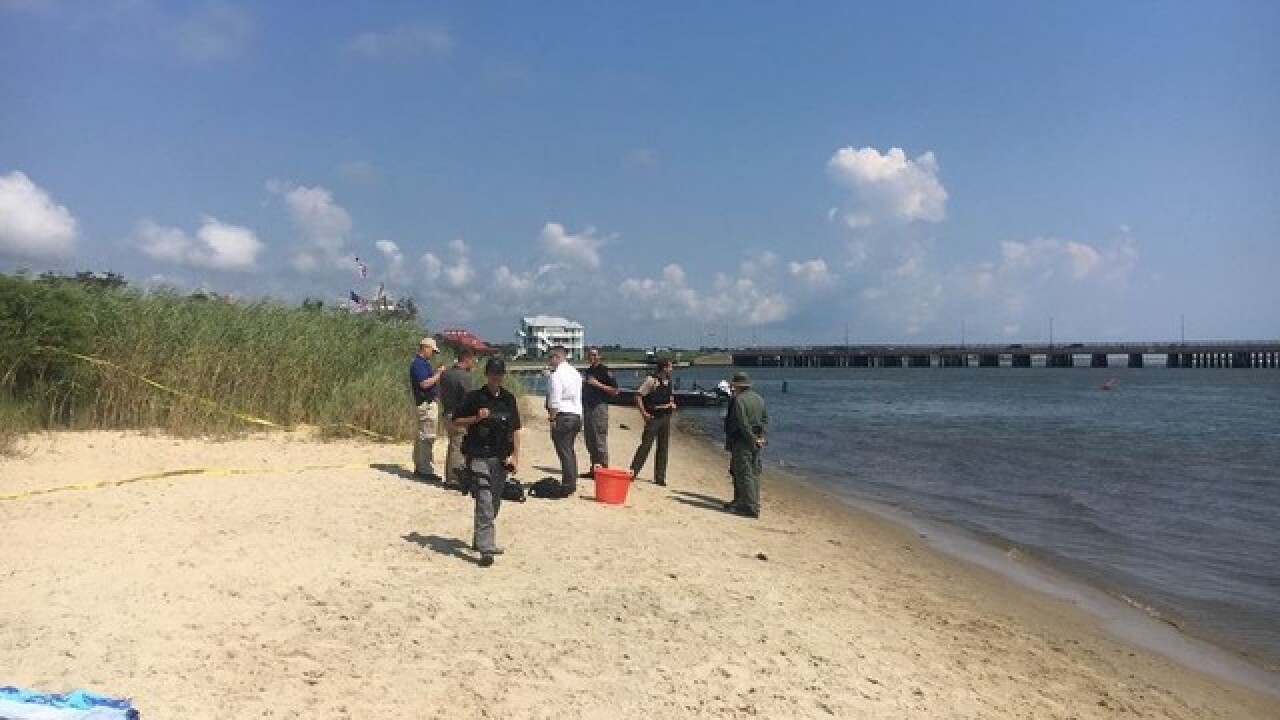 Copyright 2018 Scripps Media, Inc. All rights reserved. This material may not be published, broadcast, rewritten, or redistributed.
<p>(Photo, WMDT 47 ABC)</p>

On Tuesday thousands of people were shocked to find out a suitcase with bones inside was found on an Ocean City beach.

Two days later, The Worcester County Sheriff's Office announced the bone found was actually in a barrel, and it was an animal bone, not human remains.

The sheriff's office originally announced on Tuesday that a couple had stumbled across a suitcase with bones inside at Homer Gudelsky Park. But crews were not able to get to the suitcase that day because of the tides.

RELATED: Trunk with bones inside found by divers on Ocean City beach

On Wednesday officials changed the object from a suitcase to a trunk and a trunk to a barrel as they searched the beach for the mysterious object.

The barrel was then finally opened and the bone inside was sent to the medical examiner's office for evaluation.