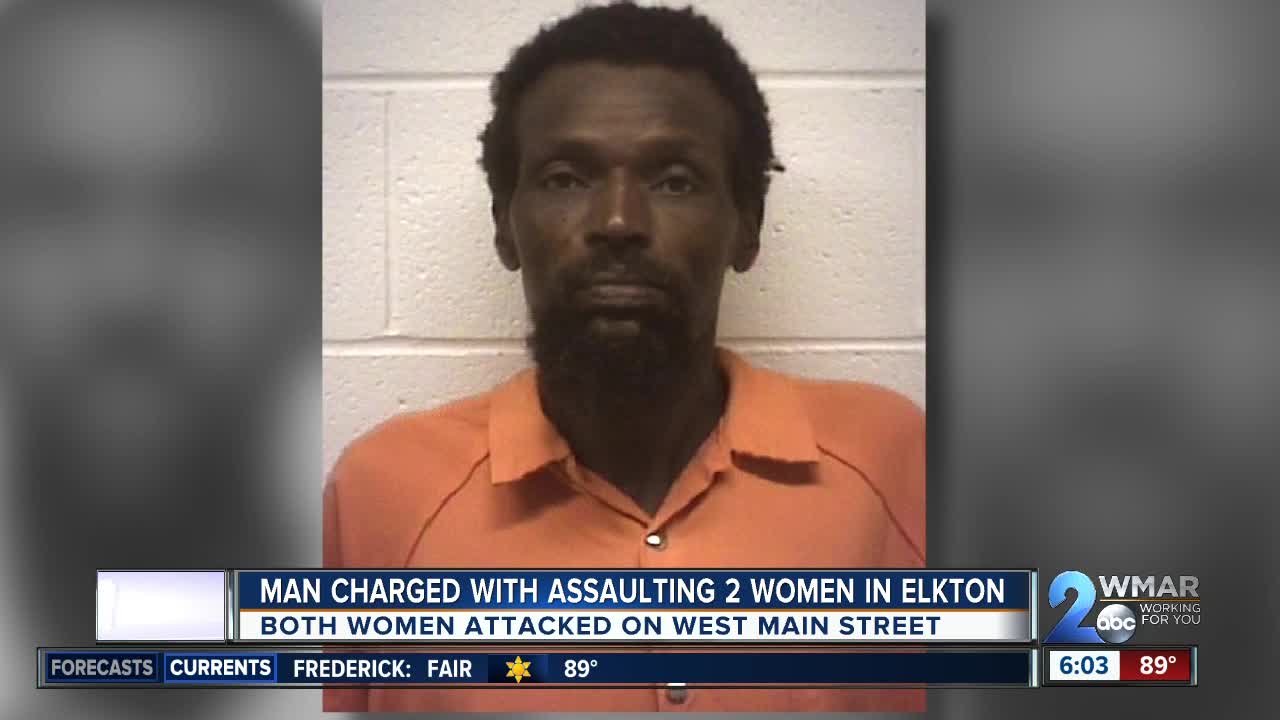 EKLTON, Md. — 49-year-old Arthur Hollingsworth, Junior has spent more than half of his life in and out of the court system in Cecil County amassing a criminal record that includes approximately 70 charges.

"He's been what I would say is a nuisance downtown for many years. I've dealt with him a lot throughout my career," said Elkton Police Detective Sergeant Ron Odoms.

But on Wednesday, Hollingsworth crossed the line from petty criminal to violent felon when he allegedly attacked two homeless women along West Main Street in Elkton.

The first victim claimed Hollingsworth was drunk when he grabbed her by the throat and began strangling her.

She told police after she broke free, Hollingsworth pledged that he would kill her.

A few hours later, a second victim encountered him on the street in the same block.

"He says something to her about 'taking a hit', and she said that was to 'hit' the crackpipe. We know what that means,” said Odom. “So they walk behind this house. She's talking to him. She also has her own drug issues. They go back there and unbeknownst to her, he grabs her by the throat and at that point, she gets scared and just drops."

Hollingsworth allegedly raped her in a covered walkway behind two houses before she broke free and ultimately made it to an area hospital where she reported the assault also identifying her attacker as the longtime nuisance turned violent.

"He was acting real strange yesterday,” Odom said. “I don't know if it was because of the drugs or the alcohol he as consuming, but even when our officers located him and arrested him for this incident, he was under the influence and we had to wait for him to come down off of that a little bit before we can even try to talk to him."