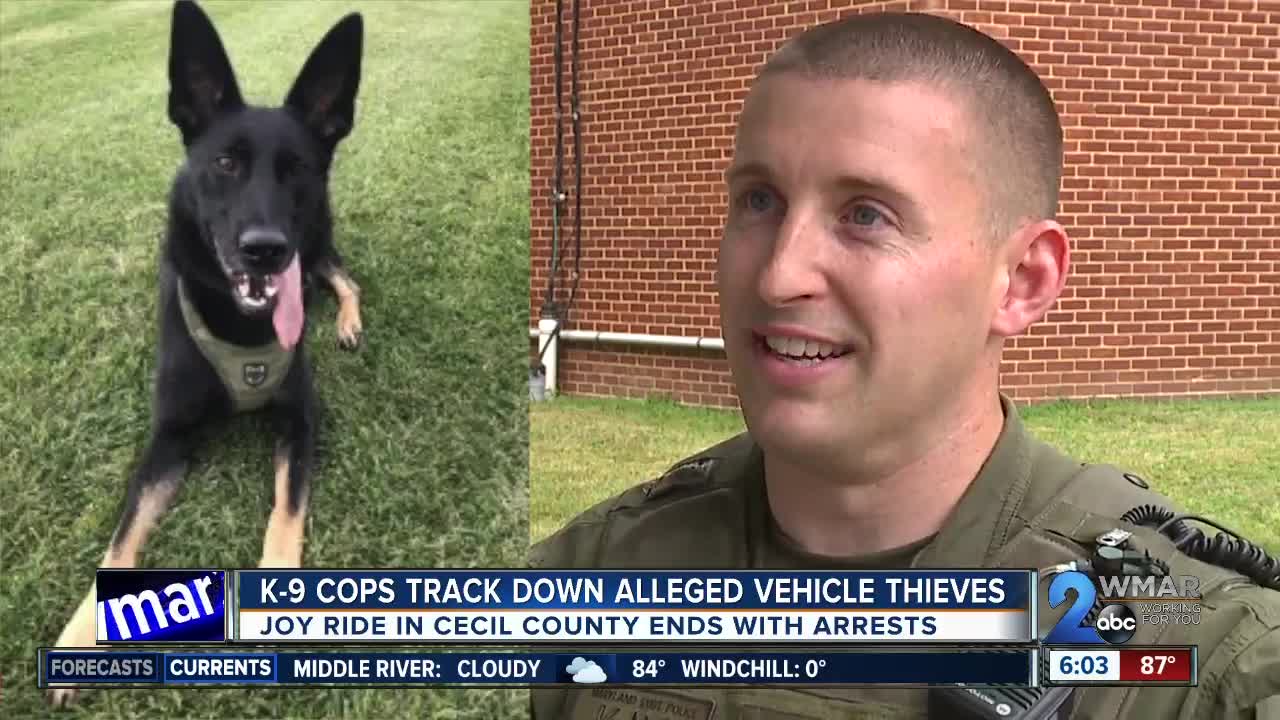 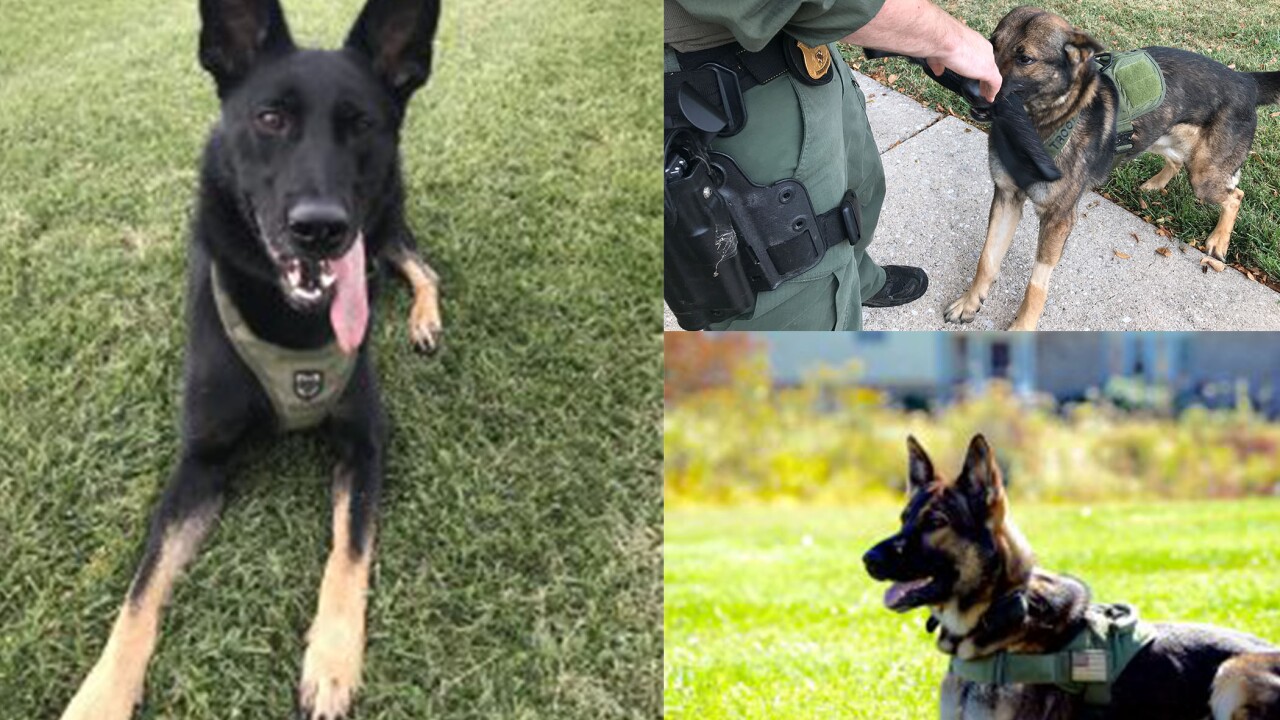 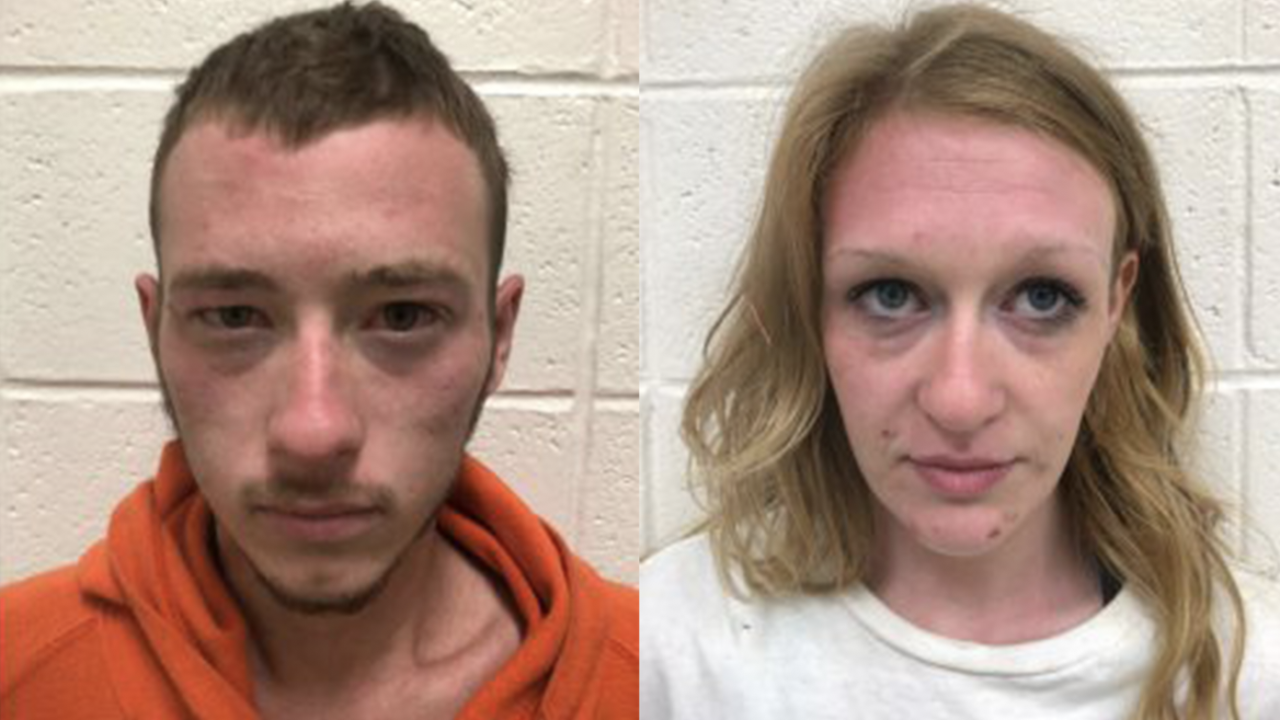 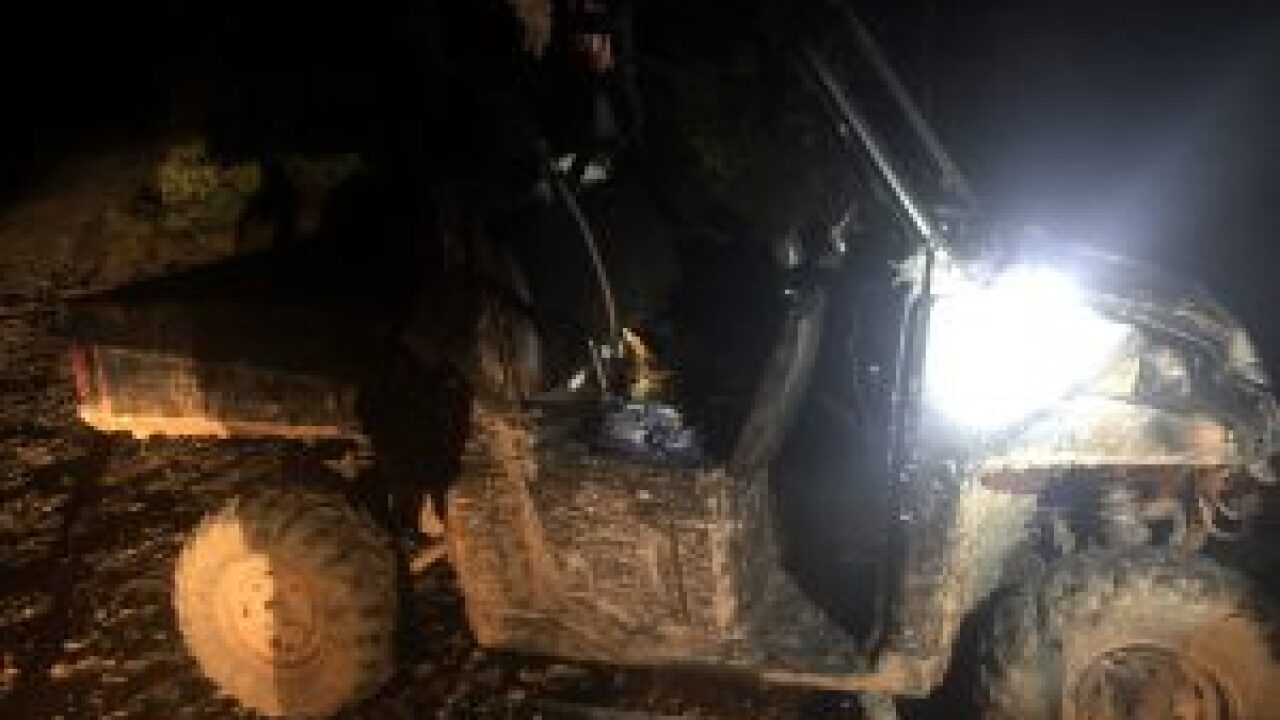 CHARLESTOWN, Md. — A joy ride at high speeds down Philadelphia Road in Cecil County on Monday night ends when police discover a stolen all-terrain vehicle in some woods in Charlestown.

"They followed the trail until they found the ATV, which at that point was unoccupied. They couldn't find the suspects,” said Elena Russo of the Maryland State Police.

That’s when Corporal Ryan Boyce and K-9 Max along with a second K-9 team answered a call for back up.

"You have a densely wooded area,” explained Boyce. “It's pitch darkness, and you're relying on your partner, your K9 partner, to use his sense of smell, use his hearing and go from there."

A sense of smell 40 times that of a human, and all it took was a discarded blue sweatshirt to set K-9 Max and K-9 Wade into motion.

Forty minutes later, they had tracked down 22-year-old Acie Boyce, and 23-year-old Brittany Russell of North East where they lied motionless in hiding a hundred yards from the abandoned ATV.

"They're going to hear us, and they hear the dog barking,” said the trooper. “Usually there's going to surrender. That's what happened with this one."

And why wouldn’t they, considering the dogs’ training to take on armed criminals in virtually any scenario at their handler’s side.

While, on its face, critics may not view a late-night joy ride on an ATV as much more than a property crime.

“This is a vehicle that these two individuals were driving erratically on a highway with other motor vehicles, and yes, our troopers take this very seriously,” said Russo. “It’s not just a property crime, but it’s a stolen vehicle.”

Dogs like K-9 Max routinely risk their own lives to save those of their human partners.

"Not just my life,” said Boyce. “K-9 Max and K-9 Wade have already saved multiple law enforcers' lives. Just having the canine presence there sometimes is a game changer for us."