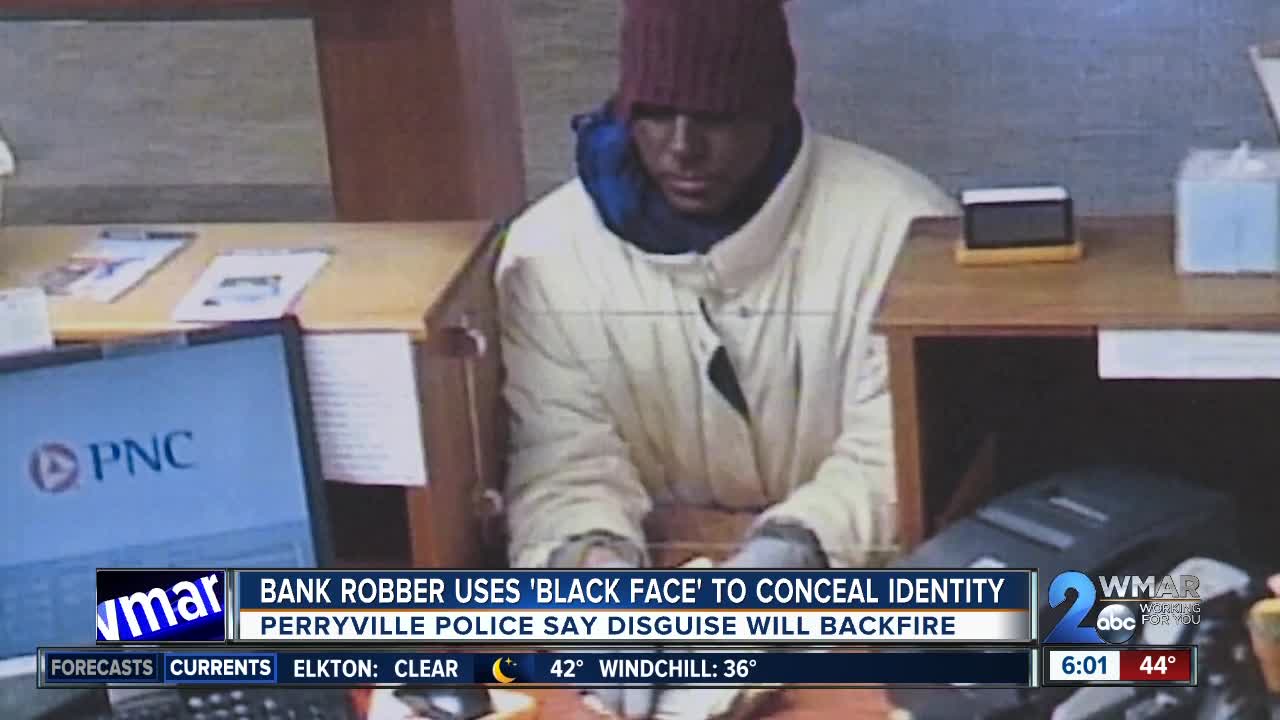 On its face, the heist at the PNC Bank on Pulaski Highway in Perryville Tuesday afternoon appeared to your standard fare, as far as bank robberies go.

PERRYVILLE, Md. — On its face, the heist at the PNC Bank on Pulaski Highway in Perryville Tuesday afternoon appeared to your standard fare, as far as bank robberies go.

"He came in, handed her a note, handed the teller the note, she gave him the money she had in the drawer," said Perryville Police Chief Allen W. Miller.

And at the time, Miller had no reason to doubt the teller's description of the robber.

"We interviewed the teller, and the teller gave us a description of a black male, five-seven, five-eight, 180 pounds," Miller recounted.

But when police checked the bank's surveillance footage of the robbery, they realized while the suspect wasn't wearing a mask, it didn't mean he wasn't trying to conceal his face.

"They found out by looking at the glove area, between the glove area and the jacket, this was actually a white male we're looking for,” explained Miller. “So initially, the call out was for a black male. It turned out to be a white male in a black face."

Now, it appears the same man behind what appeared to be a textbook crime---getting in and out of the bank in about 15 seconds with a getaway driver waiting outside in a grey Ford Focus---may have outfoxed himself.

The picture of the 'blackfaced' robber is spreading like wild fire on social media and to news outlets around the globe.

"We're getting calls from all over,” said Miller. “To cover his face, you know, the black face and to not cover his hands---not a very smart character, but it's not a matter of 'if' we're going to catch him. It's a matter of 'when'. He's by no means the smartest bank robber out there."