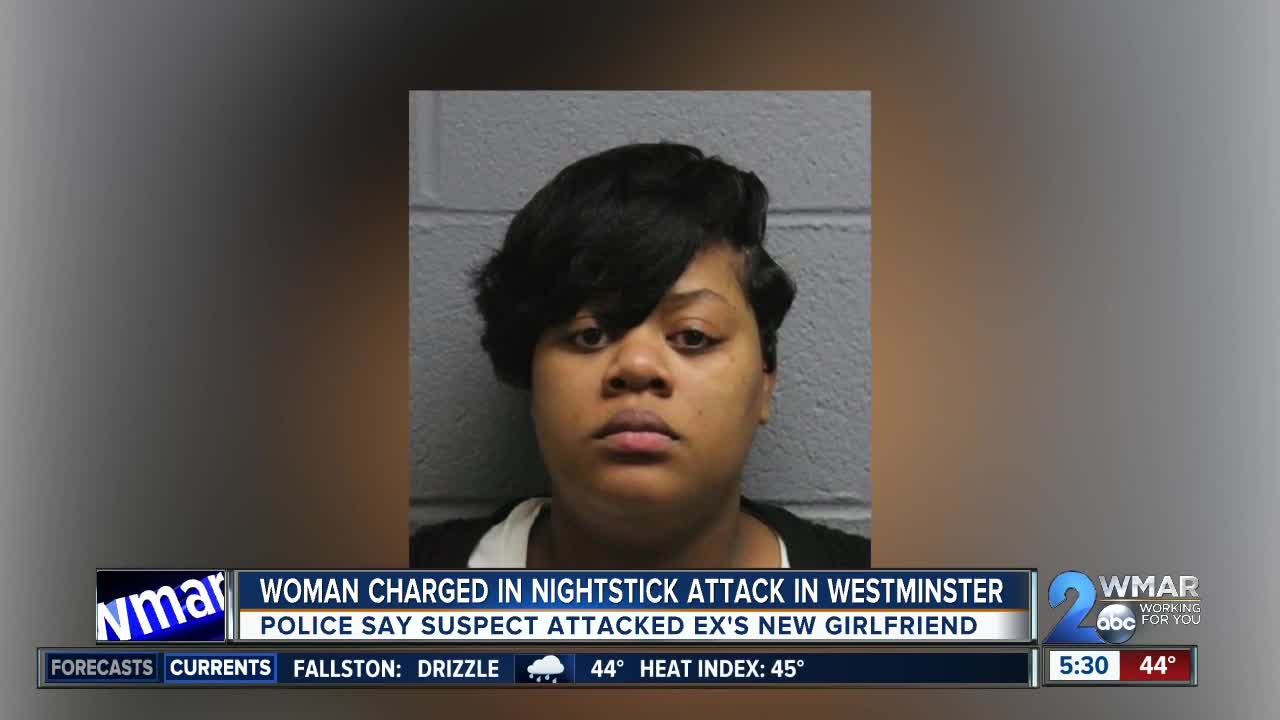 Less than 48 hours after people celebrated the new year, police say 30-year-old Aleasha Coley drove to Westminster where she repeatedly drove past the home of her ex's new girlfriend who recognized a threat when she saw one.

WESTMINSTER, Md. — Less than 48 hours after people celebrated the new year, police say 30-year-old Aleasha Coley drove to Westminster where she repeatedly drove past the home of her ex's new girlfriend who recognized a threat when she saw one.

"She recognized it being her boyfriend's ex-wife,” said Capt. Scott Peter of the Westminster Police Department. “She gave the husband a call, and he ended up coming home to the residence. At that time, Miss Cole had left the scene."

But the vengeful woman from Owings Mills wasn't finished.

A few hours later, detectives say Coley returned to the home with a 16-year-old girl and a baby in tow, confronting the other woman outside and then forcing their way into her home.

"The one juvenile assaulted the victim, and Miss Coley was armed with a nightstick and she attempted to hit the victim with a nightstick,” said Peter. “However, the husband and current boyfriend intervened and pushed them out of the residence at that point. The police were called to the scene, and Miss Coley was taken into custody for the assault and the burglary. The juvenile was also taken into custody and placed into Juvenile Services' care."

Even though Coley whiffed in her attempt to strike the new girlfriend, police say she crossed a line, wielding a weapon and attempting to use it.

"The attempt is to hurt somebody so if you have a nightstick, obviously you strike somebody or the attempt... even if you swing and miss at somebody and you're in close proximity and they feel that they were in danger, they still can be charged with an assault," explained Peter.

In addition to an assault charge, Coley also faces charges of home invasion and burglary.

A judge released her on her own recognizance, and she has since filed a petition for custody of the former couple's child.