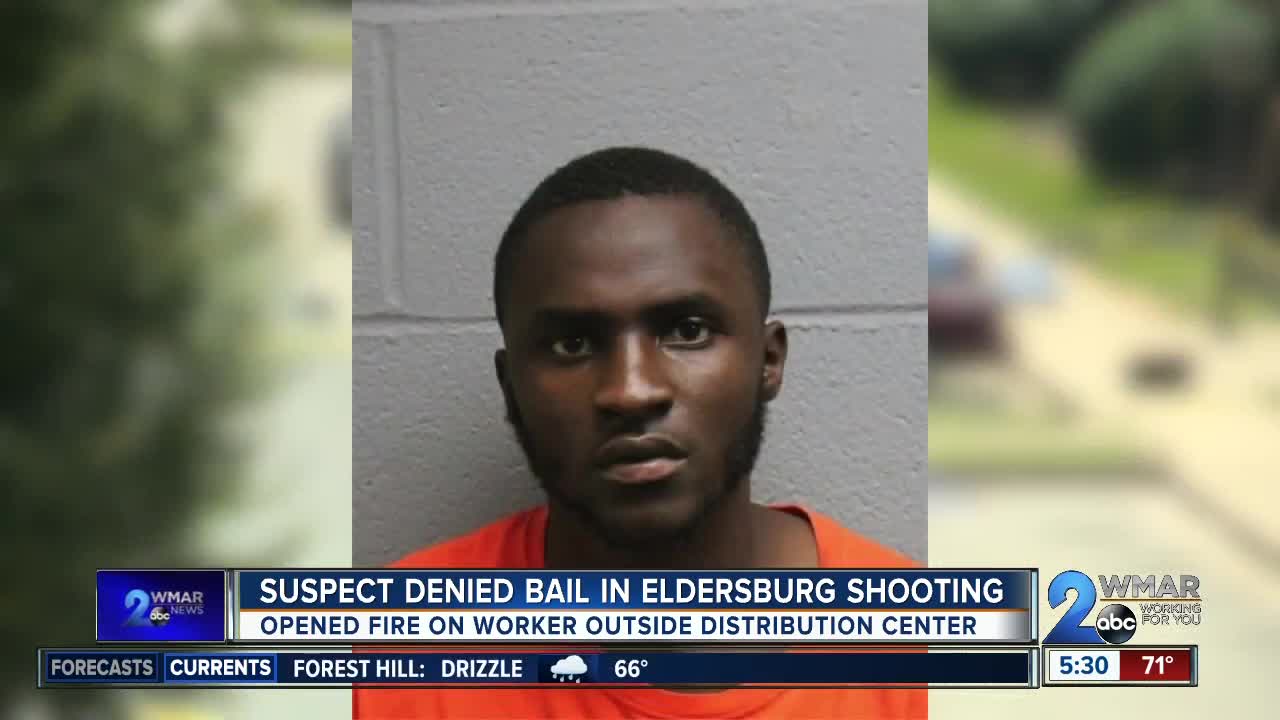 A Carroll County District Court judge has denied bail for a man charged with shooting a victim outside a business in Eldersburg.

ELDERBURG, Md. — A Carroll County District Court judge has denied bail for a man charged with shooting a victim outside a business in Eldersburg.

A report of shots fired outside the Daltile distribution center in a business park back in July shut down the area as police searched for a suspect.

"All we really knew was that there was a shooting, and we may or may not be coming to work today so that's about it," said Lauren Thrift, who works in the area.

A spokesman for the Carroll County Sheriff's Office, Tim Brown, would later confirm there had been a shooting, but little more than that.

"Deputies responded and found an adult male victim behind 1470 Progress Way suffering from gunshot wounds," Brown told us at the time.

Three months to the day later, police announced they had arrested 19-year-old Kevron Walker of Baltimore on an attempted first-degree murder charge in connection with the shooting after 40-caliber shell casings from the scene matched a handgun recovered in Baltimore, as well as evidence placing him at the scene of the shooting and connecting him to a suspect vehicle.

Police are withholding any additional details.

"We weren't really aware of any dangers to us," said Thrift.

"So what happened? Do we know? A workplace shooting? What was it?," we asked.

Longtime employees at the distribution center say the victim, who survived the shooting, was a temporary employee coming off of the overnight third shift when the suspect confronted him outside.

Others say police discovered dozens of shell casings and the victim survived despite being shot five times.

We still don't know the motive for the shooting.