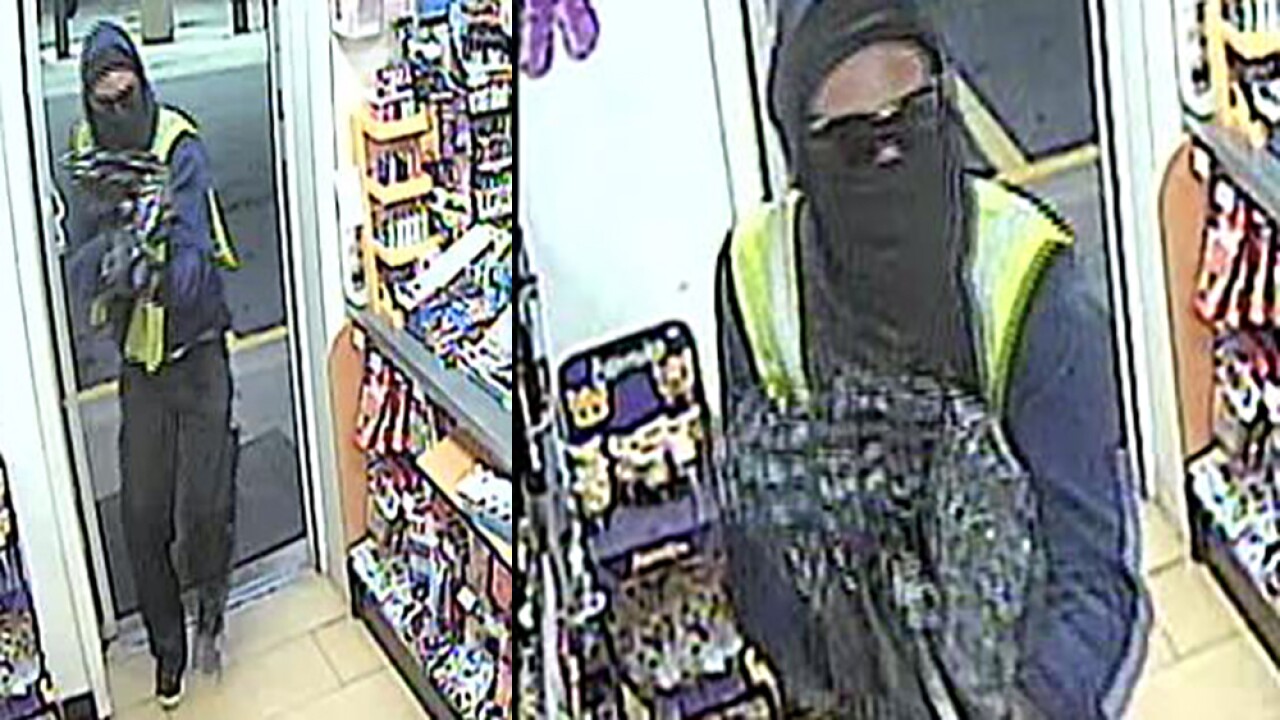 NEW WINDSOR, Md. — A man who used a semi-automatic rifle to rob a New Windsor 7-Eleven is being sought by Carroll County Sheriffs.

Deputies were called to the store at 2899 New Windsor Road for a reported armed robbery at about 3:08 a.m. Tuesday. The Sheriff’s Office said a man entered the store, showed the long-gun, and demanded money. The employee behind the counter complied, and the suspect fled the area in a dark colored Pontiac sedan. No one was injured in the robbery.

The suspect was seen wearing a dark blue sweatshirt, black cargo pants, a dark colored “skull cap,” sunglasses, black gloves, and a yellow traffic safety vest, deputies said. He was described as a 25-to-30-year-old black man, about 6 feet tall, with a thin build.

Anyone who may have information about the incident or who may be able to identify the suspect from the above image should contact Detective Ehrhart at 410-385-2499 or the department’s anonymous TIPS Hotline at 1-888-399-TIPP, or email jehrhart@carrollcountymd.gov.