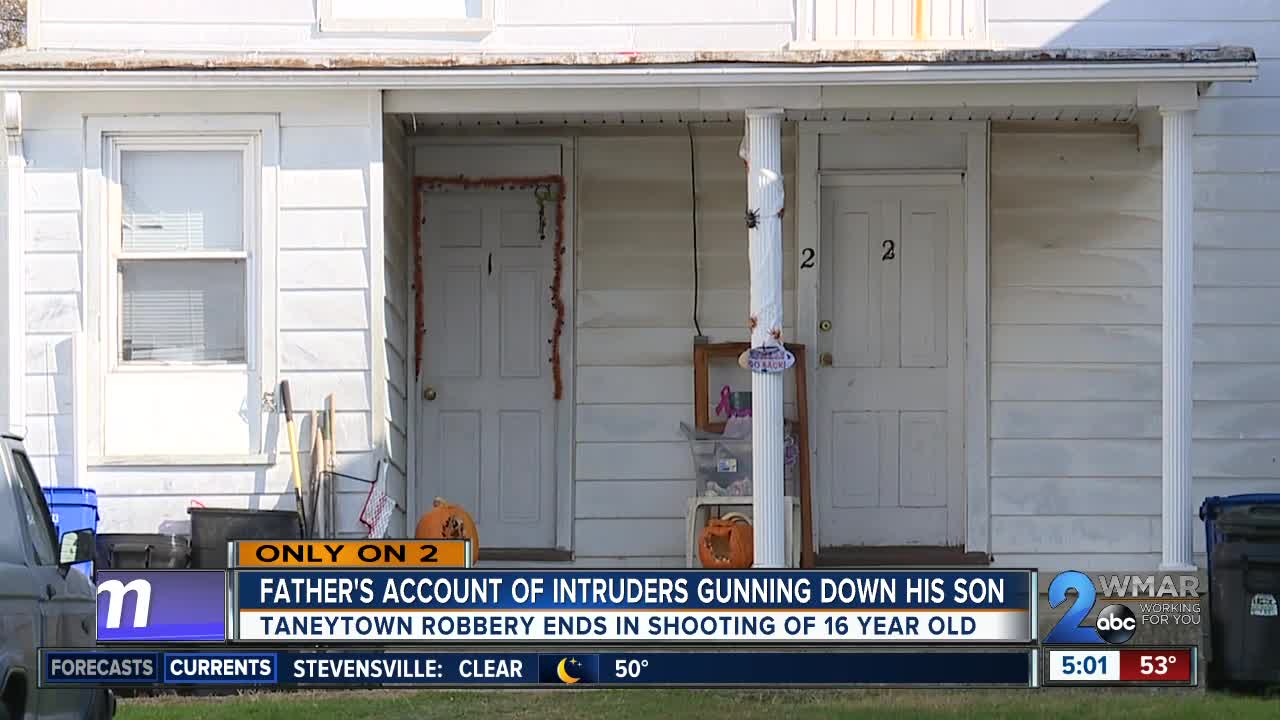 A rude awakening in an apartment inside a house along Taneytown's main thoroughfare early Tuesday, and as two men levelled guns at Arvil Hamm demanding to see his 16-year-old son, he instantly recognized one of them as his neighbor.

TANEYTOWN, Md. — A rude awakening in an apartment inside a house along Taneytown's main thoroughfare early Tuesday, and as two men levelled guns at Arvil Hamm demanding to see his 16-year-old son, he instantly recognized one of them as his neighbor.

"It was about two o'clock in the morning. Like I said, Charles---he knows me. He's a drug addict and he lives literally... he's my neighbor, but he knows my son has been working over at the farm,” said Hamm. “He's been saving up money and he had a little bit of money saved, and I guess he figured..."

If the suspect, later identified as 31-year-old Charles Caradine, figured he was going to score some easy cash, he figured wrong.

"They threatened to shoot me or they actually said they were going to shoot my son if I did anything. 'Just stay there. Don't move,’” recounted Hamm. “We were both fighting. I got hit in the head with the gun. As we were fighting them off, once the gun shot, they ran."

Hamm says his son was shielding his teenaged girlfriend from harm during the confrontation, and a seven-year-old in the home also witnessed the attempted robbery.

"He woke up and had a gun pointed at his head too,” said Hamm. “Just like I woke up. That's how I woke up this morning."

At the request of Taneytown police, Maryland State Police launched an investigation, which immediately turned to Caradine, the victims' neighbor, as a suspect.

"They went to his home, called to him, he ultimately came out and surrendered without incident and was taken into custody,” said Greg Shipley of the Maryland State Police. “He is awaiting charges now. The search is continuing for a second suspect who we believe to be in the area."

Officers hit the streets in search of witnesses and even launched a drone to help search the area for any sign of the triggerman.

In the meantime, paramedics rushed Hamm's son to the Shock Trauma Center where we're told he underwent surgery, and his condition has since been stabilized.

"He said it hurt to talk, which I understand that because I had cracked ribs before. I got hit with a baseball bat when I was about his age fighting, and bruised lungs or bruised ribs,” explained Hamm, “It hurts every time you take a breath, talk or you know."

Hamm says his son had been saving up money to buy a car, and the suspect knew about his stash, which was in excess of a thousand dollars.