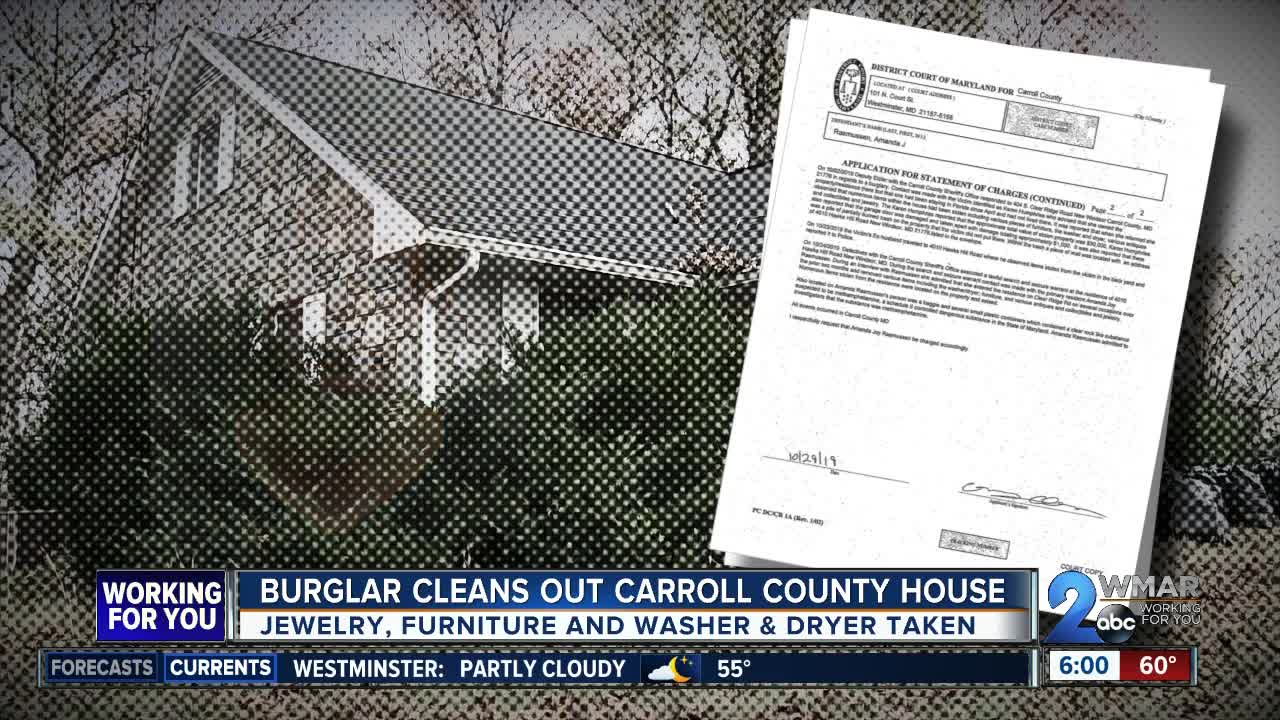 Tucked between New Windsor and Union Bridge along South Clear Ridge Road, the house appeared to be empty. 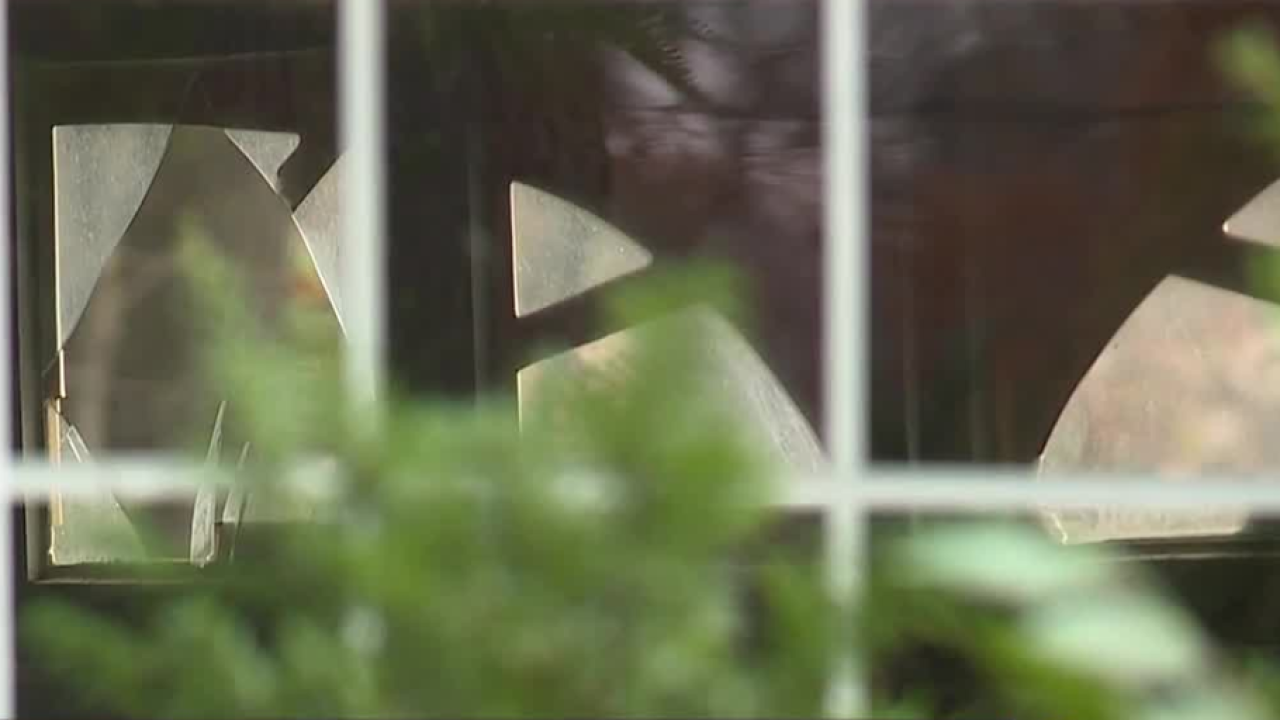 "Who knows who is going to move out? They don't put out signs," said Frank DiPaola who lives just down the road.

But where neighbors saw signs of abandonment, it appears 39-year-old Amanda Rasmussen spotted an opportunity.

According to charging documents, Rasmussen admitted over a two-month period, she entered the house on several occasions stealing jewelry, antiques and collectibles.

Over time, she even returned for furniture and a washer and dryer, and no one seemed to notice it.

"I really wouldn't notice,” said DiPaola. “I don't really pay attention. The only thing I pay attention to is like next door."

When the rightful owner of the house returned from a six-month stay in Florida, she found the garage door damaged, a screen cut in the front and an estimated $30,000 worth of property missing from inside the house.

She hadn't just been burglarized.

Her home had literally been cleared out.

In a burn pile behind the house, a piece of mail turned up with another New Windsor address, and police obtained a warrant and discovered some of the stolen goods there leading them to Rasmussen who police say confessed to the thefts.

A pat down of the suspect also produced a baggie containing several small containers filled with methamphetamines.

Rasmussen now faces a series of charges including burglary, theft scheme and malicious destruction of property that could carry a sentence in excess of 40 years if she's convicted on all counts.