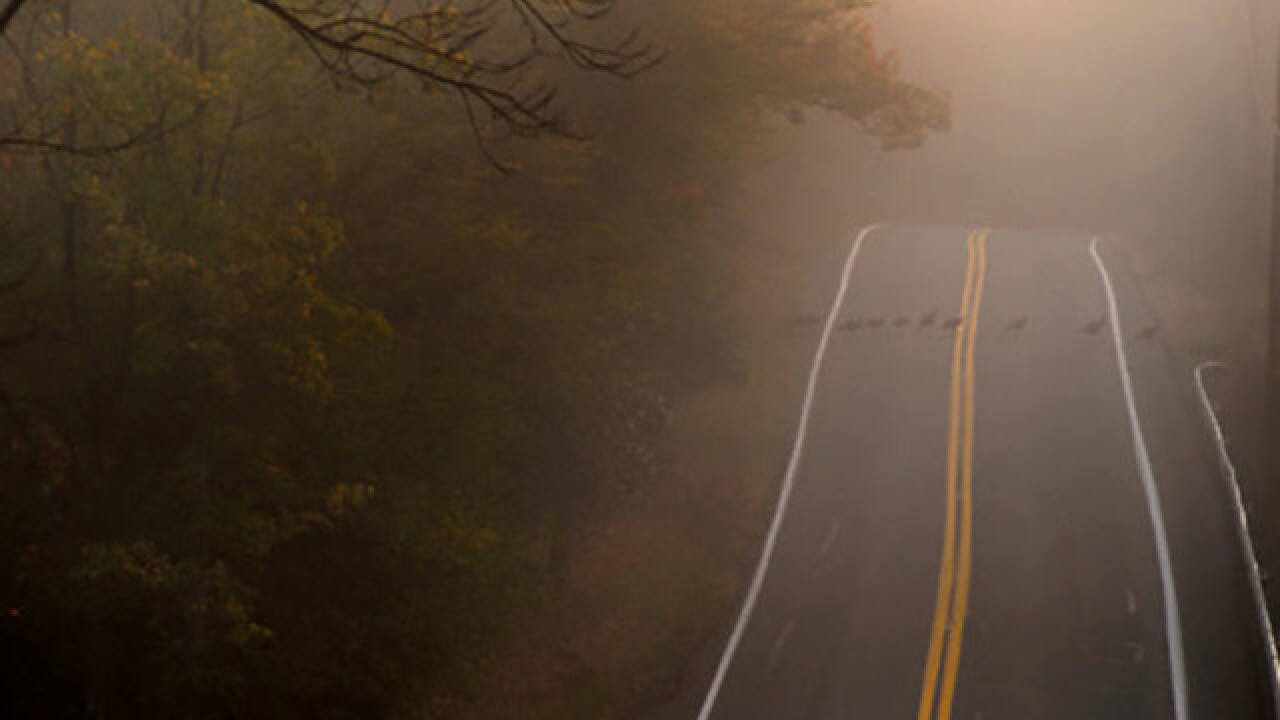 Copyright 2018 Scripps Media, Inc. All rights reserved. This material may not be published, broadcast, rewritten, or redistributed.
Raul Touzon
<p>Turkeys cross a road on a foggy day. <em>(Photo courtesy of Getty Images)</em></p>

A Cockeysville man was arrested in Pennsylvania after fighting with his girlfriend and shoving her into traffic, where she was subsequently struck and killed, early Friday morning, Pocono Mountain Regional Police said.

Zachary Collett, 26, was arrested and is facing possible charges of involuntary manslaughter, recklessly endangering another person, and simple assault in the killing of his girlfriend Brianna Burkhart, 26, also from Cockeysville.

Police said Collett and Burkhart were in the area for undetermined reasons. The two had been drinking earlier in the night, and after leaving a bar, they began driving north on Pennsylvania State Route 611. The couple started arguing and fighting, eventually stopping their car in the middle of the road in Paradise Township, Pa. The two got out of the car and kept fighting. Witnesses said they saw the couple continuing to fight inside and outside of the car around 1:20 a.m., police said.

Eventually Collett shoved Burkhart, knocking her to the ground, where she landed in the southbound lane of Route 611. Then another driver, an 18-year-old woman from Tobyhanna, Pa., accidentally struck and killed Burkhart.

The Tobyhanna woman thought she had hit a deer, but upon impact she realized she struck a person and pulled over immediately. The driver was taken for a blood test to determine if she was under the influence of anything, but police don't believe alcohol or other drugs were a factor in the crash.