Woman shot in road rage incident on I-695 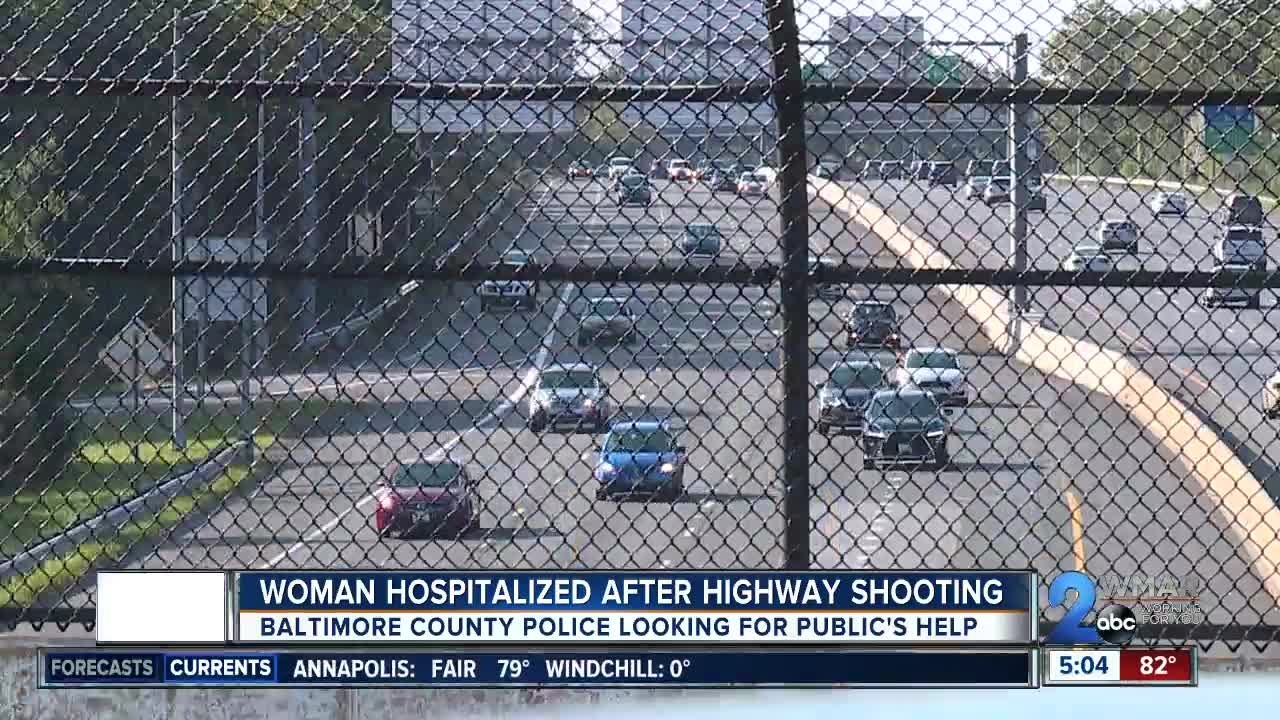 With traffic re-routed for the majority of the afternoon on Sunday, police are trying to crack down on finding both a wheelman and a shooter. 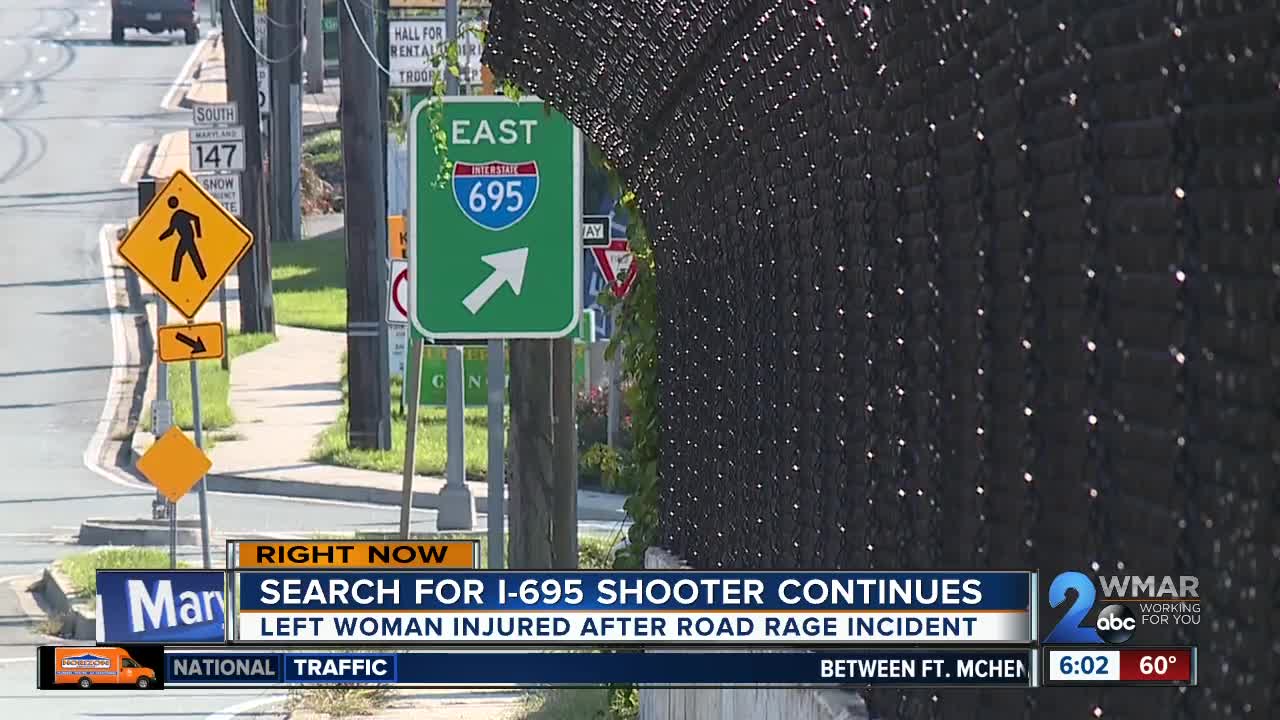 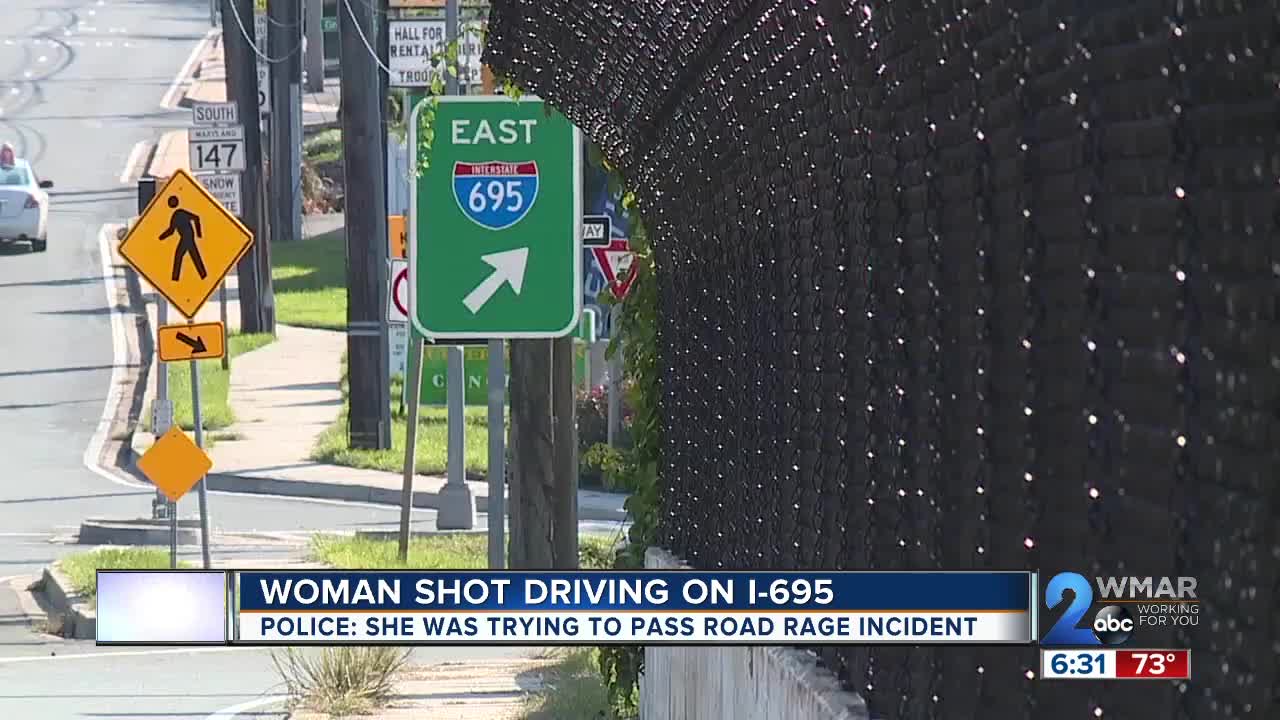 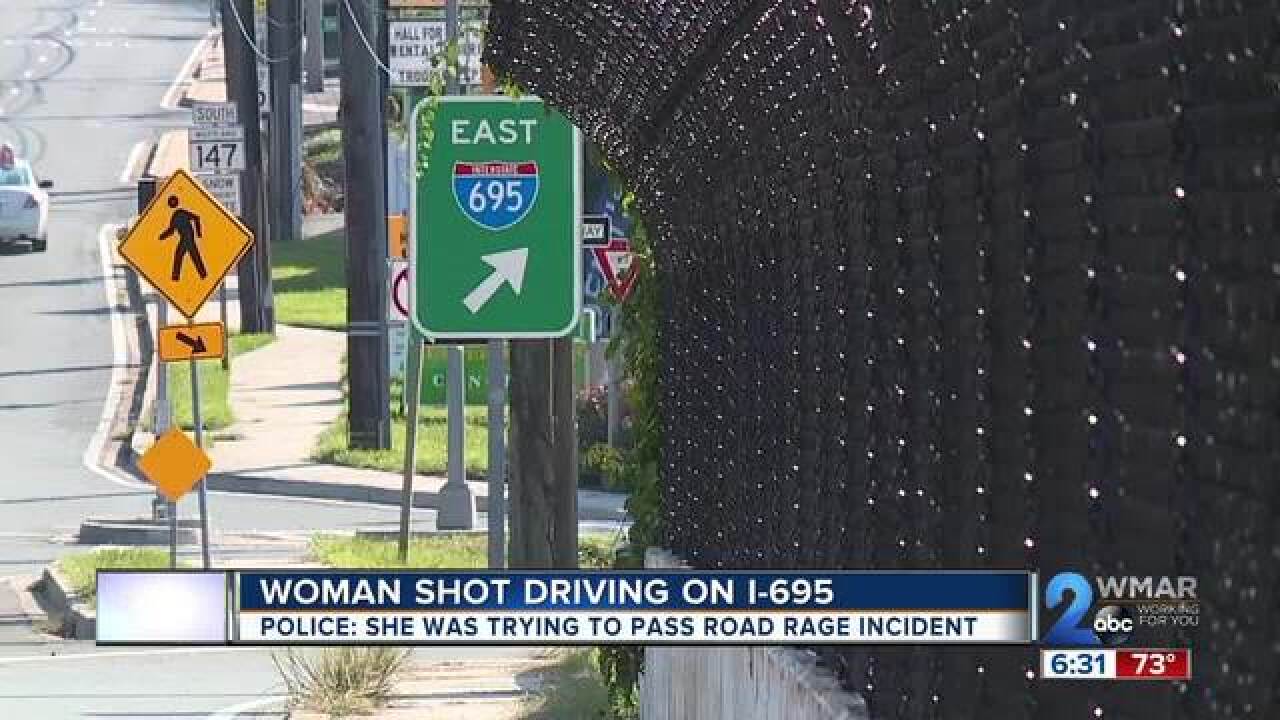 With traffic re-routed for the majority of the afternoon on Sunday, police are trying to crack down on finding both a wheelman and a shooter.

"Someone from that Nissan fired shots at her vehicle. It went through her vehicle and struck her in the upper portion of her body," Officer Jennifer Peach, a spokeswoman with the police department said.

She said it was a road rage that led to a shooting -- leaving one woman in the hospital.

A dark-colored, black or grey, Nissan sedan was driving erratically eastbound down the Beltway, swerving lanes ultimately slamming on the brakes, slowing down a non-descriptive white van.

From there the 58-year-old woman who had just driven onto the Beltway had tried to get around the slowed cars, before she was hit.

"That gunfire could've hit anything. If they had been further inside, in the left lane or the center lane, it could've gone right passed the intended vehicle and struck somebody, a child, a baby, anybody," Peach said.

Officials are continuing to search for both the van and Nissan. The van is believed to be a work style model with no rear windows.

Police say the victim describes the driver as a black man and the front passenger as a white woman wearing a yellow shirt.

Police consider the occupant of the van to be a direct witness to the incident.

Investigators are asking for anyone who may have witnessed the shooting or saw a dark Nissan or white van driving aggressively on Eastbound I-695 in the Towson/Parkville area around noon on Sunday, to call detectives at 410-307-2020.