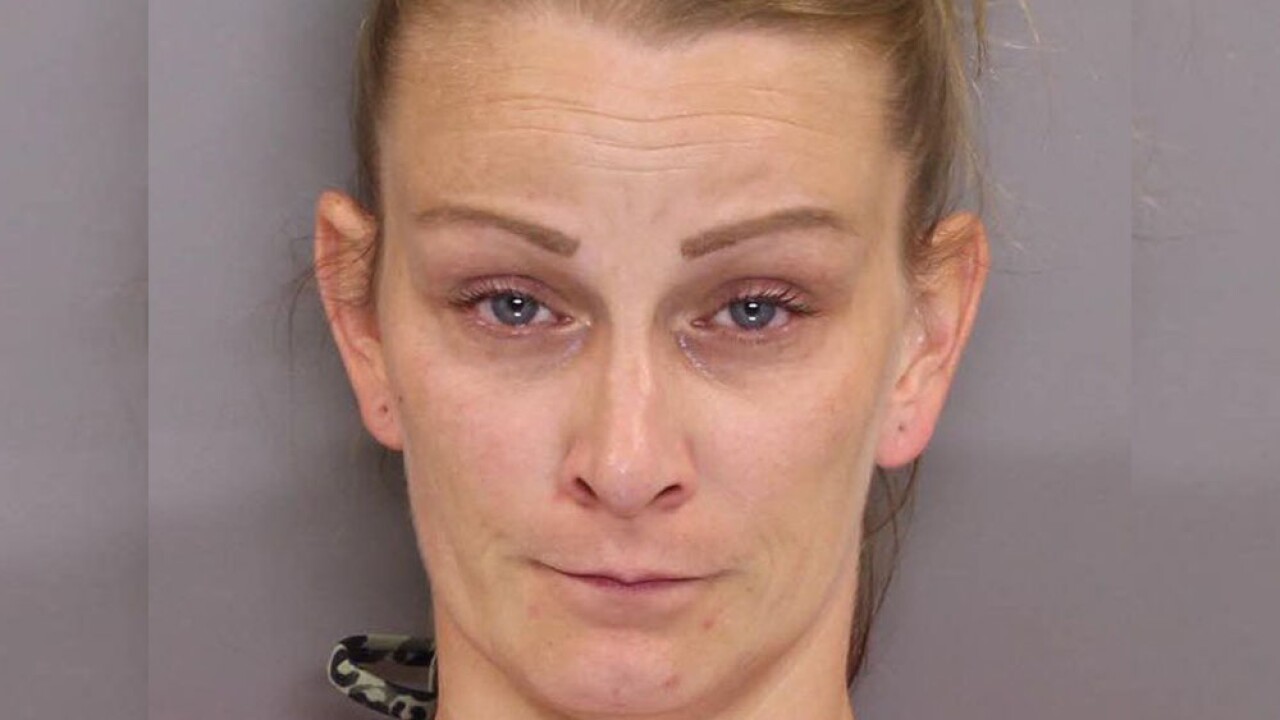 DUNDALK, Md. — Baltimore County Police arrested and charged a woman with a DUI after they say she was driving under the influence and crashed into a motorcycle driver in Dundalk.

According to police, officers were called to investigate the crash at Wise Avenue and Park Drive around 2:00 a.m. Wednesday. During their investigation, officers learned that a 2007 Mercury Mariner driving east on Wise Avenue collided with a motorcycle driving west on the street towards Park Drive.

Police say the driver of the motorcycle was ejected from the vehicle and was pronounced dead as a result of the impact.

The driver of the Mercury Mariner, identified as 33-year-old Jessica Leigh Doran, stayed at the scene after the crash.

Doran has been charged with driving under the influence of alcohol and is currently being held at the Baltimore County Department of Corrections on denied bail status.