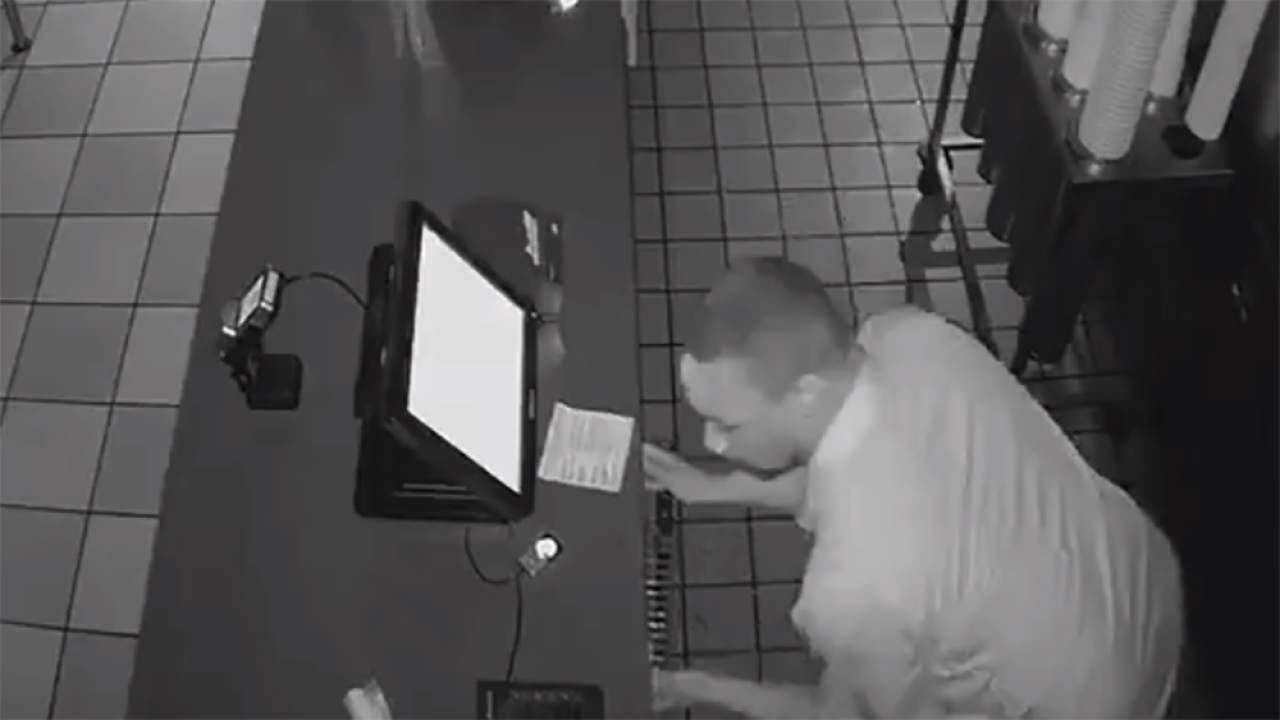 HALETHORPE, Md. — Baltimore County Police shared footage of a man unsuccessfully ransacking a Halethorpe Burger King in the hopes they might be able to identify the suspect.

Do recognize this Burger King Burglar? #BcoPD wants to hear from you! Call the burglary unit at 410-307-2020 if you can identify this burglar or have info on this burglary at Burger King in Halethorpe on June 26. ^jzp pic.twitter.com/2RSoh1stzB

Police posted the footage to Twitter, in which a man with close-cropped hair and a tighly-trimmed beard can be seen violently prying at multiple cash drawers and cashier stands at the store in what appears to be an attempt to access money. He can be seen trying his luck with two registers at the counter. He resorts to using a tool, what appears to be a knife or a screw driver, to try to pry open the drawers, to no avail.

He then leaves the frame, but a camera at what looks like the drive through cashier’s window is his next target. He pulls the counter from the wall, but he still cannot gain access to the register’s cash drawer.

Police said the burglary occurred on June 26. Anyone with information should contact the Baltimore County Burglary Unit at 410-307-2022.