New numbers from Baltimore County Police show crime is down in the first half of the year compared to last year.

From task forces, to reshuffling officers to better deal with certain crimes, Baltimore County Police say they’re satisfied with where their numbers are.

But they’d like for them to be even lower and they think with even more resources, by the end of the year – they could see just that.

New uniform crime reporting data released to the FBI shows that in a year’s time, crimes are down by about a little more than 7% across the county. 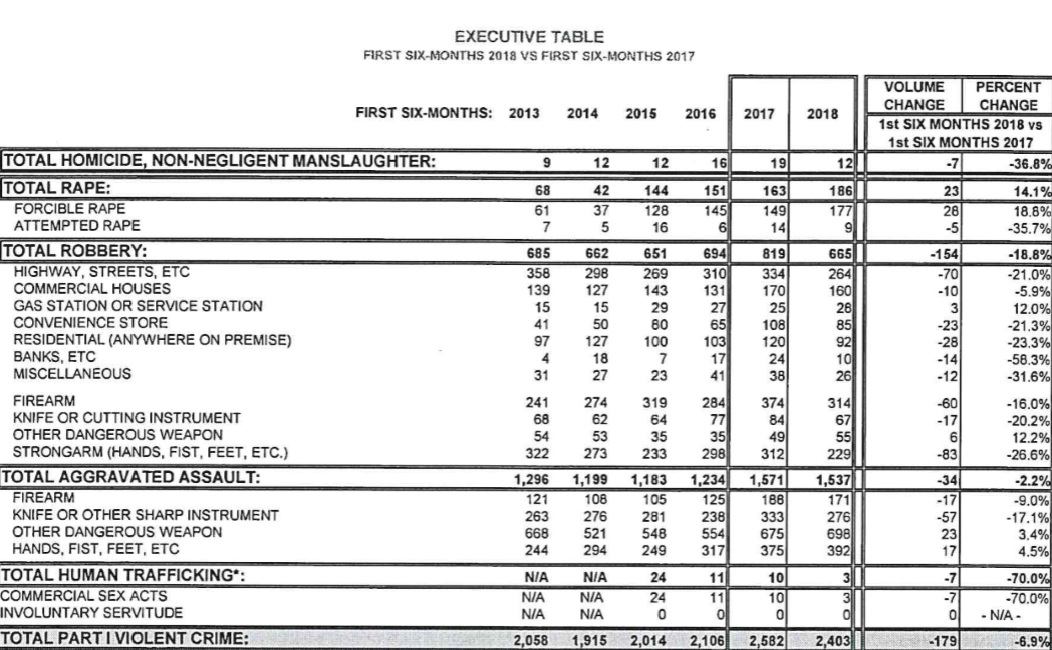 “Traditionally, we have had an issue in addressing robberies: commercial robberies and auto thefts. What we’re seeing now with carjackings is that a car thief can’t just steal a car anymore. They can’t just break a window out and hotwire a car, and steal it. They need to the key fob,” Cpl. Shawn Vinson, a spokesman with Baltimore County Police, said.

Vinson attributes the change to persistent officers working diligently in the community but acknowledges there’s still areas for improvement.

There have been more cases for rape and the number of aggravated assaults are around the same as last year.

And then carjackings, like the January attack on a 69-year-old man in Nottingham leaving him in the hospital, are still an issue – prompting the department to put together a task force.

RELATED: Nottingham man carjacked, run over by teens; police looking for two others

“We recently put a carjacking team together in the beginning of 2018. We’re thinking that this is helping assist and we’re also putting an emphasis on investigating our robberies lately,” Vinson said.

Despite the problem, the department is seeing results.

There have been about 150 fewer cases of robberies around Baltimore Vinson says due in part to that task force, adding that with four months left in the year, the department is taking the reduction as a sign that what they’re doing is working for a better a Baltimore County.

“The systems that we put in place – we’re going to continue, and if they don’t become successful, we’ll address it. We’ll look at what the problem is, where we’re seeing an increase in crime, and try to address that issue,” Vinson said.

The department says along with officers, partners on the local, state, and federal government are making sure that cases are being closed and there are successful prosecutions of these crimes.