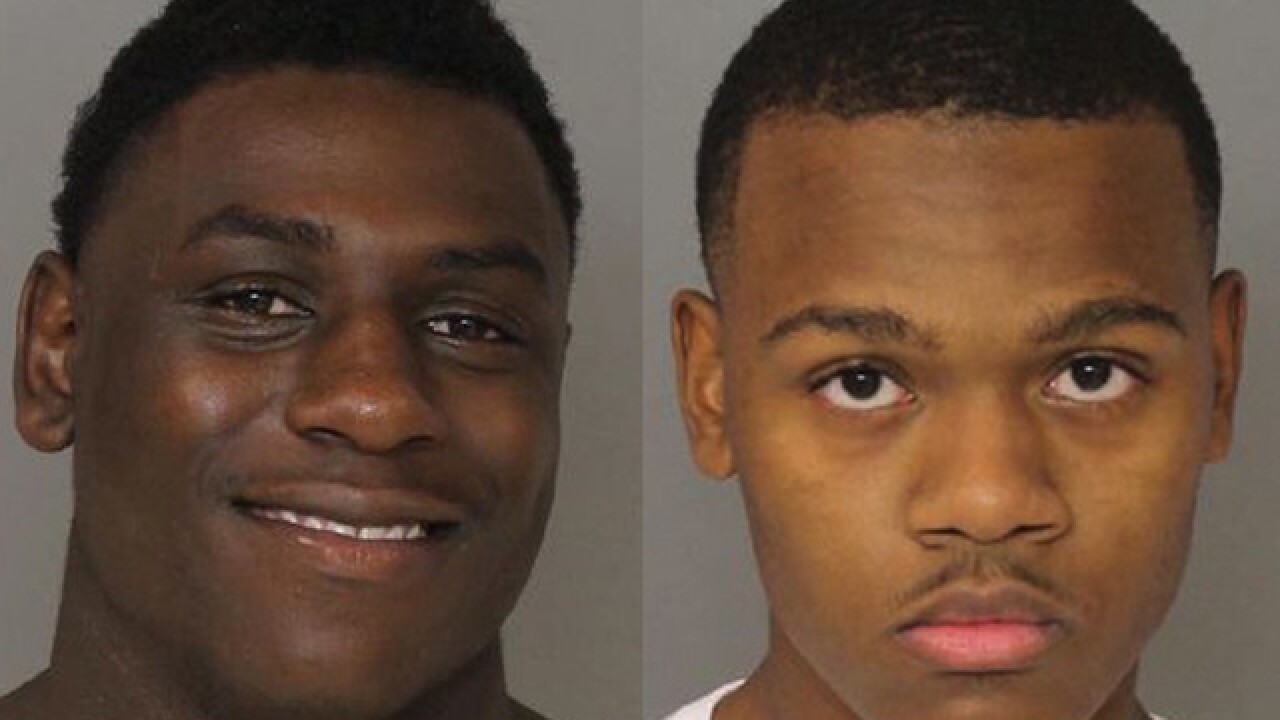 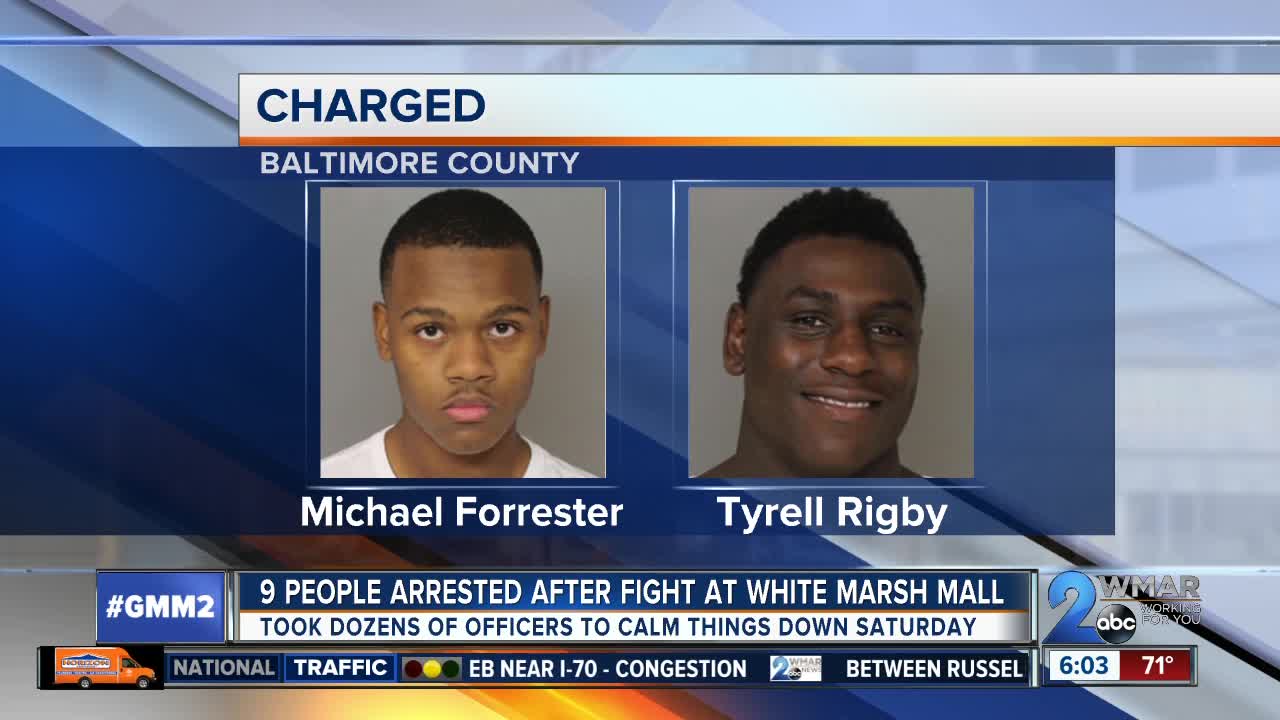 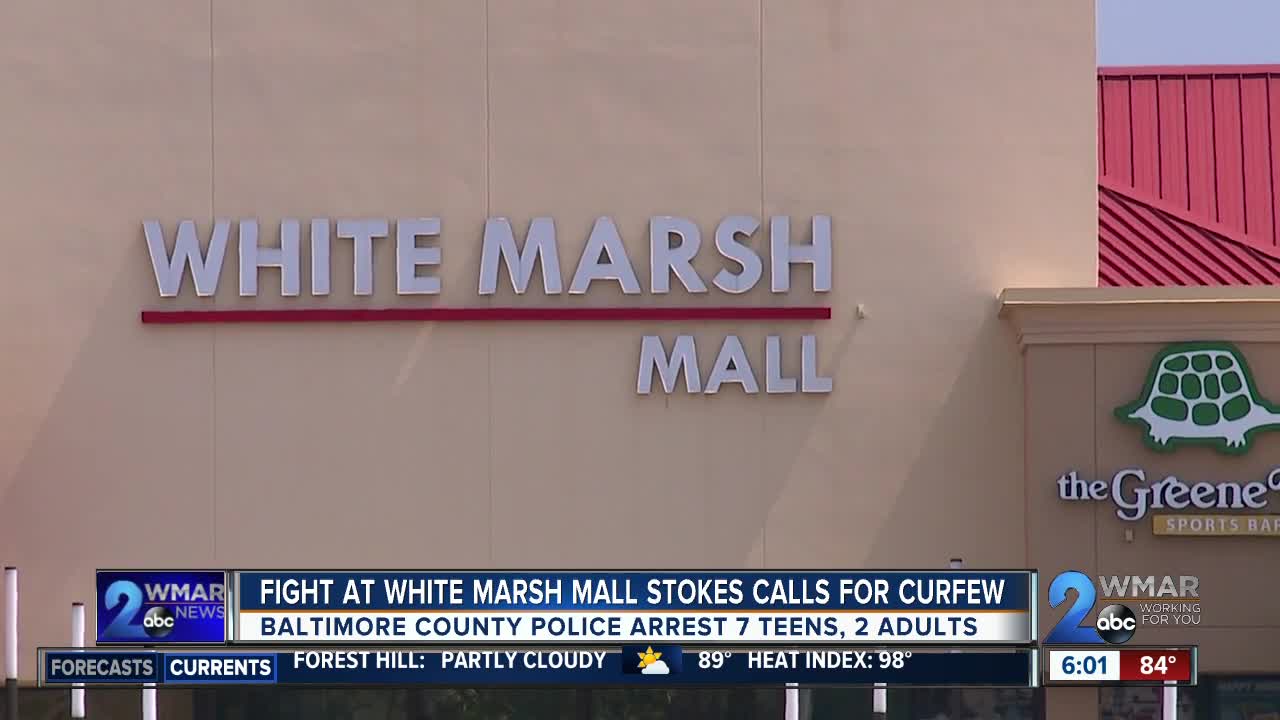 Seven teens and two adults were arrested outside of White Marsh Mall Saturday night following a fight inside the food court.

Just after 9 p.m., an off-duty Baltimore County officer was helping mall security officers move large crowds of juveniles and young adults out of the mall and off the property when one group became hostile with the officers. This led to one adult suspect identified as 19-year-old Michael Forrester attempting to punch the police officer. The officer was able to block the punch, but as he initiated an arrest for the assault, the rest of the group surrounded the officer and mall security officers.

The officer deployed pepper spray into the air in an effort to disperse the crowd, but when groups of people started running away, they caused additional disturbances. Some began blocking traffic on Ring Road and others crossed Honeygo Boulevard to The Avenue at White Marsh. Security at the Avenue also began moving the youths off of their property.

Baltimore County Police identified the second adult as Tyrell Rigby, 19, of Baltimore. He was charged with disorderly conduct and trespassing.

It took approximately one hour and a total of 36 officers including Maryland State troopers from three separate barracks to bring the situation under control.

Baltimore County council member David Marks tweeted that he would like to see a youth escort policy put into effect to improve security at White Marsh Mall. Two years ago, Marks' office pushed to adopt a similar policy at Towson Town Center.

I will be joining the police, representatives from White Marsh Mall and The Avenue, and Councilwoman Bevins tomorrow to review last night's incident and propose solutions.

The guest age restriction policy for the Towson Town Center states shoppers who are under 18, must be accompanied by an adult age 21 or older, on Friday and Saturday nights after 5 pm.