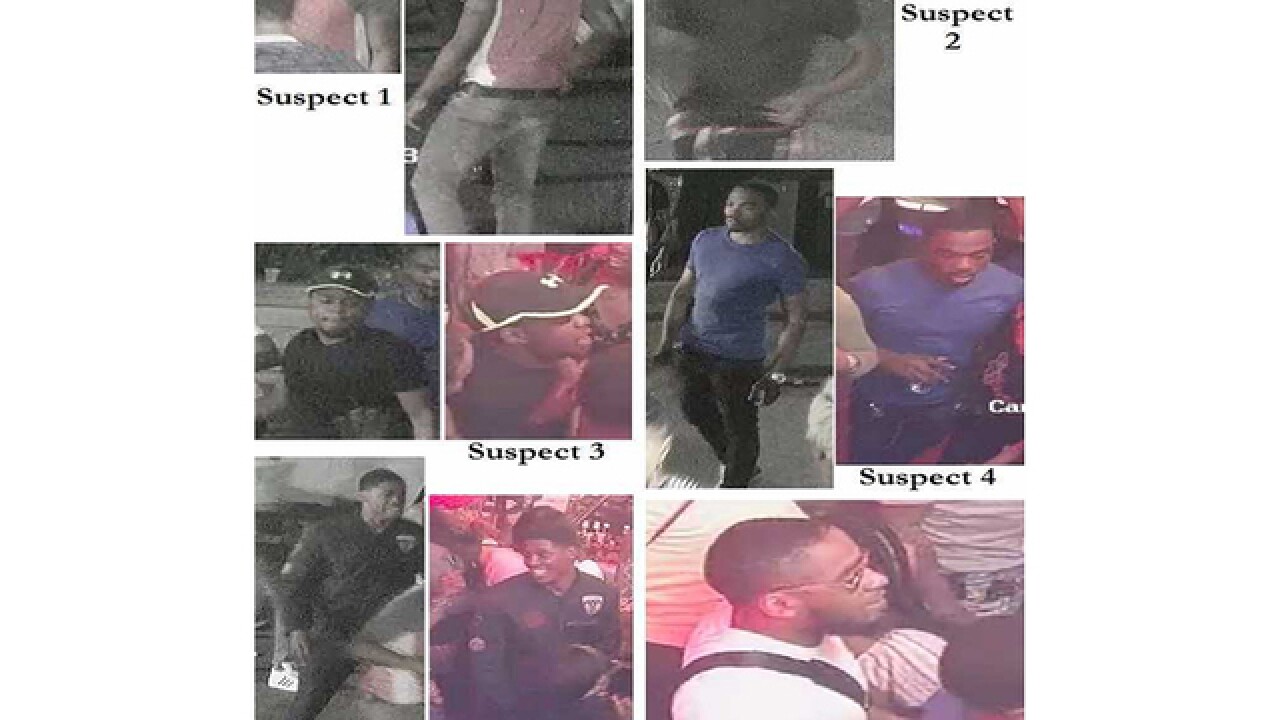 Baltimore County Police are searching for six suspects who they say were involved in the assault and robbery of a man leaving a bar in Catonsville.

According to police, the man left was leaving Loafers Sports Bar in Catonsville around 1 a.m. with two of his friends, when a group of men approached him and started aggressively beating him up. They say two of the suspects stomped him in the head and body, while another stole items from his pockets.

The man suffered serious injuries and was taken to Shock Trauma for treatment.

Officers say the man told police that he unintentionally bumped into one of the men as he was leaving the bar, and felt that may have been the motive of the attack.

Police believe at least one of the suspects frequents the area of Edmondson Village in Baltimore City but has yet to be identified.

The Baltimore County Police Robbery Unit is continuing to investigate this incident.

Anyone who recognizes any of these six suspects is asked to contact police at 410-307-2020.