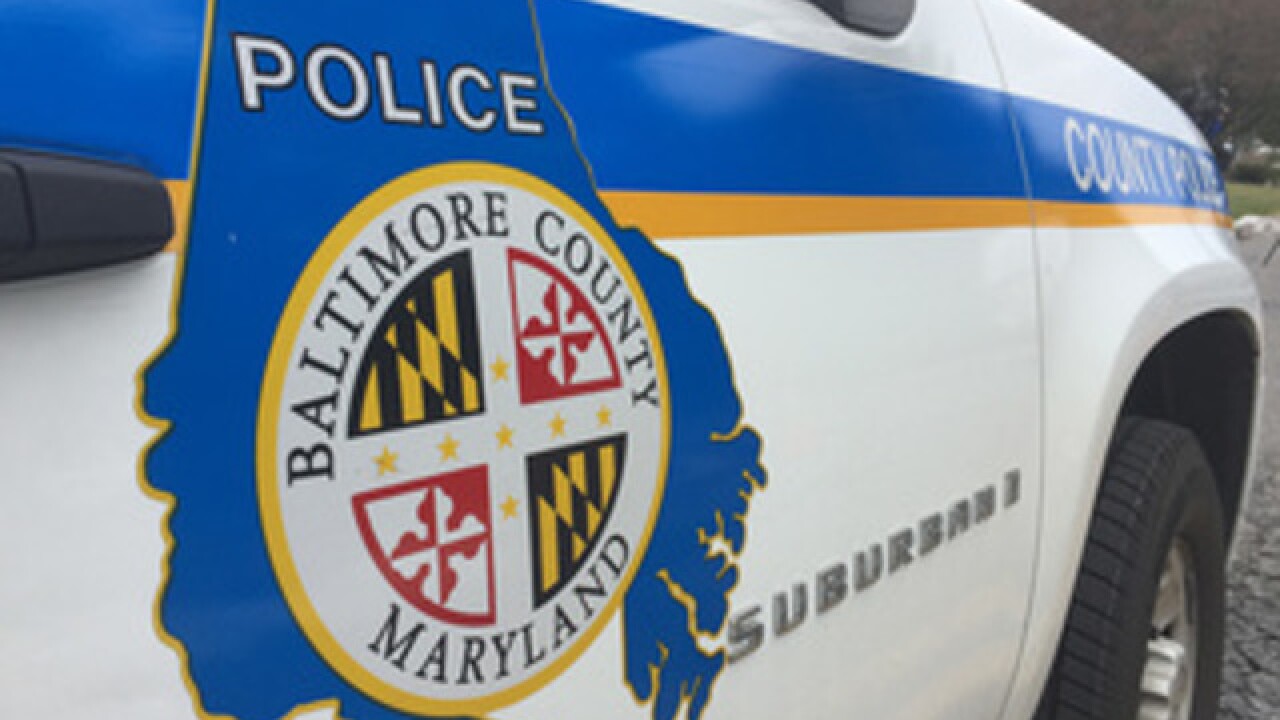 A passenger involved in a three car hit and run crash last week has died.

Baltimore County Police on Sunday evening announced that 77-year-old Sandra Janette Watkins had passed away earlier in the afternoon.

Watkins, of the 300 block of Blue Grass Lane was a passenger in a GMC Yukon that was struck by a suspected hit and run vehicle after it had gone through a red light on Monday, November 19.

Police say the suspect, Jay Michael Perkins of Westminster was located in Carroll County and arrested and charged for multiple hit and run related offenses.

Perkins is accused of driving his older model Ford F-150 through a red light as he was traveling westbound on Westminster Pike. That caused him to collide with a Ford F-350 that had a green light traveling northbound on I-795. Perkins' vehicle then crashed into the car Watkins was in as it was attempting to turn left onto Westminster Pike from I-795. Perkins then fled the scene.

At the time of the crash all victims involved declined medical attention. It wasn't until the next day Watkins began to feel ill. She was taken to Sinai Hospital where she later died.

Police say Perkins will not only face charges in Baltimore County, but Carroll County as well. He could face additional charges after a crash team conducts an investigation and forwards its findings to the Baltimore County States Attorney's Office.