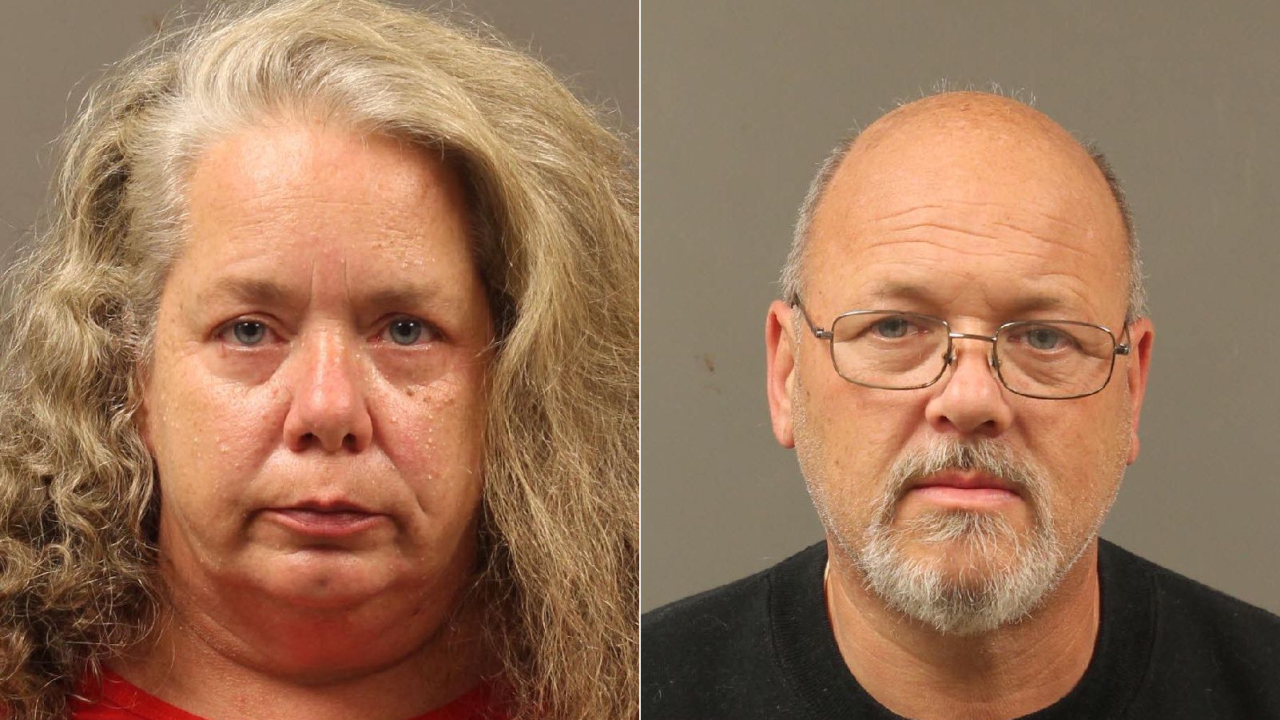 Police say Garriott Cox and Pamela Arrington are facing more than 60 animal cruelty charges each, several of which are felony.

The two were owners of a business "Colony Cats of Bird River and Beyond" which provided adoption services for cats in the Middle River area. They were also approved as a charitable organization in 2018.

The investigation began in September after a letter was emailed by a Baltimore County Animal Services officer who detailed concerns that the Maryland SPCA had with the conditions of the cats Arrington brought in.

According to the officer's report, on September 24 they entered the garage of the Middle River home and were "immediately met with very high levels of cat urine smell and ammonia." The officers report continued stating that there appeared to be "approximately 50-55 cats housed in the garage" at that time.

“I had a headache that was not present prior to entry that was brought on by ammonia levels in the garage and it took time for my nose and eyes to stop burning" a detective reported.

In October it was learned that while the organization was established as a non-profit organization, the owners had not applied for a holding facility license through Baltimore County. This is required to house the amount of animals they had at their location.

Based on the finding that the health and safety of the animals had deteriorated, it was deemed appropriate to remove the animals by Baltimore County Animal Services.

According to the incident report, based on the number of animals confined, a search warrant was issued and conducted on October 9 at the Middle River home.

Upon arrival, the detective attempted to locate the homeowner by knocking on all available doors but there was no response. The detective knocked on the rear door and observed large piles of trash and debris on the deck as well as a pungent odor of urine or ammonia coming from inside the home.

After attempting to locate the homeowner further, the detective turned his attention to the shed.

Once inside, the smell was apparent and the detective was immediately able to observe various sized metal cages that lined the walls of the garage.

The cages were stacked 2 high and had from one to five cats in them.

According to the incident report, "most of the cages that this detective was able to observe did not have clean food or water and almost all of the cages had litter boxes that appeared to contain more feces than kitty litter."

After passing several cages, the cats began to spastically thrash around the cage and climb the walls. The report states that these actions are indicative of animals that experience starvation.

The detective, with assistance from Baltimore County Fire was able to remove about 30 cages from the garage. They found that there were 76 cats in those cages.

A veterinarian from Baltimore County Animal Services was on-site and approximately half of the cats were suffering from varying illnesses to include Conjunctivitis, infections, Leukemia, ulcers, and upper respiratory infections.

Once the cats had been removed, it was revealed that a styrofoam box contained a deceased cat which was not sealed meaning it did not prevent disease from possibly spreading to the live cats.

After several hours, they were able to remove 76 live cats and 15 deceased cats from the garage and shed.

Another search warrant was conducted on October 17 of the home.

Upon arrival, detectives located Garriott Cox and Pamela Arrington in their driveway. The detective explained the process and then entered the home to verify no other subjects were contained within the home.

Once inside, the detective was "overcome with a strong odor of animal urine and feces."

According to the report, the kitchen floor and counters were littered with trash and covered in feces, the carpeting and floor of the living room was stained with animal feces and urine. In the room there were approximately 10 to 15 animal cages that contained a large number of cats.

There were also several other cats running around the room. It's estimated there were about 30 cats loose.

After entering the master bedroom, the floor was so dirty it made it impossible to walk freely. The detective reported crates that contained two mixed breed dogs as well as cats roaming freely among the debris.

During a search of a room at the front of the residence, there were approximately 30 more cats roaming free and in cages.

"Almost all of the cages had litter boxes that were overflowing with feces and water and food bowls that were empty or contained fluids that appeared to be a mixture of urine, food and feces."

In an upstairs loft area there were approximately 25 cages with an additional 20 cats. The detective noticed a smaller cage that appeared to be designed for a small rodent and found what appeared to be a decomposed small animal that had died a significant time ago.

After several hours, they were able to remove 74 live cats, 59 dead cats, two dogs and one bird from the home.

A person that adopted one of the rescues urges the public to consider adopting or donating supplies to the Baltimore County Animal Services as there are over 100 cats from the case still in the shelter.

"My family adopted one of the cats that survived this horrible ordeal and, as members of the community rather than shelter employees or volunteers, we only found out the details as the case became public, so we wanted to speak out," they said.

The individual wanted to thank the workers and volunteers who have helped the animals who care and work to find homes for the animals in need each and every day.

"According to reports, many lives were lost and hundreds of animals harmed in this hoarding situation. In addition to mandated mental health treatment, it is our hope that the offenders are held accountable to the fullest extent of the law," they continued.

"Again, there are many wonderful cats and other pets available for adoption at Baltimore County Animal Services (And other local shelters and rescues). Please consider adding a new member to your family; you’ll be glad that you did and you’ll be giving them a chance at the happy, loving lives they deserve."