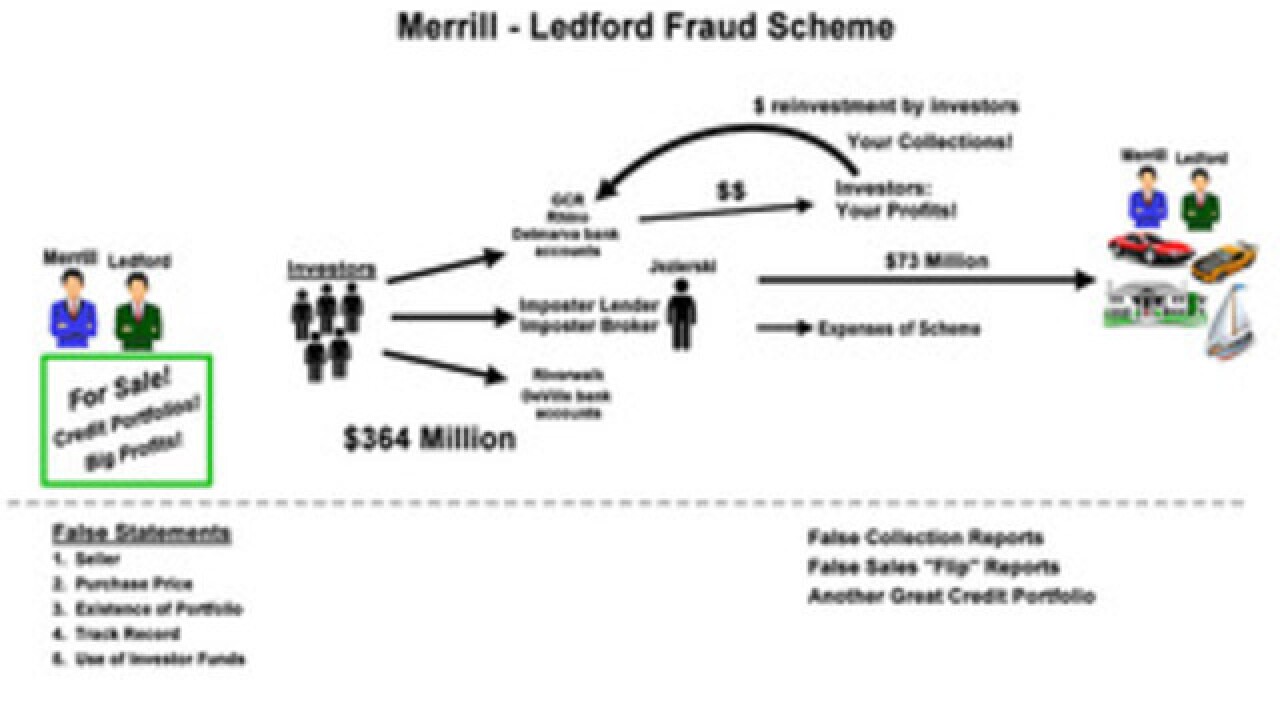 A Maryland man indicted and arrested by federal authorities for his part in perpetrating a $364 million Ponzi scheme, is denied bail.

Merrill along with Jay B. Ledford, 54, of Las Vegas, and Cameron R. Jezierski, 28, of Forth Worth, Texas, were charged with multiple counts of conspiracy to commit wire fraud, wire fraud, identity theft, money-laundering conspiracy, and financial transactions over $10,000 in criminally derived property, according federal prosecutors.

The trio perpetrated their scheme starting in January of 2013. The FBI caught wind of the fraud through a tip, said Gordon B. Johnson, Special Agent in charge of the FBI's Baltimore field office.

All three suspects were arrested in a coordinated, multi-state sting on Tuesday, Sept. 18.