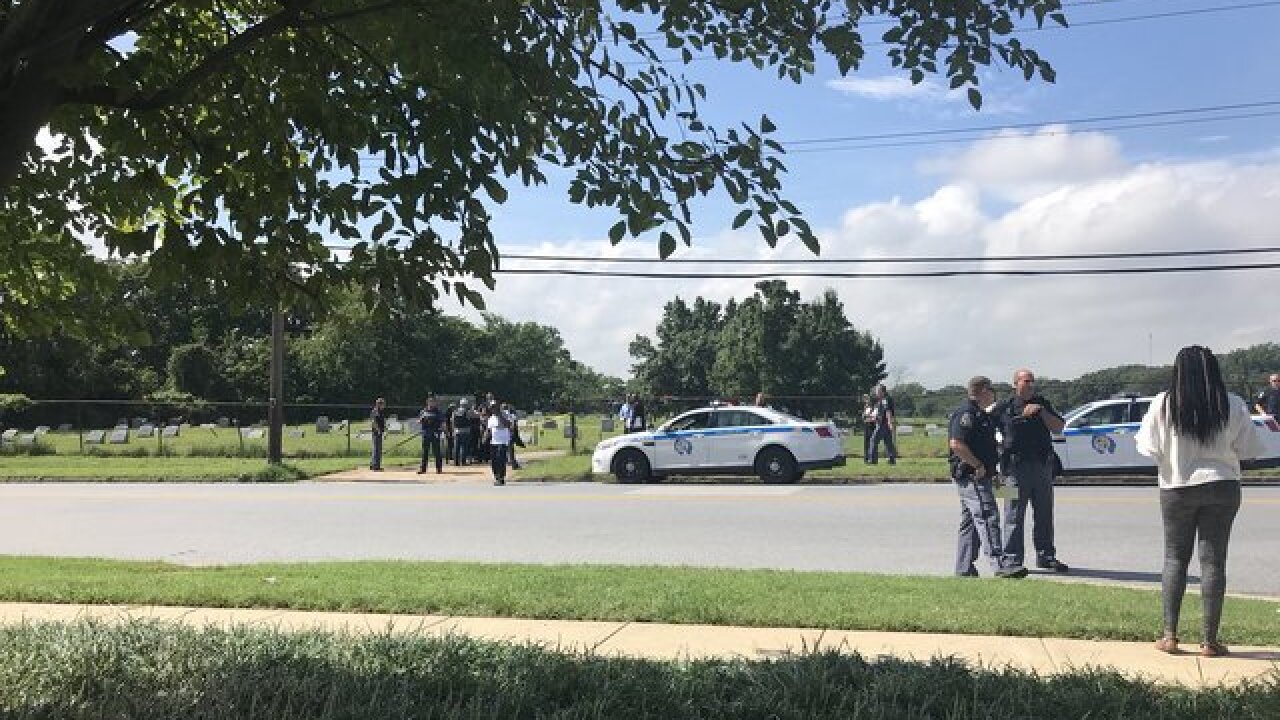 Copyright 2018 Scripps Media, Inc. All rights reserved. This material may not be published, broadcast, rewritten, or redistributed.
<p>Photo by Abby Isaacs</p>

A man was shot and killed while attending his younger brother's funeral Wednesday afternoon, according to police.

Police say 32-year-old Maurice Brown of the 300 block of Lyndhurst Street was the one who was shot and killed at Mt. Zion Cemetery.

RELATED: One dead, one injured in Lansdowne funeral shooting

The other person shot, a 25-year-old man, remains in critical condition and police have not released his name at this time.

The shooting happened just before 1 p.m. at 3900 Hollins Ferry Road during the funeral of Marcus Brown, an 18-year-old who was shot and killed in the 1400 block of North Mount Street. Police say Maurice Brown is the older brother of Marcus Brown.

A new look at surveillance video from shooting appears to show a group separating from funeral service, an exchange happens, shots are fired & man falls to the ground as people start running away. Man talking in background is speculating what happened,he owns the video @WMAR2News pic.twitter.com/k9zV3J02kv

Baltimore County Police say they are continuing to investigate the shooting as they figure out how many suspects and weapons were involved and why this targeted attack happened.

Detectives are at the cemetary collecting evidence after the funeral double shooting. They are focusing on the area around a large tombstone a little bit away from the grave site @WMAR2News pic.twitter.com/72yvwaL70H

Click the picture below to see more from the scene: