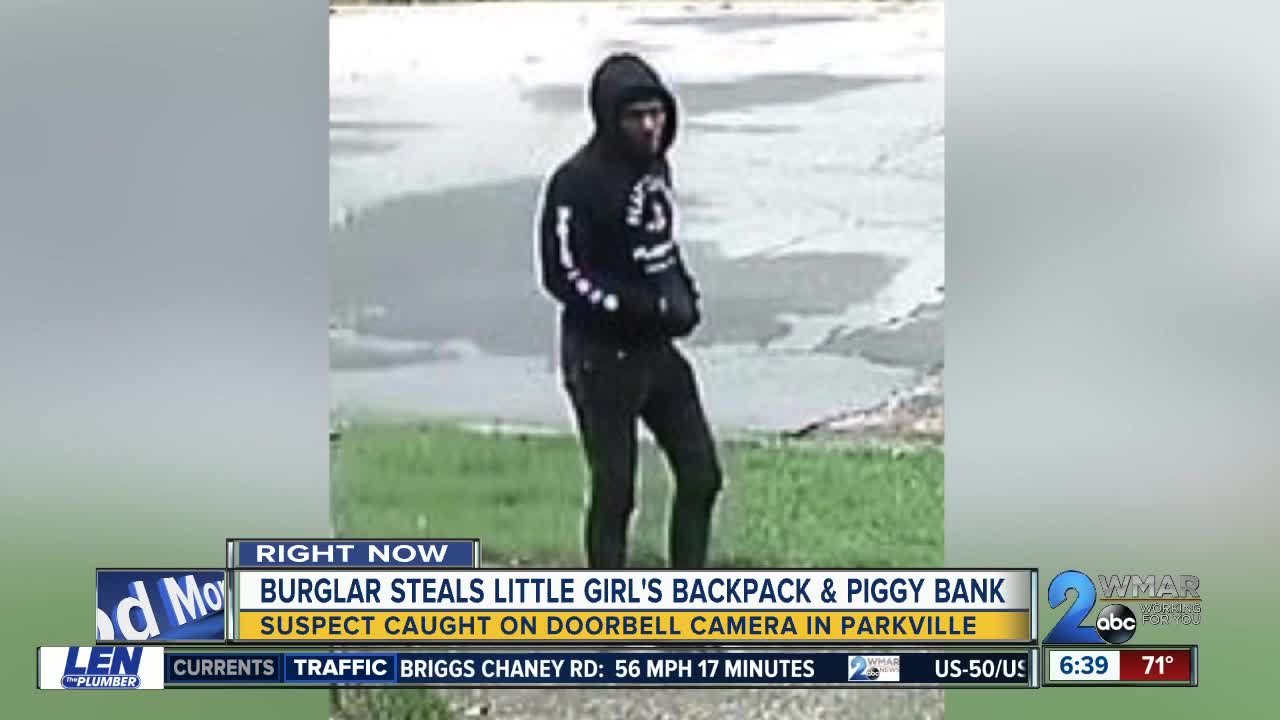 Police are looking for a burglary suspect who was caught on video leaving a home with a little girl's stolen backpack and piggy bank. 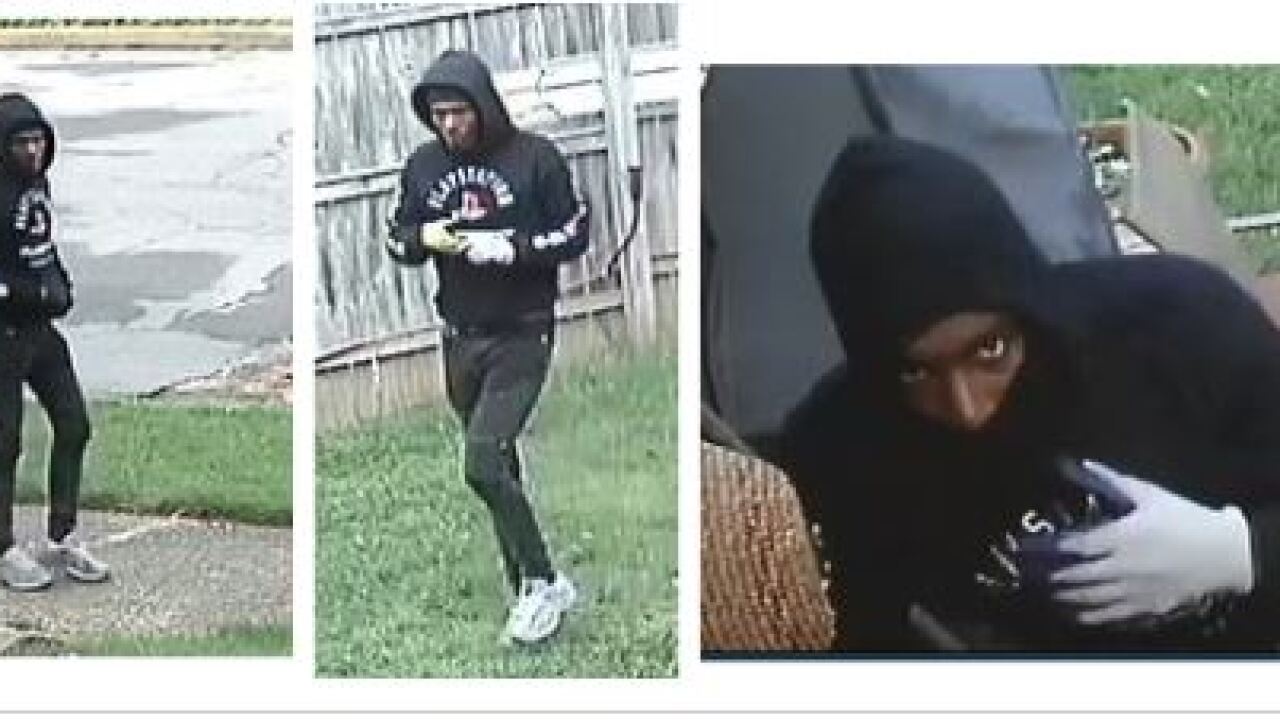 PARKVILLE, Md. (WMAR) — Police are looking for a burglary suspect who was caught on video leaving a home with a little girl's stolen backpack and piggy bank.

Before the burglary, home surveillance shows the suspect walking around the neighborhood by the lower end of Solar Circle, through Hillsway Avenue, up to Sindall Road, and then onto Ryewood Road.

The suspect jumped over a rear fence to enter onto the property, and first checked the backdoor of the home. It didn't open so he then tried to pry open a window, but saw he was on camera, at which point he decides to disable it.

Around 9:36 a.m. a doorbell camera at the front of the home captures the thief taking off with a child's Minnie Mouse backpack filled with other valuables he stole from the home including her piggy bank.

Detectives think the man may be from the nearby Northbrooke Township Apartments, and be responsible for multiple burglaries that occurred throughout May and June in the Hillendale and Harford Park communities including on Sindall Road and Wycliffe Road.